TV content has always been consumed in a structured manner, according to the dictates of the broadcaster, whether it is free-to-air or pay-TV.

This is something that continues to irk Azran Osman-Rani (pic above), group chief operating officer of Internet TV company iflix Group and chief executive officer (CEO) of its Malaysian operations.

Why must TV content be subject to programming schedules? And why must it be packaged in complex tiers and packages, and subscribers forced to pay for content that they don’t want?

These are but some of the concerns that convinced the exuberant 44-old-year to join iflix a year ago. His mission: To disrupt the way TV content is delivered to consumers.

“My 16-year old son remembers the concept of a TV channel growing up watching Disney, the Cartoon Network, and Nickelodeon,” he says.

“However, my 8-year old son, who may watch the same shows his older brother did, always does so on-demand, never having to wait.”

Azran was formerly the CEO of AirAsia X, AirAsia’s long-haul arm, where he helped scale its operation from zero to a RM3-billion business, which then culminated in its listing on Bursa Malaysia in 2013.

Upon leaving AirAsia X, he wanted to return to his roots of building a business from scratch, particularly in markets that many say are very challenging, if not impossible.

Today, Azran says he gets to do it all over again with iflix, something that he relishes.

“When Patrick [Grove] and Mark [Britt] approached me to join the iflix revolution, the first thing that resonated strongest for me was that this is the future model of how television content is consumed,” he says.

Grove is the founder of Catcha Group, the Kuala Lumpur-based Internet investment company behind iflix, while Britt is the group CEO of iflix.

When asked how confident he was about disrupting such an established business like broadcast TV, especially given that content is so expensive, Azran says it can still be done.

Firstly, an Internet-driven business allows it to start from a blank sheet without having to deal with legacy infrastructure, he says.

“Secondly, I have a resolute belief in quality and affordability, and that these will win it for us,” he adds.

Also, it’s important to have a reliable service that works, even with patchy Internet services, with bandwidth as low as one megabit per second (Mbps), a figure common in emerging markets.

Though it is still in a capital-intensive business, Azran says that iflix is privileged to have shareholders, directors, and business advisors from the top Hollywood studios who are willing to bet on the company because it is looking at building a footprint across 30 to 50 countries, instead of just buying the rights for a single, local market.

The company also plans to raise well over US$100 million to power its expansion in Asia, Azran says.

He also believes his deep familiarity with the media and entertainment space, including understanding local and Asian content preferences, is what will equip him to run this new business.

As of December, 2015, “iflix has already scaled to over 120 employees across Malaysia, Philippines, and Thailand, and we recently crossed our one-millionth account activation.

“Scaling at this pace requires proper planning to build the organisational foundations upfront.

“In my previous role, I went from a small project team to over 2,500 employees in a few years, and past experience has helped shape my ability to make this happen,” he declares.

As he returns to his entrepreneurial roots, Azran has this advice for others: “Be bold enough to try new things. Expect failure as when you’re doing something new, as it’s impossible to get things 100% right all the time.

“Just keep having a bias for action, and courage to try new things – and learn when things don’t go well, improve and adapt, and move on to the next new thing,” he adds. 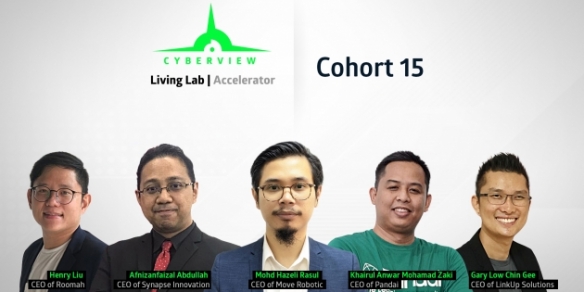