THE Internet of Things (IoT) space has grown substantially over the past few years with the emergence of connected devices like smart cars, drones and lights.

Dell Technologies has thrown its hat into the IoT ring and taken its first steps by establishing a new IoT division.

The news comes right after Dell’s IQT Day in New York where the company announced that it plans to spend US$1 billion (RM4.2 billion) in research and development over the next three years.

Dell’s new IoT division will be headed by Ray O’Farrell, who is also chief technology officer of VMware.

In a conference call with media and analysts, O’Farrell explained that many of its customers, not necessarily those in the digital space but even those in the agriculture and manufacturing sector, are going through a digital transformation and need to leverage on IoT.

Dell said the IoT division will not just focus on internally-developed technologies but also look at the broader Dell Technologies ecosystem to deliver complete IoT solutions.

The combination of artificial intelligence (AI), machine learning, the low cost of computing and system at the edge was boldly stated by O’Farrell as the ushering in the next industrial revolution brought together by IoT.

Dell terms the intelligence derived from insights provided by IoT sensors and central processing of data as the IQ of Things (IQT) and how it would eventually lead to an increase of productivity and impact on daily life with the emergence of smart cities.

“From centralised mainframes of yesteryear, the reality now is that distributed computing at the edge will tackle the issue of latency helping future solutions like autonomous drones and cars navigate. The possibilities are endless,” he said.

Dell said it is positioning itself to drive those innovations forward with flexible platforms that are improved by machine intelligence.

However, security concerns still remain for IoT devices as admittedly edge devices can be utilised to attack other infrastructure and even act as an entry point to the core data centre.

O’Farrell assures that security is a strong focus and products like VMware Pulse IoT Center are able to manage edge devices and push software patches.

“As IoT devices are long-lived, it is likely that most devices’ vulnerabilities need to be detected early and patched even after they are shipped,” he said.

The alternative to individually patching edge devices, O’Farrell said, is by enacting a gateway that is equipped with security software to detect any suspicious behaviour of edge devices and block them from linking back to the core data centre.

Apart from that, Dell said it is also looking at investing in promising startups in the IoT space through its venture arm, Dell Technologies Capital with the objective accelerating development and deployment of new IoT, AI and machine learning technologies and solutions. 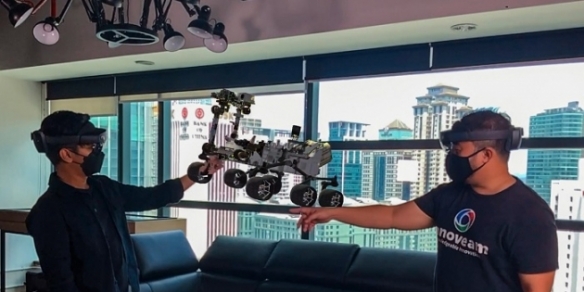