BANK of America Merrill Lynch, HSBC and the Infocomm Development Authority of Singapore (IDA) said they have jointly developed a prototype solution built on blockchain technology that could change the way businesses around the world trade with each other.

The application mirrors a paper-intensive Letter of Credit (LC) transaction by sharing information between exporters, importers and their respective banks on a private distributed ledger. This then enables them to execute a trade deal automatically through a series of digital smart contracts, HSBC said in a statement.

READ ALSO: Blockchain ain’t what you think it is, don’t get caught up with the tech

Trade finance processes are typically time- and labour-intensive, involving multiple documents and checks to reduce risk and provide assurance to sellers, buyers and their banks.

An LC or Documentary Credit is essentially a guarantee provided by a bank that a seller will receive payment from a buyer once certain conditions are met; for example, once the seller can provide proof that it has shipped the buyer’s goods.

With this concept, each of the four parties involved in an LC transaction – the exporter, importer and both of their banks – can visualise data in real time on a tablet and see the next action to be performed.

Each action in the workflow is captured in a permissioned distributed ledger, giving transparency to authorised participants whilst encrypting confidential data.

The proof-of-concept illustrated the potential to streamline the manual processing of import/ export documentation, improve security by reducing errors, increase convenience for all parties through mobile interaction, and make companies’ working capital more predictable, according to HSBC.

The consortium now plans to conduct further testing on the concept’s commercial application with selected partners such as corporates and shippers.

“Many people are talking about the theory of blockchain, but for the first time we can start to see how this technology might be used to solve the real-world challenges our customers face,” said Vivek Ramachandran, global head of product for HSBC’s trade finance business.

“Letters of Credit are an important part of the trade system, but they are based on 20th century technology, not 21st.

“Our challenge is to take this from concept to commercial use; making it quicker and easier for businesses to connect with new suppliers and customers at home and abroad,” he added. 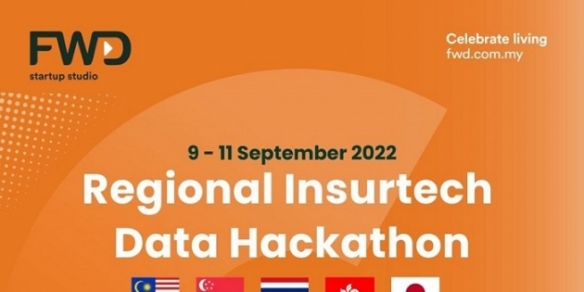