WHETHER you’re a die-hard enthusiast or just a casual sports fan, this year’s Olympic games held in London will be different. For the first time in history, viewers can catch the largest multi-sporting event not only on traditional TV channels but also over the Internet.

Beginning today (July 27) through to August 12, viewers in Malaysia and 63 other territories across Asia and Africa will be able to enjoy live coverage of the events as well as highlight clips over the Net, free-of-charge, and in high definition, YouTube’s parent company, Google, said in a statement.

Viewers will be able to watch the streams on the IOC’s YouTube channel, accessible online or Internet enabled devices like smart devices/mobile phones and other YouTube-enabled devices. The IOC’s live streaming on its YouTube channel consists of 11 different simultaneous high-definition broadcasts, all with English language commentary.

There are 10 live feeds from London 2012, running 9am to 11pm London time (GMT) plus a 24-hour broadcast of the Olympic News Channel, which includes summaries of the latest results, general reports on different events, and interviews with athletes. On some days, the starting and viewing times will vary due to competition schedule, Google said. Fans will also be able to catch up on highlights and full events — all organized by the day, medal event, or the sport. The IOC channel will also continue to feature historic content from past Olympic Games. In total, the IOC’s YouTube channel will offer over 2,200 hours of sporting event coverage from London 2012, including all the medals finals, Google said.

Besides viewing these live events, Google said it has also empowered viewers to gain extra information on a specific country or a sport category of your choosing.

For instance, a user searching on Google from a desktop, phone or tablet when the games start on July 27 for a country team like “Malaysia at the Olympics” or a popular sport like “badminton,” will find up-to-the-minute detailed information such as the schedule, medal count, and event records in your search results, the search giant noted.

It added that in its “Hot Searches” section of the site, it will analyze all the Games-related searches from around the world to determine which topics, athletes or events are being searched for by fellow fans around the world.

The analysis is updated hourly, and you can click on any search to read associated news articles. For those with Android-based phones and tablets, they will be able to find a collection of useful apps from results trackers to games for download on your Android device its app store, Google Play.

Fans can start experiencing this in the early hours of Saturday morning (Malaysian time), when Malaysians will join more than half of the planet — some 4 billion people — who will tune in to watch the London 2012 Games. To help you join in the excitement and glory of the Games, no matter where you are in the world, Google has put together a central place at google.co.uk/olympics. 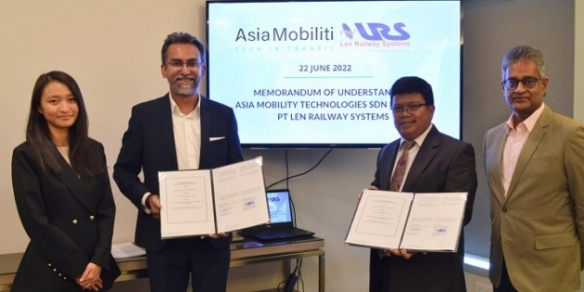