ENTREPRENEURS, startups as well as small and medium enterprises (SMEs) can look forward to a slew of incentives and aid next year under Malaysia’s national Budget 2016, which was tabled by Finance Minister Najib Razak in Parliament today.

While not much was announced on the technology ecosystem front per se, the Malaysian Global Innovation and Creativity Centre (MaGIC) was the big winner, getting an additional RM35 million to establish itself “as a Leading Regional Entrepreneurship and Innovation Hub,” he said.

This includes RM10 million as initial allocation for the Corporate Entrepreneurs Responsibility Fund, said Najib, who is also the Prime Minister.

This follows a host of allocations MaGIC has got in the last two national budgets. When Najib announced the Budget 2014, he had allocated RM50 million for the establishment of MaGIC. Later this was increased to RM70 million.

Under Budget 2015, he also announced a slew of allocations to boost entrepreneurship, with many of the programmes falling under MaGIC’s purview.

Other entrepreneurship-related allocations include:

The MaGIC allocation was part of Najib’s proposal that 2016 be declared ‘Malaysia Commercialisation Year,’ as an effort to spur the commercialisation of R&D (research and development) products by local research institutions.

Other initiatives to be implemented include:

Najib also said that RM100 million would be provided by Communications & Multimedia Ministry for eRezeki and eUsahawan programmes which is expected to benefit some 100,000 underprivileged people.

Meanwhile, recognising that the majority of Malaysian mobile phone users, especially youth, are on prepaid accounts, the Government will be providing rebates on the Goods and Services Tax (GST) for prepaid cards, Najib said.

The hotly-debated GST of 6% was rolled out on April 1, and created an outrage immediately when it was imposed on prepaid users. Previously, telcos had absorbed the Sales and Service Tax, which was also at the same rate of 6%.

Saying that infrastructure was a catalyst for social and economic development, Najib announced that the Malaysian Communications and Multimedia Commission (MCMC) will be allocated RM1.2 billion to improve the country’s telecommunications infrastructure.

These include “rural broadband projects which will see a four-fold increase in Internet speed from 5Mbps (megabits per second) to 20Mbps; a National Fibre Backbone Infrastructure; High-Speed Broadband; and undersea cable systems,” he said.
.
This follows measures Najib announced in May under the 11th Malaysia Plan 11MP, the latest in a series of five-year national development programmes, which included two new infrastructure initiatives as well as efforts to drive down the cost of access.

Under the 11MP, the Malaysian Government is targeting broadband infrastructure to reach 95% of populated areas, and to make broadband more affordable, targeting subscription prices at 1% of gross national income (GNI) per capita for fixed-lined broadband.

However, the Budget 2016 broadband measures still fall short of what many, including the National ICT Association of Malaysia (Pikom), were hoping for.

In a statement released earlier this week, Pikom said that the “cost of Internet connectivity in Malaysia is still simply too high.”

The association had recommended that the Government seriously look into regulating the broadband rates by telcos, “and foster competition to encourage greater uptake of broadband.”

According to the latest State of the Internet study by US-based Akamai Technologies, while Malaysia has been making progress on the broadband front, the country now ranks behind Sri Lanka and Thailand in average Internet speeds.

Malaysia was also listed in 70th place worldwide, with its average Internet speed of 5.0 megabits per second (Mbps).

Malaysia does not fare much better when it comes to wireless broadband either. According to a Digital News Asia analysis in May, the country is seriously lagging behind its Asean neighbours in terms of cost-per-megabit.

For the full text of Najib’s Budget 2016 speech, click here. 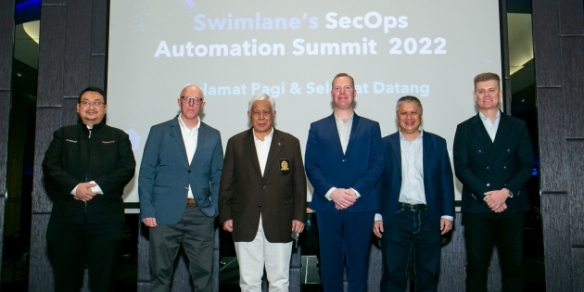