IN its proposed national budget for 2015, the Malaysian Government announced several incentives and measures that directly or indirectly would be of benefit to the ICT ecosystem, but some industry players believe that more could have been done to further grow the ecosystem.

Below are some of the measures and incentives announced for Budget 2015, or click on the accompanying infographic (courtesy of iMoney) to enlarge: “This augurs well for MDeC’s efforts to accelerate the export contribution of Malaysia’s higher-margin ICT Services sub-sector,” she said in a statement.

IDC Financial Insights Asia/ Pacific market analyst Ho Sui-Jon welcomed the Government’s High Speed Broadband (HSBB) move, saying that the investment would take the country to a “more competitive position” in terms of cost, speed and coverage, compared with other countries in the region.

Startups: More than meets the eye

While some may argue that a bulk of the incentives appeared to be more related to SMEs and not so much related to startups, Technopreneurs Association of Malaysia’s Policy Institute (TeAM-PI) director Dr V. Sivapalan felt otherwise.

“On the contrary, there was a lot for the tech ecosystem actually, albeit some of it was indirect.

“Although, at a glance, there doesn’t seem to be a lot of direct impact for tech entrepreneurs, if we study the Budget 2015 in detail, there is probably more in this budget than meets the eye,” he told Digital News Asia (DNA) via email.

“For example, in terms of loans and investments, there are programmes like the Investment Account Platform (IAP) for Syariah (Islamic jurisprudence) compliant businesses (which most tech companies would qualify for); the SME Investment Partner programme which is a matching grant for investments (with SME Bank putting in the same amount of funds that the private sector puts in); and the Bumiputera Entrepreneur Startup Scheme.

“There is also more funding for R&D&C, the Public Private Research Network, the Technology Commercialisation Platform Programme (by AIM), and the Services Export Fund. “All these will help tech companies export their services. So generally, there is a lot being offered to the ecosystem here,” Sivapalan said.

“The RM1.3-billion allocation to MOSTI and establishing MaGIC (the Malaysian Global Innovation and Creativity Centre) to enhance innovation and commercialisation is a testament to this …

“… Malaysia’s Budget 2015 sees IT playing an increasing important role in the nation’s business transformation, and we expect this will establish Malaysia’s position as an innovation hub in the region and around the world,” Chua said in a media statement.

Could have been better

Nevertheless, some industry players and stakeholders believe that more could have been done to further strengthen the ICT sector.

Cradle Fund Sdn Bhd chief executive officer Nazrin Hassan said he had hoped the Government would introduce some form of tax incentives to encourage big companies to invest in startups. “I think there was a missed opportunity here to introduce the Corporate Tax Incentive (CTI), which is a 1-to-1 tax deduction for big companies to invest in tech startups, as proposed by TeAM-PI,” he told DNA.


“The Government is doing more, and moves like the SME Investment Partners programme and the IAP are good matching funds to start attracting private capital to play their role in funding and providing venture capital.

“But I think had the CTI been implemented, it would have done more to help rejuvenate the flagging venture capital space, without [the need for] more direct intervention funds by the Government,” Nazrin (pic) said via email.

For Budget 2015, TeAM-PI had submitted three proposals, with the first being the introduction of the CTI.

The second proposal was a double tax-deduction incentive for companies that adopt Malaysian-made technology, including software subscription services.

Its third proposal was to amend the country’s bankruptcy laws to allow for an automatic discharge after three years.

Currently, there is no provision for an automatic discharge, which essentially means that risk-taking is discouraged and failure is punished severely. For cases where the principal amount owed is below RM100,000, TeAM-PI had proposed a maximum period of two years followed by an automatic discharge.

Although none of its three proposals made it to Budget 2015, Sivapalan remains positive and does not plan to give up pushing them.

“On the whole, it was a good Budget for entrepreneurs, but it could have been better if [the Government] had adopted our proposals.

“But Rome was not built in a day, and it will just take a bit more time for the Government to see the merits of our proposals, and we will work on them being adopted in the next Budget or the next Malaysia Plan,” said Sivapalan.

The Malaysian Plans are five-year national development plans. Budget 2015 is the last annual national budget under the 10th Malaysia Plan, with the 11th Malaysia Plan expected to be unveiled next year.

Meanwhile, the National ICT Association of Malaysia or Pikom felt that there should have been more ICT-focused initiatives under Budget 2015.

Its chairman Cheah Kok Hoong said that the association is pleased with measures like the reduction of both personal and corporate income taxes; the moves to increase broadband penetration; the incentives to encourage R&D; and other initiatives.

However, he said he hoped that the Government could have addressed the ICT industry’s concerns.

“In summary, Pikom feels that Budget 2015 addresses the immediate need to lessen the burden on the people. However, it should have addressed the ICT industry’s concerns such as zero-rated GST on ICT products, and the need for more competitive broadband rates,” said Cheah.

“I think the effort to build and grow the entrepreneurship ecosystem will continue as usual. A lot of efforts have been spent on this, and we are already beginning to see some momentum going.

“I expect more development in this space next year as we move along,” said Jamaludin when contacted by DNA. 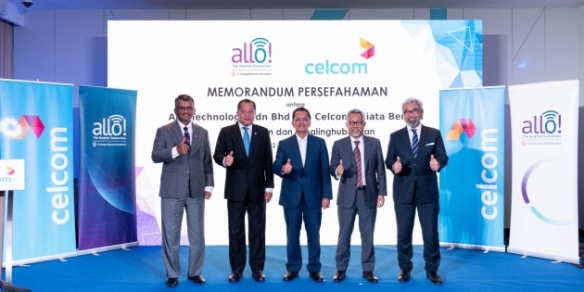