BROCADE Inc has announced a partnership with CERN openlab to help the world’s largest and most respected centre for scientific research develop a long-term software-defined networking (SDN) strategy for the New IP (Internet Protocol).

Brocade has been named an official networking contributor member to CERN openlab, building on its previous relationship as a technology supplier to CERN, the company said in a statement.

Created in 2001, CERN openlab is a unique public-private partnership between CERN and leading ICT companies from across the world. Its mission is to accelerate the development of cutting-edge solutions to be used by the worldwide Large Hadron Collider (LHC) community.

Brocade said it will be collaborating with CERN openlab on a new solution designed to help the organisation address the long-term challenges facing its network infrastructure.

Due to the nature of the research carried out by CERN, the organisation generates extremely large data volumes and therefore needs an efficient, scalable, and flexible network in order to handle traffic spikes, Brocade said.

“As one of the most complex machines ever built, the Large Hadron Collider requires cutting-edge ICT solutions both to control its operations and to analyse the vast amounts of data produced by the experiments,” said CERN openlab head Alberto Di Meglio.

“This means that we are often at the very forefront of what is possible in terms of network and infrastructure management.

“We are pleased to be collaborating with Brocade to help develop a modern and agile network that will support CERN’s research in the years to come,” he added.

The project with Brocade is intended to create a future-proof network based on the New IP and featuring a framework of SDN applications to optimise the routing of data traffic entering and leaving the organisation.

The open SDN solution will be based on OpenFlow and will utilise the Brocade SDN Controller and Brocade Flow Optimizer application to increase network performance, proactively improve capacity planning, and eliminate network congestion.

The solution will also use OpenFlow-enabled Brocade MLXe routers and ICX switches.

“Research carried out by CERN is crucial to answering many of humankind’s questions about the origin of the universe and information technology plays a critical role in enabling these experiments,” said Sean Ong, Malaysia country manager for Brocade.

“CERN openlab’s commitment to open source technology is a key part of what has made it an IT pioneer over the last 14 years. As a founding member of the OpenDaylight Project, Brocade has been leading the industry’s transition to open SDN.

“We are very excited to be a part of CERN openlab and look forward to working closely with CERN to help deliver efficient, scalable SDN solutions it needs to continue its research,” he added. 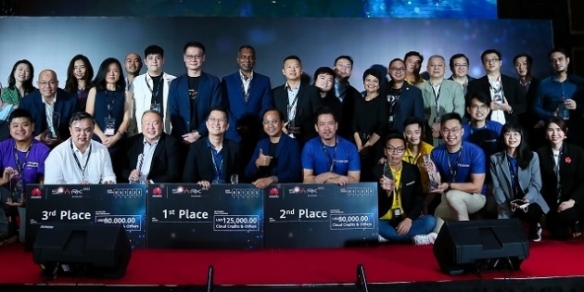