THERE has been consistent support from the Government for Malaysia’s biotech ambitions which are centered on the 15-year National Biotechnology Policy (NBP) launched in April, 2005.

The latest indication of support is the RM100 million (US$33 million) earmarked for Bio-XCell, the country’s first dedicated biotechnology business park in the Iskandar development hub in the southern state of Johor.

This is on top of the RM100 million kick-off funding it received at its launch in 2010, which was for a period of two years. Bio-XCell is 60% owned by Biotechnology Corporation and 40% by UEM Land Bhd.

The stronger funding support is needed as the NBP has moved from the capacity- building focus of Phase 1 to the Science-to-Business Phase 2 which focuses on the business aspects, including developing expertise in drug discovery and development based on natural resources; encouraging new product development; and pushing for technology acquisition and licensing.

Bio-XCell is seen as a key enabler for Phase 2. As its name suggests, the park is custom-built to help accelerate the ambitions of biotech companies that wish to base themselves in a supportive ecosystem with readily available talent, resources and complementary players.

The key areas that Bio-XCell is focusing on are industrial and healthcare biotechnology and R&D.

Bio-XCell itself is a one-stop agency that aims to promote the development of a supportive biotechnology ecosystem around strategic anchor tenants. The job of ensuring the pieces falls into place lie with Rizatuddin Ramli (pic), its chief executive officer.

With the boost of India’s largest biotechnology company, Biocon, as its anchor tenant with a total RM1.972 billion (US$644 million) investment for its insulin facility, Rizatuddin says the team at Bio-XCell has been working hard at building a base of tenants at the park that will be complementary to each other’s needs, besides being attracted to the offerings and incentives at Bio-XCell.

“We already have 12 companies in our pipeline, three large ones which are keen on taking up quite sizeable land for their plans, and nine medium sized to smaller companies interested in the four shells that we have built,” he says, declining to share any names until the deals are signed.

Aside from Biocon, in the healthcare space is Agila Biotech, a subsidiary of India's Strides Arcolab which will produce biotherapeutic products and perform contract manufacturing as well. The industrial biotech companies comprise METabolic EXplorer from France, which will be the first in the world to produce 1:3 Propanediol from crude glycerine; and US-based Glycos Biotechnologies, which will produce isoprene, used in synthetic rubber, with an initial investment of US$14 million.

According to Rizatuddin, Bio-XCell is targeting companies that are typically looking for three things: Ready-made infrastructure and facilities; a talent pool; and the tenant mix of the biotech park.

The latter is because companies want to be in a synergistic cluster where they can also use each other’s products and services to keep costs down and maximize resources. In that sense, this is not unlike the way tech companies and suppliers cluster together.

At the same time, he is also excited about the October signing of a S$1.5 billion joint venture between Ascendas Land International of Singapore and UEM Land to develop a technology park in Iskandar Malaysia.

The 210ha tech park will be located in Nusajaya and offer quality infrastructure to support a range of industries such as electronics, pharmaceutical and medical devices, food processing, precision engineering, fast-moving consumer goods, logistics and warehousing and general engineering services.

“I think we can work together in a synergistic cluster,” he says of that development.

Among the services Bio-XCell is offering to its tenants that is “synergistic” with their needs is the Standard Shell Scheme (Shells) which essentially provides tenants with a readily available plant in a standardized layout which “basically allows tenants the flexibility to move right in and renovate or fit-out the space according to their operational needs,” says Rizatuddin.

The idea is that some tenants may want to move in right away while waiting for their main facility to be ready, and the Shells provide a convenient interim location.

For instance, Biocon’s biomanufacturing facility will only see full production in 2016 but it has its existing manufacturing base in India to rely on in the meantime. Other companies will likely not have the resources of Biocon and hence the attraction of the four Shells offered.

Long-term lease of up to three years is available and with a first-come first-served basis, the nine companies are racing among themselves to determine who gets the four Shells.

“But if there is demand for more, we can build a few more,” says Rizatuddin. The Shells are also for sale at between RM7 million to RM8 million.

The Shells are not stand-alones though and come complemented by the RM44.7-million Central Hub. To be ready by third quarter of 2013, the Central Hub is expected to serve as the focal point in the Bio-XCell biotechnology park, acting as a catalyst for biotechnology ecosystem in Iskandar Malaysia.

The multi-purpose complex, comprising a business building, a science building and an auditorium, provides a collaborative environment for the biotech community Bio-XCell is building.

Companies will have access to serviced office suites, high-speed broadband, a business center, business lounge, meeting rooms, and 20,000 sq ft of lab spaces to accelerate their business operations and technological developments. It is designed with elements of a green building.

Beyond the facilities and services offered, three technology platforms will offer tenants value-added services. These come from three companies that BiotechCorp had acquired/ licensed which tenants at Bio-XCell will enjoy at nominal cost:

Once Bio-XCell is fully operational, it will create 3,000 job opportunities in the next five years. Cognizant of the current talent shortfall in this space, Rizatuddin says that aside from the various ongoing programs to build a biotech talent pool, around 20% of foreign talent will be engaged to support the industry. 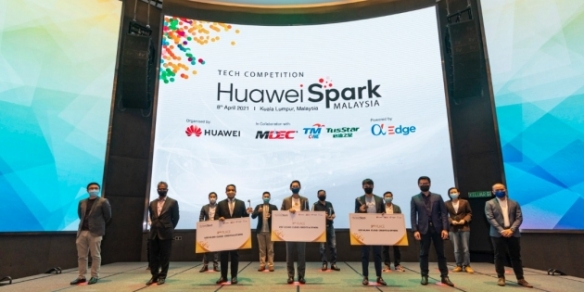