THE National ICT Human Resource Task Force has submitted a new proposal to the Government to establish the once-controversial Board of Computing Professionals Malaysia (BCPM).

Task force chairman Professor Khairuddin Ab Hamid (pic), said the proposal was submitted to the Economic Planning Unit and the Ministry of Communications and Multimedia.

“In order to compete and grow globally, we need to institutionalise the IT profession and [its] standards by having a national IT professional body,” Khairuddin told Digital News Asia (DNA) in an interview in Putrajaya recently.

The task force has made its presentation to the Ministry’s technical committee. The next step would be to present the idea to the management of the ministry, according to Khairuddin.

“We are still at the early stages before the proposal can be tabled to the Cabinet. It may take about two to three years before it can materialise,” he added.

Khairuddin said that this would be the second time the industry is submitting its proposal on the BCPM. Initially, it had sent the proposal to the Ministry of Science, Technology and Innovation.

He revealed that the matter was very close to being tabled at Parliament. However, due to a reshuffling, a big chunk of the ICT portfolio is now under the Ministry of Communications and Multimedia.

Khairuddin said that other countries such as Australia and the United Kingdom have professional bodies that are responsible for the IT profession and IT industry standards.

He argued that the formation of such a professional body in Malaysia would play a vital role in the growth of the national ICT industry.

“In Malaysia, the IT industry has recorded an average growth of 10% annually for the last five years. It is expected that this industry will contribute 20% of our gross domestic product (GDP) by 2020.

“As we can see, IT is not just for IT industry. It also acts as an enabler across all sectors, both government and private, to drive higher efficiency and productivity,” he said.

The initial BCPM proposal became public after a working draft was leaked online in late 2012, sparking a backlash from the IT community over new legislation – the Computing Professionals Bill 2011 (CPB2011) – which sought to regulate information technology professionals and called for, among others, the formation of the BCPM, and to register and certify all IT professionals.

It was heavily criticised for making certification mandatory for those who work on projects deemed of strategic or critical importance, and for the ambiguous definitions it contained. Critics also said the proposed Bill would stifle innovation and creativity and could potentially force companies to relocate from Malaysia or shut down.

The proposed bill also signalled the country’s intention to be a signatory to the Seoul Accord, which requires the formation of a national body like the BCPM.

The Seoul Accord is a multi-lateral mutual recognition agreement that wants to prepare ICT graduates for professional practice with a set of international standards for computing programmes, and by sharing best practices for computing education.

In addition to a professional body to aid in the ICT industry’s growth, there is an urgent need for universities and industry players to work together to produce higher quality ICT graduates and help fill the demand and supply gap in human capital, said Khairuddin, who is also vice chancellor of Universiti Malaysia of Computer Science and Engineering (UniMy).

He said that Malaysian universities are producing more IT graduates, which is what the industry needs on the surface level. However, the issue of graduates not being able to find jobs in the industry, and that of industry players having difficulty recruiting young talents, still persists.

“However, when comes to employment, the industry only employs about 10,000 [hypothetically] because not all graduates are industry-ready. Hence, there’s insufficient talent for the industry,” said Khairuddin.

He said that key to addressing this issue is for universities to work closely with ICT companies in areas like curriculum design and development training, student internship and others – in short, to come up with better ways to link students to industry and market.

“I believe that universities have to step up, they need to come up with ways to link students with the industry.

Khairuddin said he hopes that UniMy can be one of the answers in addressing industry needs, adding that the university is working closely with ICT players so that the courses it develops are closely linked to industry demands.

“Our partners, such as Microsoft, Dell, Autodesk, IBM and Huawei, played a key role in providing input on the modules and curriculum. We want the students to be industry-ready as soon as they graduate,” he added. 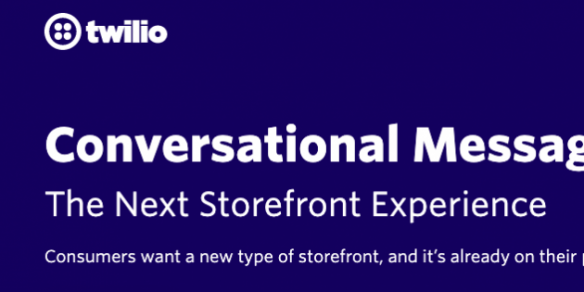