THE Asian mobile industry generated US$1.3 trillion in economic impact in 2016, a figure that is expected to continue to grow in the coming years, but the industry’s continued impact relies on new regulatory frameworks and cooperation amongst operators, both of which should favour more growth, according to the GSMA (GSM Association).

Speaking at the opening keynote at the ongoing Mobile World Congress Asia, director general of GSMA Mats Granryd (pic, above) said that the revelation of such figures cannot be understated as it is roughly equivalent to 5.2% of the region’s GDP (gross domestic product)

“[Those figures aside] the industry employs 16 million people directly or indirectly and contributes to US$166 billion in public funding, not taking into account spectrum licensing fees,” he said.

Themed The Human Element, the four-day event is being held in Shanghai, China for the 6th time. This satellite event, organised by the GSMA, is the Asian leg of the global conference held in Barcelona in February annually. The event is the largest mobile industry gathering of vendors, operators, analysts and the media for the region.

Granryd said besides the economic impact in dollar terms, the mobile industry is also fuelling other adjunct industries such as manufacturing and mobile software.

He said traditionally, China, Japan and South Korea have been the driving forces in devices manufacturing. However, this sector has started booming in countries such as Indonesia, Vietnam, Thailand and Philippines.

“And there are nearly 290 active incubators or accelerators in 13 countries across the SEA, that are involved in the industry,” he claimed, alluding to the mobile software and services ecosystem industry.

Granryd however said the continued impact for the mobile industry would rely on governments, through their regulatory bodies, as well as forward-thinking regulatory framework support because it is the sound foundation for investment, innovation and healthy competition, which benefits the industry as a whole.

“Particularly important is the timely release of a harmonised spectrum plan with the right conditions including approval and consolidation, in order to drive investment while maintaining the right conditions for competition,” he argued. “This is crucial for a rich and vibrant digital economy to flourish." GSMA chairman Sunil Bharti Mittal (pic, above), stressed that despite the mobile industry having impacted so many lives on the planet, there is still much to do.

“Two billion people are still not on mobile networks, and many of them reside in large parts of Asia,” he stressed in his keynote address.

“And the region only records 48% Internet penetration, less if you take away the percentage of developed nations from this figure.

“Then there are issues such as gender inequality, where women are less connected to the Internet than men,” he added.

Mittal challenged the mobile industry, in particular operators, to step up by thinking beyond the competition and trying to work together for the greater good.

In this respect, China has shown the way because serious scale is needed in these efforts, he pointed out.

“What can the industry do to mitigate this situation?” he asked. “We need to invest and put more networks in deeper rural areas, and this can only happen through more significant investments and the sharing of infrastructure in rural areas. This is one of my [top] agendas in the GSMA.

“The power of scale brings lower tariffs and lower rates [to all], he said. “[In this respect] I appeal to regulators to allow consolidation in the sector.”

Mittal also said the industry needed to build trust and credibility with consumers, and one area that can be worked on is to mitigate the high rates of roaming, both domestic and international rates.

“Again China has shown the way as all three operators have abolished domestic roaming, and by Oct 1, users can domestically roam with charges. In fact, I believe by the time we meet in Mobile World Congress in Barcelona in 2018, roaming will not be an issue anymore."

He concluded his keynote by stressing the need for 5G spectrum standardisation.

“Moving into 5G, Asia has taken the lead and will enjoy the benefits but spectrum needs to be taken care of – in terms of availability, pricing and taxes,” he said.

“There is a need to combine the industry force with regulators to deliver the full impact of the benefits of mobile telephony to the entire population of Asia in the shortest time possible.”

Edwin Yapp reports from the Mobile World Congress Asia in Shanghai at the invitation of ZTE Corp. All editorials are independent.

GSA and GSMA to collaborate on spectrum for 5G networks 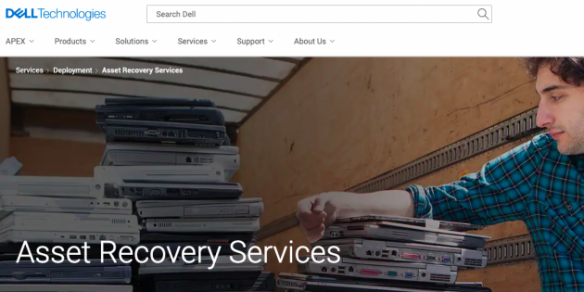