CONVERGENCE in the telecommunications field has been the buzzword in recent years, with some notable mergers and acquisitions (M&As) taking place internationally as a result, such as the much-anticipated and ongoing Cablevisión-Telecom merger in Argentina.

Closer to home, some analysts believe that telcos in Malaysia too will not escape this trend. As PublicInvest Research telco analyst Eltricia Foong notes in a report dated July 4: “The bundling of disparate communication, entertainment and utility services in a single package will be the direction where Malaysian telcos are heading in order to remain relevant in the fast-changing telecommunication and internet industry.”

Foong notes that in situations where the lack of presence affects an operator’s ability to move to quad-play, acquiring peers that provide complementary services would be a possible option.

Potential M&As and their benefits

Foong adds that the research house believes that this path would create M&A opportunities in Malaysia, with the potential integration of Telekom Malaysia Bhd (TM) with Axiata Group Bhd, and Maxis Bhd with Astro Malaysia Holdings Bhd (Astro).

“Among the incumbents, only Telekom (TM) focuses on convergence but we reckon that for it to achieve this, it would need to invest heavily into the wireless business. Market chatter has been rife about a potential merger between TM and Axiata, which we do not rule out the possibility given the potential synergies i.e. extensive broadband and mobile network, enlarged customer base, cost savings from sharing of resources,” Foong says, adding that Celcom would provide TM the immediate entry into the wireless market than re-building a new business via Webe, which could take years before achieving stability.

PublicInvest also supports the notion that Maxis and Astro make a good pair as a merger with Astro would allow Maxis to offer pay TV services and digital content that complement its existing mobile services.

“We note that Astro and Maxis are already co-marketing their products with Astro gaining wireless access on the go for its content while Maxis is able to bundle its fibre with Astro IPTV. Given the emergence of OTT [over-the-top] rivals, we believe Astro would be able to compete more effectively if it has greater access to wireless and broadband networks. This would enable the achievement of technological convergence by merging Maxis’ wireless and broadband networks with Astro’s content offering capabilities.” “I believe Malaysian telcos are fully informed of the benefits they could reap through convergence which is why they are embarking on this program to capitalise on the opportunities. This innovative approach is needed to improve on the trend of stagnant service revenue and to address the loss of market share due to intense competition.”

He highlights that as a telco’s product offerings become similar in its industrial structure, more market convergence will probably occur.

“There is market talk about the possible merger of a local fixed line operator with a mobile network operator.  Since both companies are in the same business, a merger between the two giants would create both cost and revenue synergies,” Armand says.

“In-country consolidation offers additional benefits in terms of achieving higher economies of scope. But more importantly, with the stiff competition, rising costs, dwindling market share and with the expensive prospect of rolling out new 5G networks, M&A is a solution to address all these problems.”

Armand also notes that the prospect of being able to tap into each other’s organisational learnings, knowledge transfer, access to new markets are some of the benefits of the horizontal mergers which would drive M&As in the Malaysian telco sector.

He believes that instead of instead of developing new products and services all by themselves, merging with an established player in the market offers a better investment strategy. Furthermore, a ‘horizontal merger’ could increase revenue by offering an additional range of products to existing customers and reducing the threat of competition in the marketplace.

Growth is essential for the survival of any entity, says Armand, hence relying on new customers to drive growth is no longer a feasible option.  “M&As present an opportunity for Malaysian telcos to achieve growth through two major means, organic and inorganic.  A skilfully executed M&A strategy can open the door to increased opportunity.  It could also provide the fastest route to growth.”

A different take on M&As She doesn’t discount M&As in the domestic telco sector. “Consolidation is certainly possible given the current level of competition in the market but it might be limited to selected telcos. This is because some telcos have already started to take action to optimise cost and this will be reflected in their improved near-term performance.”

Quah however, believes that the M&As happening anytime soon is improbable. “Convergence would be imminent if there had been high capex expenditure paired with low subscriber take up. In the case of Malaysian telcos, the smaller players had partnered with the more established players to minimise risk and achieve cost savings.”

She notes that since there had not been full 4G LTE network deployments by the smaller players such as REDtone, Altel and Asiaspace, the likelihood of M&As happening in the near future is low.

“As a recap, Maxis and REDtone had agreed on an infrastructure and spectrum sharing agreement in July 2012 to achieve cost savings while maximising the use of spectrum. REDtone’s capex would have been US$94 million (or RM390 million) to comply with its 50% rollout requirement but this was mostly replaced through use of Maxis’s existing network infrastructure and leasing capacity. Similarly, Celcom Axiata and Altel partnered in July 2013 on infrastructure sharing and spectrum pooling of 2x10 MHz of 2.6 GHz band for 4G LTE deployment.”

Quah believes a similar story will happen with 5G. She says that if third party infrastructure provider is not appointed for 5G similar to Digital TV in the upcoming 5G spectrum allocation, there will more likely be network and/or spectrum sharing than M&A.

Quah predicts that Malaysian telcos, like their counterparts overseas, will be looking to increasingly tap on the enterprise segment to increase revenues.

“This will be enabled by increasing active partnerships with enterprises on new business e.g. in the Internet of Things or IoT space. Such partnerships involve telcos increasing their scope of contribution beyond the traditional connectivity services,” she opines.

PublicInvest Research’s Foong believes that in the medium term, the telco sector is likely to experience a continuing trend of falling service revenue due to a competitive industry landscape. The research house has projected muted earnings growth over the next three years, maintaining a neutral rating on the Malaysian telco sector.

IDC Insights’ Armand is similarly realistic about the domestic telco sector. He points out that the Malaysian telco sector accounted for USD$8.5 billion in revenue in 2016, an increase from USD$8.425 billion in 2015 (1%, YoY growth). He expects growth to remain flat in 2017 and 2018, and then decline further in 2019 onwards.

“The consumer market plateaus because of competition and market saturation. With Webe joining the mobile market, the Malaysian consumer is spoilt for choices in the telecom space. And as telcos become more aggressive with their offerings to retain their market share, the road to profitability would be difficult one.  To overcome this, telcos must seek ways to strive for scale and to offer converged solutions to their customers.”

Armand highlights that as companies such as Facebook, Viber, WhatsApp and Twitter encroach on the telco industry, CSPs (Communication Service Providers) need to find new ways to overcome these threats.

He advises that Malaysian telcos focus on rapidly implementing new digital platforms and structures while revamping their go-to-market strategies.

“The transition to digital platforms and IP-driven networking will be a significant undertaking that will help drive new cost efficiencies. Digital transformation also facilitates improvements in customer responsiveness, agility, and innovation. These are all crucial tools essential to drive new revenue and opportunities for CSPs as growth slows and legacy infrastructure and services are retired.”

As the Malaysian economy continues to display sluggish growth and uncertainty, CSPs should continue to broaden their product offerings, he emphasises.

“Selling the same services via the traditional model is no longer the high-growth business it used to be.  Continued focus on digital transformation will allow CSPs to improve on network efficiencies and innovation while increasing their interactions with customers to drive new revenue. It also provides a platform for the further integration of mobile/wireless and Internet Protocol networks to facilitate innovative new service offerings.”

It will be interesting to see how the above analysts’ predictions pan out. M&As of any kind are big news and if the crystal ball-gazing proves true, this could mean exciting times ahead for Malaysian telcos. 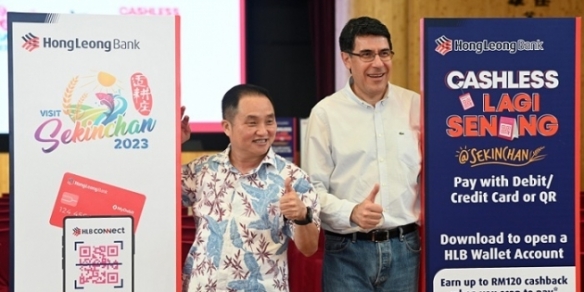