THERE are more than 650 million people in Southeast Asia currently, making up over 8% of the world’s population. The relatively young population (the median age is 28.8), as well as growing technological advancement and private consumption in this region are just some of the draws for major cloud players such as Amazon, Google and Microsoft.

Digital News Asia recently caught up with Alibaba Cloud Asean and ANZ head Raymond Ma for his thoughts on cloud adoption in Southeast Asia and where it is headed.

At the outset, Ma stated Alibaba’s commitment to Southeast Asia when asked what the company’s overarching strategy is for the region.

There will be no cherry-picking

What are the key markets they are focusing on in Southeast Asia?

Ma spoke in general terms, saying that he doesn’t think any particular country is more important than the other.

“The whole market is under my radar. This means that if there are any good opportunities, partner or ecosystem, we are willing to help that market to adopt digital transformation. For the next step, we want to partner with local partners in different countries, we want to focus on big data, security and AI technology benefitting the industry transformation.”

Ma highlighted that Alibaba is the only global cloud player who has more than one presence in Southeast Asia, whereas the other global players are more focused on Singapore.

Alibaba is present in 14 countries globally (which already have data centres), and the plan is to open data centres in Malaysia, Indonesia and India, as previously mentioned.

While Ma declined to disclose targets or numbers concerning their data centre and cloud plans, he did say that they will have multiple data centres in each region they are in.

“Right now, we’ll set up the data centres in Malaysia and Indonesia. We also have a local team in Malaysia, and another in Indonesia,” he says.

“And later, we will bring the technology here, after we launch the data centres. We’re also building the ecosystem, we’re not only focused on the infrastructure but also on training people to use the platform. We have a global startup programme to support local startups to support the cloud and big data programme. Secondly, we have the Alibaba Cloud Professional certification, that is our certification for cloud and big data.”

However, despite their plans, it cannot be denied that Alibaba Cloud is late to the game, with Microsoft, Amazon and Google already aggressively expanding into Southeast Asia.

When asked what Alibaba Cloud’s competitive advantage and differentiating strategy is in Southeast Asia, Ma acknowledged that from the global perspective, Alibaba Cloud has come to this market a little later than its competitors.

However, he believes it is not too late. “We started our journey early and have accumulated very good technology, and experience. The second point is that all the technology is based on our business- and has been proven by large-scale users in China, and is cutting edge. China is leading the digital transformation and also the growth of Alibaba Cloud,” he explains.

Ma also points out that Alibaba has acquired new companies that have cutting edge technology such as machine learning, artificial intelligence (AI) and Internet of Things (IoT), to enhance its capabilities. In addition, they are the only cloud company from Asia, hence they have cultural similarities with the local markets, he says.

When asked if Alibaba Cloud’s strategy is mainly pricing-based, he replies: “It is not just pricing, we have very good big data and AI technology. That is aligned with our experience in e-commerce, finance, logistics and other areas. The second thing is security, we have very good security technology. We helped Air Asia prevent an online attack. Also, we helped an online gaming company prevent a DDos (Distributed DoS) attack as well.”

He also notes that they have a good ecosystem for the region, through sister companies such as Alipay, which have businesses in the region. “We can easily align with them to serve our clients.”

Next page: Walking together, offering more 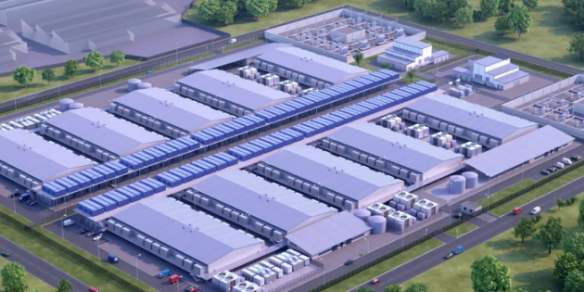