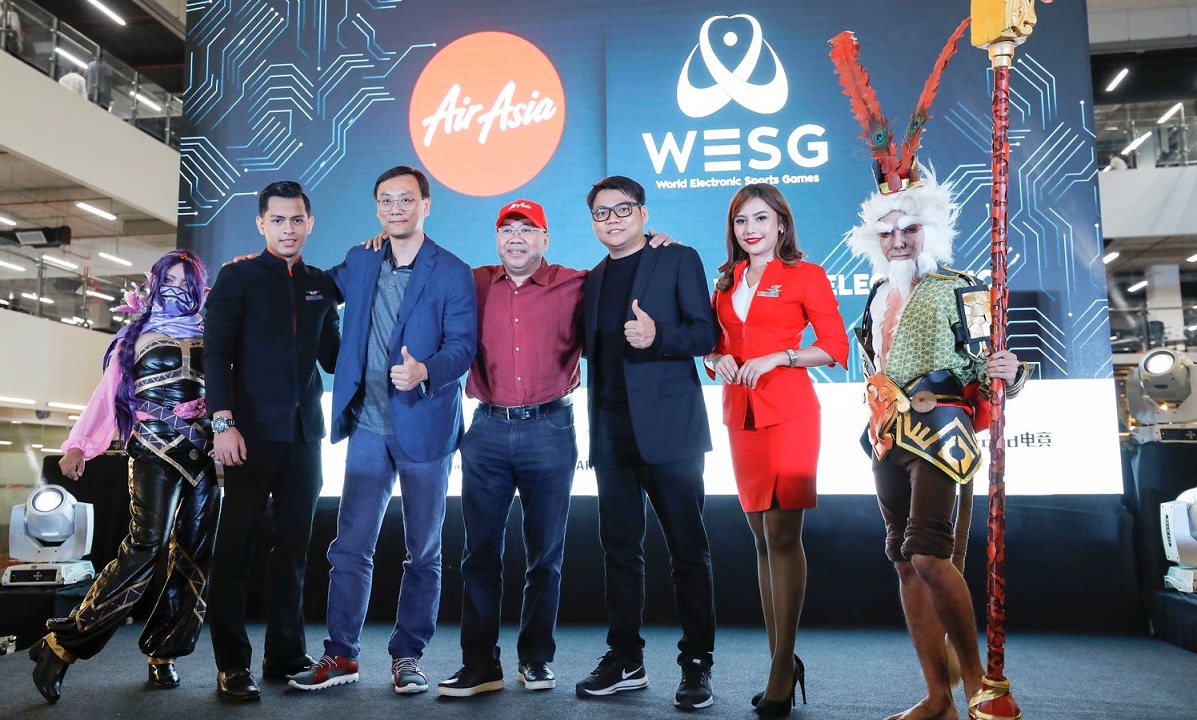 AIRASIA recently announced that it has become the official airline partner for the World Electronic Sports Games (WESG) in Asean.

The WESG is an international e-sports championship tournament organised by Alisport, the sports division of Chinese Internet giant Alibaba. Described as the World Cup for e-sports, WESG is played across five continents with 38 countries/regions, a significant increase over last year’s 14 countries.

Countries participating in the tournament include China, Japan, the United States of America, Canada, Russia, Southeast Asia and Oceania.

In Asean alone a total of 10 countries will participate in the Asean leg of WESG. This would include five on-ground tournaments in the Philippines, Malaysia, Thailand, Indonesia and Vietnam while the rest of the countries will have online tournaments.

This year, the tournament has added two new games: Vainglory for the mobile game category and Pro Evolution Soccer under the console games category.

“WESG has drawn a lot of attention worldwide in the past two years and it is a great honour to have a new premium partner in AirAsia to support WESG in the new 2018-2019 season. AirAsia has always been supportive of traditional sports and has now started a new chapter to be part of eSports with Alisports’ WESG,” said Alisports founder and chief executive officer Zhang Dazhong.

The WESG Asean online registration in each country will commence from June 29 to July 31. In total, 10 Asean countries will run their own online tournaments followed by a national final from Aug 1 to Sept 30.

Participants can register at sea.wesg.com/registration

As the title sponsor, AirAsia’s brand will be integrated across WESG Asean’s digital platforms and tournaments and also provide flights to players competing in the tournament across Asean. In addition, the airline will have the opportunity to offer various ancillary products and services at the event including an online store and acting as a ticketing agent.

AirAsia Group Bhd executive chairman and AirAsia X group chief executive officer Kamarudin Meranun said that airlines involvement in e-sports could not come at a better time as based on a Newzoo 2015 report, Asean is one of the fastest growing regions in the world with 9.3 million eSports fans, a number expected to grow 36.1% every year through to 2019.

“As an evolving digital company, we are thrilled to be the title sponsor and to contribute to e-sports by supporting Asean’s top professional e-sports athletes to compete at the global tournament. We also believe that this sponsorship will put AirAsia at the forefront of the expansion of eSports across Asean,” he said.

Adding on to that was AirAsia Allstars e-sports club president Allan Phang who said that AirAsia’s management has taken a keen interest in e-sports as there are a lot of eyeballs glued in on this space.

It is also a demographic, largely young millennials and digital natives that they hope to ride the ‘e-sports tourism’ wave by providing discounts on fares to fans flying around the region to catch the WESG tournaments.

He, however, declined to mention when this promotion would start and how much a discount AirAsia would be offering to e-sports fans.

Over the past year, AirAsia has been aggressive on the eSports front having sponsored Dota 2 eSports team Mineski in Jan 2018 and acquired a majority stake in Team Saiyan, a mobile eSports organisation, rebranding it to AirAsia Saiyan in March 2018.

Phang added that AirAsia is also investing into what he called the AirAsia eSports Centre which will be an open centre for e-sports teams to train in and also act as a venue for eSports tournaments.

“Based on the feedback we have received from the e-sports community, there are not enough large venues to host large-scale eSports tournaments so we are filling this gap,” he said.

However, he declined to comment when asked about when the centre is expected to be finished and how big is its seating capacity.

Traveltech: Asians never say no to a good bargain