OUR repeat Digerati50, Yasmin Mahmood, CEO of Malaysian Digital Economy Corporation (MDEC) is hungry to create stories – great stories, inspiring stories, successful stories, brave stories of Malaysians doing great things by leveraging on technology. And boy, does DNA have some stories to share here from the ranks of our third Digerati50 edition that covers the period 2018-2019.

From the time we introduced the inaugural Digerati50 in 2014-2015, the idea has been to identify mostly entrepreneurs and some technocrats who we feel could help shape Malaysia’s Digital Economy through their endeavours over the next two years.

We are not picking winners here, though we hope they all become winners in the space they are competing in. We are highlighting those whom we feel are chasing interesting opportunities in the Digital Economy and have the guts to quit their jobs, assemble a team, raise funding and go after these opportunities. And I fully accept that we could have missed some deserving candidates and if you think of any, please do reach out to me and share your thoughts.

From the past two Digerati50, they have been entrepreneurs whom I and my team personally thought were crazy to go after some of the opportunities they saw but we want to reward those with guts and we hope they prove us wrong! There are one or two in the current list whose ambitions I fear are a bridge too far but what do I know? I have been wrong so many times in the past.

Even for those who have failed in their attempts to make a difference, they have been snapped up by the corporate sector which recognises the huge value they have from their experience in trying to be winners in the digital space. They are still winners in DNA’s eyes.

But with our Digerati50 picks, we are saying, “Watch this group” and maybe even support them in any way you can because they are trying to make a difference for themselves, the people who believe in them, for the ecosystem, for the country. Where do I even start with the stories?

Perhaps with the young twenty-something manager with the coolest name among our current Digerati50, Stalin Vijaya Kamaraj, who left a promising MNC career with a five figure paycheck because he and his two co-founders wanted to start something and make it bigger and that would be something to be proud of, he figured.

They just had confidence in their ability that they could apply their skills and solve market problems. And solve them they did! With no “connections” they managed to convince one of the largest companies in the country to use their services, and now, five years later, operate in three other Southeast Asian nations and are superbly positioned to ride the IoT wave.

Or how about the two young men from Biji-Biji who are fiercely determined to plant the seeds for the Sharing Economy to take off, who think the current business models in Malaysia are both boring and dangerous and could lead to companies failing to compete!

Rashvin Pal Singh and Gurpreet Dhillon were both 26 when they decided to stop talking and be the change they want to see in Malaysia. They’re amazing. They’re crazy. They’ve hired some crazy people before as well, literally (ask them about it). Their awesome maker space venue at Publika in Kuala Lumpur, Me.reka is super cool as well with a RM150,000 laser engraving machine among the cool equipment that you can operate yourself, with training of course. Go check out Me.reka, which is the Bahasa Malaysia word for “create” without the dot, and become part of the change they want to bring to Malaysia!

And then there is Chan Kee Siak of Exabytes Group who started his business at age 19 from his bedroom in Penang. He’s still young, at only 37, and in trying to solve a problem he had, he ended up building Exabytes into a 300-strong company today across three countries and has been on a quiet and steady acquisition trail as he strengthens his company into becoming one of the leading cloud and e-commerce services provider in SEA. And I can tell you now, a more polite entrepreneur, you will not find. Though I am sure there must be a steely edge to him as well. Because, surely, one cannot lead a regional business by being the nicest guy in the company. Or can one?

Not all our Digerati50 are young, but all are absolutely young at heart. Take Larry Gan, who is one of the most respected corporate figures in Malaysia. Past 60 he may be but you won’t find Larry on the links, trying to perfect his golf swing. Instead he is busy positioning himself to be a disruptor and is swinging for the fences with his goal to become a leading global player, based out of Malaysia, in the emerging blockchain and cryptocurrency economy. And by the way, Larry is a repeat Digerati50.

And Malaysia is definitely a talent hotspot for the digital economy. Just ask Patrick Grove, who forces his way back in as a Digerati50 as the only three-peat! I off course say this in jest. He is just doing too many things for us to not make him the only hattrick Digerati50. Maybe DNA should get him a customised hoodie, “Partick’s Hattrick”? But he’s actually trying to achieve his biggest challenge – building his first Unicorn with his video streaming startup, iflix.

But he has also set out to be a more dominant ecosystem shaper by going via the Brick&Mortar route through creating the Kuala Lumpur Internet City where he aims to house 1,000 internet companies from around the world working on their disruptive ideas. Imagine the explosive impact of that to Malaysia’s Digital Economy.

He was also a catalyst for the Digital Free Trade Zone (DFTZ) and that major initiative will definitely play a strong role in accelerating Malaysia’s Digital Economy by getting more of our SMEs, which are digital laggards, to leverage on digital and the DFTZ to expand their markets.

I’m also super excited to see a record number of female entrepreneurs being part of DNA’s third Digerati50. I really believe that Malaysian women are more talented than us menfolk and I hope the seven we have chosen here inspire many more to go out and launch their entrepreneurial ventures and maybe get into the next Digerati50.

And as Sharala Axyrd shows us, sometimes you don’t even have to know anything about the space you want to conquer. Just sense out the opportunity and build partnerships while hiring the right talent to help you, as she has with her Big Data & Analytics company, Centre of Applied Data Science or CADS. She is now the tip of the sword in MDEC’s efforts to develop a strong pool of world class data analysts for Malaysia and SEA, through the Asean Data Analytics Exchange (ADAX) that CADS manages. How about that for amazing.

While we have never made a big deal of our Digerati50, because this is not a flashy brand exercise with tables being sold to attend an awards gala etc, this year we will have a welcome cocktail for all our Digerati50, so wait for that date to be fixed. The cocktail will be made even more exciting thanks to the sponsorship of Dimension Data, a global tech company that is one of the largest, and fastest growing system integrators in the world.

Some tech companies like to associate themselves with certain high performing sports events, and so it is with Dimension Data which sponsors a Team Dimension Data Tour de France racing team. If you didn’t know it, that is the world’s most famous, competitive, grueling and exciting professional cycling tournament. And the exciting news here is that Dimension Data will be giving each Digerati50 from the 2018-2019 group, a customised team jersey as well!

And finally, I am just so proud of all our Digerati50 and I so desperately want them to fly higher and be successful, and conquer new markets, and create exciting jobs, build up their IP portfolios, earn higher revenue, pay more taxes and contribute to a stronger Digital Economy in Malaysia and in SEA and inspire the next batch of Digerati50 to come. 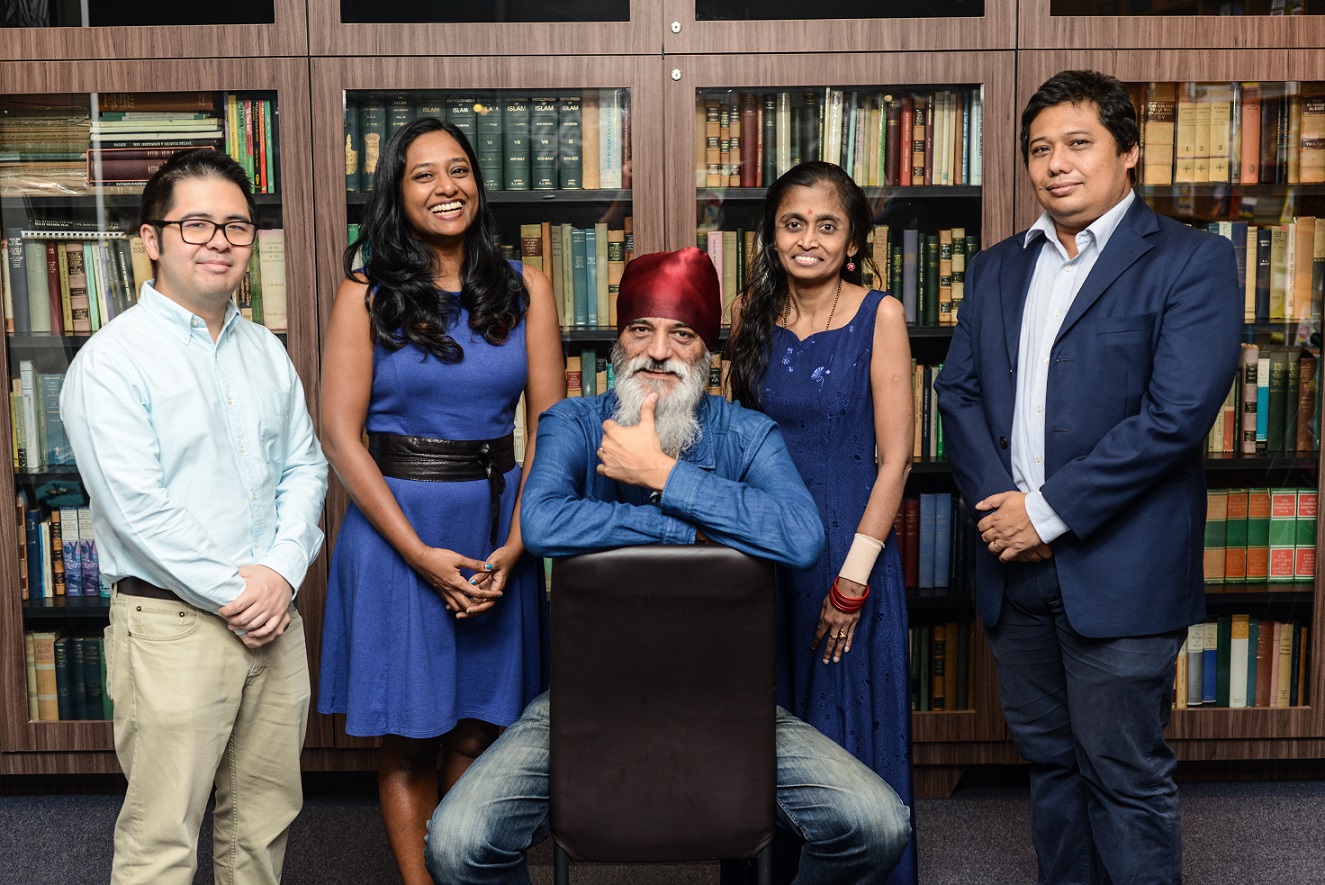 Speaking of the next Digerati50, by virtue of timing, it will be an even more exciting group to put together as it will be the 2020 group and that will be a significant year for Malaysia as we assess how far we have come as a technology powered nation. Our job will be to unearth the hidden gems who are already out there, quietly going about building their companies. As Renuka Sena, CEO of Proficeo and a Digerati50 from 2016-2017 tells me, “I am absolutely sure there are some amazing entrepreneurs out there who just want to keep their heads down and focus on building their business.”

I know of one such entrepreneur but he declined to go public when I wanted to interview him as he was still putting some final pieces together before he appears in the public spotlight. Btw, none of the Digerati50 know that they are being featured. We feel that is important in order for us to identify interesting candidates. And there are no commercial considerations when we make our picks which are all editorially independent.

My one disappointment with our Digerati50 is over how few of them seem to prize creating any Intellectual Property. Sure I get it that things move really fast in the digital space but any tech company worth its salt must eventually own some sort of IP.  You can’t say, “Our database is our IP.” Customers are not loyal to any one company and never will be.

And finally, we also plan to revive our “In the trenches with DNA’s Digerati50” where we bring a Digerati50 panel to universities around the country where they can share their war stories and bring a dose of reality and belief to university students who aspire to be entrepreneurs themselves. Do watch out for this.

And, do follow our Digerati50 as they try to create value, inspire the rest of us and be winners in Malaysia’s Digital Economy. Chakadey! 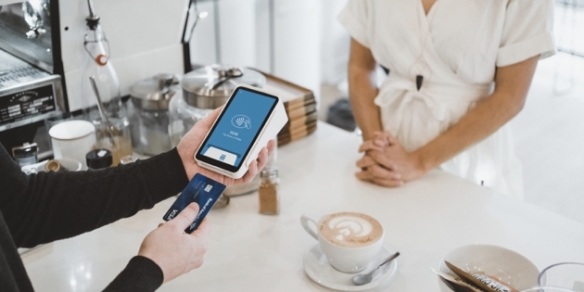