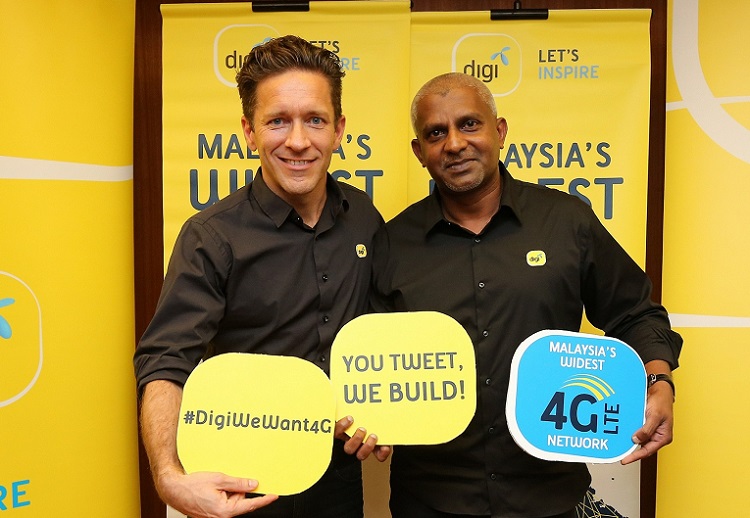 TWO of Malaysia’s ‘Big Three’ mobile operators have taken their gloves off, and the stakes are bragging rights – or customer experience, if you prefer – over Fourth Generation/ Long-Term Evolution (4G LTE) superiority.

Digi.Com Bhd fired the first salvo about a month ago when it declared that with its 50% population coverage, it had the “widest 4G LTE network” in the country.

Last week, rival Maxis Bhd issued a challenge to its fellow telcos – without singling out Digi – to back up their 4G LTE claims, saying that it had noticed that the three leading telcos (including Celcom Axiata Bhd) are all claiming to have the ‘widest’, ‘fastest’ and/ or ‘best’ 4G LTE network.

In a statement, Maxis also listed out the metrics it uses for its own 4G LTE network.

It then posed the question ‘How 4G is your 4G?’ to its two major competitors, inviting chief engineers from Celcom and Digi to discuss the adoption of common technical standards for 4G LTE, at an open forum on Nov 23, 2015.

“I think what we do now is very, very open. It’s another thing that we are more transparent about, in terms of our coverage, signal strength and the way we build,” he told the media at a briefing at Digi’s headquarters in Shah Alam on Nov 16.

When asked if Digi would attend the forum being called by Maxis, Thrane said he didn’t know anything about the forum.

The ‘widest’ gets wider

That briefing came as Digi upped the bragging stakes, saying that its 4G LTE population coverage had increased from 50% to 60% in about a month since its initial ‘widest’ declaration.

“It all goes back to giving the best 4G LTE experience to our subscribers, which is our main objective,” he said.

Kesavan also stressed the consistency of Digi’s network, saying, “Which is why 80% of the time, we will ensure you that have 5Mbps of 4G LTE.

“For us, it’s not about speed but about giving our subscribers a consistent experience,” he said.

Kesavan said Digi is building more sites to ‘densify’ its network, and is overlaying a large number of its sites to a dual-band capability (1,800MHz and 2,600MHz) to ensure its subscribers consistently experience higher Internet speeds, with improved outdoor and indoor coverage.

“We designed our network to also deliver a minimum signal strength quality of -110dbm, which is comparable with what our counterparts are doing in Scandinavia, as well as telco operators in Japan, Singapore, South Korea, and Taiwan,” he said.

dBm is an abbreviation for the power ratio in decibels (dB) used in radio, microwave and fibre optic networks, as a measure of absolute power.

Kesavan claimed that from this “combination of density, coverage and capacity,” Digi customers are able to enjoy: Meanwhile, Kesavan said that Digi is also in the midst of bringing Voice-over-LTE (VoLTE) and Voice-over-WiFi (VoWiFi) services to its customers, as the number of smartphone users on its network was increasing. It had begun field tests on VoLTE earlier this month.

At the media briefing, Digi also launched a Twitter campaign, giving Digi customers an opportunity to tell the company where they want 4G LTE by tweeting the hashtag #DigiWeWant4G and the location name.

The campaign will run from Nov 16 to Dec 15. The telco will then expand its 4G LTE network to the 10 areas with the most hashtags.

Meanwhile, when asked if it would introduce unlimited streaming for the iflix Internet TV service for users, just as it did with Digi Music Freedom, Thrane said Digi had no plans to do so.

“However, Digi users can enjoy 60-day complimentary access and an extra 1GB of Internet data quota to stream iflix on our network at no extra charge,” he said.

Earlier in September, Digi struck a strategic partnership with the video-streaming startup iflix, where its users can get direct billing for their iflix subscriptions via integrated mobile carrier billing. 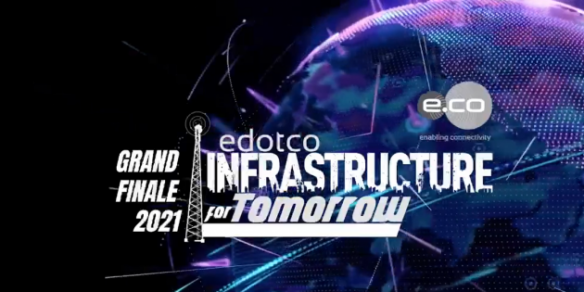