Digital News Asia (DNA) continues its series that profiles the 50 influencers who are helping shape Malaysia’s Digital Economy, from Digerati50 2018-2019 (Vol 3), a special print publication released in March 2018. The digital version can be downloaded from the link at the bottom of the page thanks to the sponsorship of The Center of Applied Data Science (CADS) ASEAN's first and only one-stop platform and center of excellence for Data Science. For information on customised reprints email [email protected] 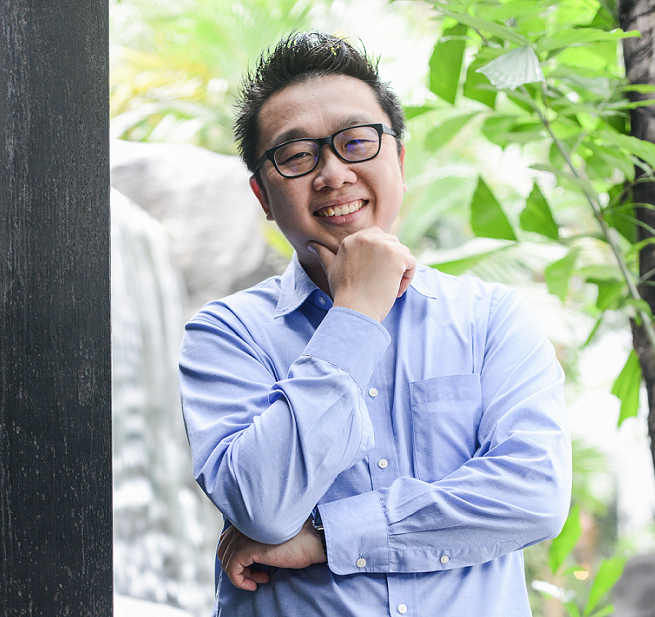 MENTION Exabytes and you would immediately think of the Malaysian company that has become synonymous with web hosting, cloud hosting, domain names and even e-commerce hosting to name a few of the verticals that they are in.

Its founder and chief executive officer Chan Kee Siak, is as polite an entrepreneur as you will ever come across. Bitten by the entrepreneur bug early, as an enterprising 19-year-old he started a business making and selling customised PCs from his bedroom in his parent’s house.

Ordinarily, that would not have been a problem and any parents would be proud of such an enterprising son. But Kee Siak was supposed to be studying having enrolled for a Business Information Systems programme at Tunku Abdul Rahman College in Penang.

So successful was business that he began missing classes and even exams. “It was an easy decision for me to quit but it was hard to convince my parents because they expected me to complete my studies at the very least,” he recalls. To convince them, he showed his parents how much he was making then, coupled with the promise that he would return to his studies of his venture didn’t do well.

He hasn’t looked back since, growing Exabytes into a leading regional web hosting and services company with officers in Singapore and Indonesia as well.

Exabytes started as a solution to Kee Siak solving his own problem. Building a website to promote his customised PC building, he came to realise that having a website alone wasn’t enough to sell products online. A good hosting service was required and when he could not find a decent hosting provider in Malaysia at the time, he launched Exabytes Network in 2001.

Though Kee Siak is proud of his achievements despite not having completed his studies, he often advises others not to follow his path. “I still tell students that they need to study hard and complete their studies, and that I only left because my business was taking off and I was already profitable.”
Interestingly, while all entreprenuers have their share of war stories, Kee Siak’s journey has been smooth as he has been lucky to meet the right people at the right time. He made his first million within two years, saying that it wasn’t that difficult as the business had been progressively growing.

Even the 2008 Asian Financial Crisis failed to slow him down with Exabytes enjoying double-digit year-on-year growth.

And Kee Siak is not stopping keeping Exabytes as a web hosting company. He has also diversified Exabytes into the e-commerce space too. Split between two companies, Exabytes Capital Group acts as its hosting group while Exabytes E-commerce Group has under it companies like EasyParcel and EasyStore.

Interestingly, Kee Siak has been growing Exabytes by acquiring companies from around the region, with the most recent, in Feb 2018, being Iconz-Webvisions which joins other acquisitions made in the past such as HT Internet, Usonynx and Singetique IT.

Growing the business aside, Kee Siak is also a very active member of the startup community in Penang, always willing to share his experience with anyone who asks and freely offering space at his Penang headquarters for any ecosystem activity.

He also takes a much more personal interest in the ecosystem as an investor. “Malaysia’s startup ecosystem is thriving with innovation but many startups lack insight on how to scale beyond Malaysia and go global,” he observes. “We are willing to lend a helping hand by way of investing, mentorship and access to our global network.”

To this end, Exabytes has its oddly named Cockroach Startup Program, a technology-funding program to help and develop strong startup companies. The program is split between pre-seed and seed stage, offering benefits like Exabytes and EasyParcel Credits. Those successful at the seed stage stand to receive RM20,000 in cash but the company needs to have graduated from any existing accelerators such as those run by MaGIC or Cradle.

“An ideal candidate for a cockroach startup is one that keeps struggling and moving forward despite changes to its environment and market conditions,” he says. Those who are enjoying a smooth journey, as he did, need not apply.