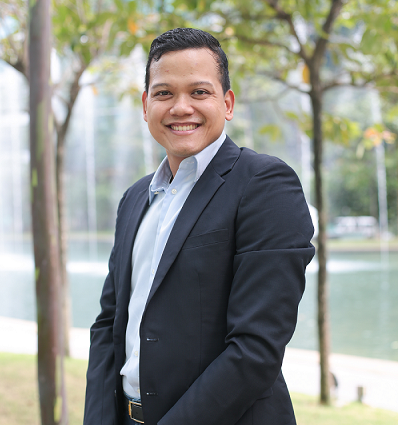 There’s more to him than that, of course. A first-class honours graduate of the Warwick Business School at the University of Warwick, Raja Hamzah went on to become an analyst at Goldman Sachs Asset Management and Guoco Management Co, where he did investing. Despite working in high powered organizations in Singapore and Hong Kong, he would eventually return to Malaysia. “I’m a little nationalistic,” he says, with a soft chuckle.

Back home, Raja Hamzah started helping the family business in infrastructure projects, but today he is the cofounder and managing director of RHL Ventures, a multi-family private investment firm headquartered in Kuala Lumpur that was established in 2016.

The firm is cofounded with two other offspring of well known Malaysians, whose funds have contributed much to the development of the country. There’s Rachel Lau, daughter of the late Lau Boon Ann whose real-estate empire included investments into Top Glove Corp; and then there’s Lionel Leong, son of Mah Sing Group founder Leong Hoy Kum.

A VC firm built and managed by the millennial children of Malaysia’s wealthiest is enough to turn heads, but the core of RHL Ventures are investors with exposure to a variety of businesses.

Where their greatest contributions lie, however, is being one of the hands growing Malaysia and Southeast Asia’s burgeoning tech startup space. Some of the companies they’ve invested in include healthcare software-as-a-service (SaaS) company HealthMetrics, as well as healthy snacks e-commerce platform Signature Market.

One of RHL’s first investments is Singapore-based customer loyalty startup Perx. Since then, RHL Ventures have launched an accelerator program aimed at growing local businesses focused on emerging technologies, plus a fund worth US$23.6 million (RM100 million) with SME Corp to back Malaysian startups and early-stage SMEs.

Focusing their investment in Malaysia may seem like an odd choice. In the world of venture capital, invested companies that make it big are rarities. A VC could back 10 companies and only see one success. Focusing on established tech markets such as Silicon Valley would theoretically make for a sounder investment.

But Raja Hamzah is a little nationalistic, as he said. He wanted local companies to get the capital to grow. At the same time, he felt that now is a good time for capital in Malaysia – financial capital and human capital. Malaysia is, after all, thick in the emerging boom of Southeast Asia.

“If you spend time in global markets, you can see that everyone is very invested in developed markets. Southeast Asia is a small percentage of a small percentage,” he says. “But if you look at how the economy is growing, ASEAN is top six in the world. There’s nowhere else where you’ll see that growth.”

Malaysia, and Southeast Asia in general, is facing an underlying growth story of “high growth, under invested”, as Raja Hamzah puts it. And more capital will be coming in – Raja Hamzah observes as much in the past two to three years. Malaysia is already seeing big private equity players like KKR and TPG from the US making investments here.

Despite that, Raja Hamzah notes that Malaysia is falling behind other SEA countries such as Vietnam and Thailand when it comes to fund flows in the venture space, which is likely due to local startups not marketing themselves well enough to a global audience.

[Ed: The interview for this article was done before the introduction of the Dana Penjana Nasional programme in July 2020 as part of the Short-Term Economic Recovery Plan (PENJANA). And this year, RHL Ventures and its Korean partner, KB Investment, became one of eight VC fund managers selected to be part of the plan to inject more venture funding into Malaysia.]

“I firmly believe that we are falling behind because we have not put together a very thoughtful and cohesive image for capital allocators. It’s not only the investment opportunities. I still think we have strong founders. We have companies to invest in. But companies here end up taking so long to raise money because people are discounting Malaysia,” he elaborates.

By focusing their support to Malaysia, RHL Ventures can give local tech startups which would otherwise flounder, the capital to venture outwards. Beyond that, Raja Hamzah also sees it as an opportunity to develop human capital. Talent who are developed through successful startups may venture out to start their own companies. “This is important, in the sense that it will create an ecosystem through the development of talent,” he says.

Raja Hamzah hopes that RHL Ventures grows into a bigger platform – a merchant banking platform, perhaps; or an asset management platform – in the next five to ten years. Their portfolio, coming up to 20 companies now, has been doing well. They’ve invested in companies from Singapore, Malaysia and, soon, Vietnam.

Raja Hamzah describes RHL Ventures as a SEA fund with Malaysia as their base – as such, the focus and performance will still be driven by Malaysian companies. “Here is where I live and die by,” he says. “I need to generate outsize return here, otherwise why would investors come?”