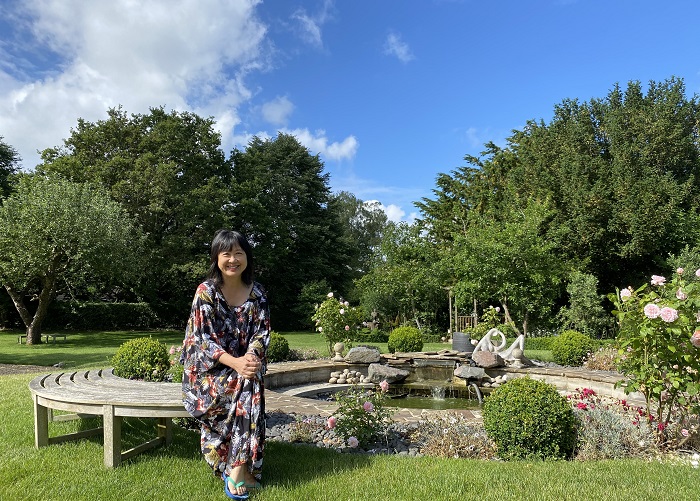 Digital News Asia (DNA) continues its series that profiles 50 influencers who are helping shape Malaysia’s Digital Economy, from Digerati50 2020-2021 (Vol 4), a special biennial print publication released in July 2020. The digital copy can be downloaded from the sidebar link. The following article is an expanded version of the print edition.

"It's turning a dinosaur around by putting crumbs in front of him," said Professor Irene Ng. "He needs to be incentivized."

The dinosaur Irene is talking about is you and me – the general public who have willingly given up control of our personal information to be a citizen of the Internet. Her mission is to put control back in our hands.

How does she intend to do this? "I am an economic hacker," she said. "I know how to hack economic systems."

It’s a grandiose title to give oneself, but when you're a Professor at the University of Warwick, who also is a Turing Fellow, and only got into academia after building your company into a US$250 million (RM1 billion) revenue business before selling it - perhaps she knows what she's talking about. (Irene founded Empress Cruise Line which she sold in 1996 and moved into academia. You can read her back story on her blog.)

[Ed: Paragraph edited for accuracy. Irene did not sell her company for US$250 million.]

And she's talking about her brainchild, the Hub of All Things (HAT), a project six years in the making. Explaining what it is can be a little tricky, but fundamentally it is a private store of all your personal data, that you choose when and where to share.

"Data is not the new oil, data is the new currency," says Irene, trying to explain that you are not selling your data, but rather sharing so that service providers can use it to give something more valuable in return. Each transaction needs your personal data to be treated in different ways. (Think about the differences when you need to register at a hotel, compared to when you share your medical data with a doctor.)

Private storage that is secure and fast

This private store of data needs a safe and accessible place to be kept. Specifically, Irene had to find a way to generate online storage space on the fly that was not only fast and accessible, but also was neatly separate from other peoples’ stores of data, lest its contents became compromised.

The way HAT works is that each user gets one personal database on a HAT microserver. "One whole database created just for you, so there's no mixing with others," says Irene. And it's fast: "One microserver per person, created in 3-5 seconds, is pretty awesome."

The objective is to make a copy of all the personal data you generate in this microserver. "You can pull in Google Calendar, Facebook, Fitbit, Spotify, your banking (and) we present it nicely to the HAT owner," she explains. "We basically say, Okay, these are all your interactions."

This has taken a few years, and more than £10 million (RM55) of research from ten universities looking into the legal, economic, behavioral and technological design necessary to make HAT a reality.

But she admits the end goal is still some way off. "It's early days, and people don't understand that. You want to redesign the data system to take on the Big Five (Google, Apple, Facebook, Amazon, Microsoft)? You better know your economics, you better know why they create the value they do."

Being in control of your own data

If it's not obvious by now, it should be clear that Irene always keeps the bigger picture in mind.

"There's always been an activist streak (in me)," she admits. Her larger goal is to change paradigms in how we treat personal data - to turn the dinosaur, as it were.

"In a world where we really control everything, we probably might have more influence and power. But right now we don't," she explains, pointing out that for this current generation, large numbers of copies of personal data are held by multiple parties.

"In the next generation everybody (will have a) personal data account," she posits. " And maybe you can be in the position to influence and say, 'I don't want you to hold it'."

In a world where too many are too carefree and careless about the ownership of personal data, this is an important stand for Irene. "It's much more to do with being democratic: I produce this data, it's your tech, you have it and I have it." She wants limitations to what others can do with the data, whereas you will have full control of your own copy – that is, if the laws are drafted correctly.

Irene points out that currently data protection laws are constructed assuming third parties are in control of your personal data. "(You) have privacy encroachment in centralized systems because the person is not involved in those contracts," she explains. Rather, she envisions a situation where sharing of personal data involves a series of contracts between the individual and the party they are transferring the data to.

"The contract must be clear, must be transparent. The issuer must be a trusted body. In this ecosystem, everything must be clear and legit - but the user doesn't care," she observes.

"An infrastructure that looks after these contracts must be there. That's why (we're) pushing the UK government for data conduct," she continues, drawing a parallel to the UK Financial Conduct Authority that regulates financial services firms and financial markets.

"We have to preserve the integrity of this whole thing."

A movement for digital and social advocacy

On a more local note, Irene and her brother Gabriel Ng have set up the Triune Center for Digital and Social Advocacy in Malaysia. Launched in April 2019, the new centre next to Mid Valley offers a coworking venue to attract startups and tech companies. The objective is to expose them to the benefits of adopting ethical technologies, and encourage their adoption.

"We will help with design, we will help to build things, we will even help to train you!” enthuses Irene.

Though based in the UK, she is optimistic that the personal data microserver idea will catch on. The Covid-19 crisis has in fact accelerated growth, and the team are now looking to expand to the US and Saudi Arabia – two places not particularly renowned for their data privacy stance.

Yet, Irene says all this must begin somewhere. "It starts as a social movement for the early adopters. But we can grow together.”