Digerati50: Infused with the ‘Boleh’ spirit 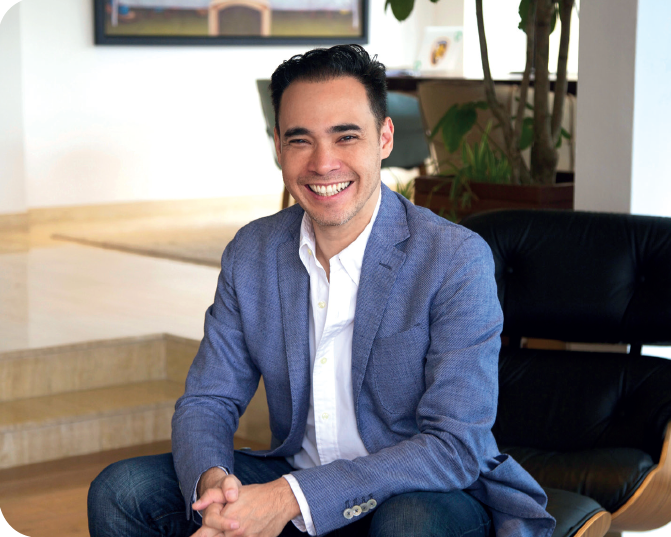 IT was never DNA’s intention to pick any entrepreneur as a 3-peat Digerati50. But Patrick Grove, the cofounder and chairman of the Catcha Group has proved to be an irresistible force in the buildout of Malaysia’s Digital Economy by basing his digital empire out of Kuala Lumpur, Malaysia.

He bounced back from the failure of his first startup in 1999 with his salvation being print media, before getting back into the internet game in 2006 through an acquisition of a property portal. This set the stage over the next dozen years for him to list four internet companies on the Australian Securities Exchange (ASX) with one more listed on Bursa Malaysia.

Of the listed companies, he has scored his biggest hit with iProperty, an existing Malaysian property portal he bought over from the original husband-wife founders, and renamed iProperty with RM900,000 (US$225,000) capital in 2007.

Still a loss making entity Grove sensed the timing was right to take it public in the more mature Australian market where investors understood that internet plays were long term bets. He IPO-ed on the Australian Securities Exchange in Sept 2007 at A$0.25 cents per share. No fast growth path to success here but rather seven years of steady progress before he hit pay dirt when leading Australian property company REA Group Inc, paid US$100 million to buy a 17% stake in the company. And, it was still a loss making entity in 2016 but REA Group had seen enough progress that it offered A$4 a share to buy out Grove and other investors.

I wrote back then, using a baseball term that Grove had hit it out of the park (akin to a hattrick in football). But Grove saw another important point being proven through his success – that Malaysia has what it takes to be the heart of Southeast Asia’s internet ecosystem.

“We started iProperty with RM900,000 in 2007, so it shows that great things can happen from Malaysia for the region,” he said, adding that he also loves the ‘Boleh’ spirit many Malaysians possess.

More exciting than his success through his listed companies is his 2014 founded subscription based video streaming service, iflix, which has drawn over US$350 million in funding and is offered in 21 countries. That is predicted to be his first unicorn and it is his first global play.

The genesis of iflix being a global play actually came from questioning and challenging the notion that only Silicon Valley based companies had the ability to grow into global players. “But we wondered why can’t Malaysian based companies build global internet businesses? After all, the execution gap with the Silicon Valley was getting smaller meaning we were getting better at building tech companies,” he has said.

And that is what he is doing now with iflix, with the message to other tech entrepreneurs being, “If you really want to build a great regional business, build it out from Southeast Asia.”

But that’s not enough for the hungry Grove, who turns 43 in 2018, is of Australian-Malaysian parentage and is ranked as among the 100 richest Australians with a total worth estimated by Forbes at around US$400 million.

He sees opportunity to spawn more unicorns across the emerging markets and his 2014 formed Frontier Ventures Inc is doing just that, making bets in Africa, South Asia, Central and South America and anywhere else they can find great startups to marry with their funding and internet savvy. In March 2016 it became his fifth listed company and fourth on the ASX, his preferred market to list his internet businesses.

It’s all enough to make one’s head spin, trying to keep track of all the companies he has launched and funded. And let’s not forget the two high potential startups that he is currently incubating in stealth mode and that will be launched in 2018!

Having conquered the digital world, Grove is now taking the same track as Jeff Bezos and Jack Ma and getting into the Brick&Mortar world but by imposing his digital DNA on his inaugural Brick&Mortar foray through the Kuala Lumpur Internet City (KLIC) he is immensely excited about.

And it’s more than just being involved in a property project that excites him, though he admits that he can’t wait to don the yellow hard hat for the groundbreaking for KLIC.

What really excites him is that the KLIC gives him a clean sheet to unleash his imagination and creativity to design an uber cool work environment that will draw the hottest startups from around the world to want to be based from to build their dreams. And in doing so, Grove will achieve one of his dreams as well – to prove beyond doubt that Malaysia is indeed the best place from which entrepreneurs should launch their Southeast Asian focused startups.

“It [KLIC] aims to bring all the local entrepreneurs in close proximity together with the global tech giants and regional leaders along with VCs, incubators and accelerators - a super charged tech ecosystem,” he says.

Grove, who doesn’t believe in doing things small, he used to sign off his emails with “Go Big or Go Home”, is targeting at least 1,000 internet-related companies as tenants with 25,000 tech professionals for the 5 million sq ft space at KLIC with a US$1.1 billion Gross Development Value.

Who is to bet that Grove can’t make this happen.

The digital version of Digerati50 is proudly sponsored by The Center of Applied Data Science (CADS), ASEAN's first and only one-stop platform and center of excellence for Data Science.