The rubber is finally about to hit the road for MyTV Broadcasting Sdn Bhd, which is responsible for building and operating the platform for Malaysia’s Digital Terrestrial Television (DTT) services in order to migrate the national broadcasting system from analogue to digital. After constant changes to the deadline for the analog switch off (ASO), the country is finally on the cusp of its ASO, scheduled for 31 Oct 2019 when ASO for Sabah and Sarawak happens.

The ASO has already started, with Langkawi island in Kedah, being the first area in the country to move to DTT services in the early hours of July 21. And today is when the South and Central regions of Peninsula Malaysia experience their ASO moment.

For Michael Chan (pic), MyTV’s chief executive since Feb 2017, ASO can’t come soon enough. For it is only when nationwide ASO happens, that MyTV can start collecting revenue from the broadcasters on its platform and execute on some of it other plans to generate revenue beyond the yearly license fees it collects.

According to Chan, as of end Sept it has 15 TV channels and six radio channels from RTM, Media Prima Group, TV Alhijrah and Bernama News Channel offered free of charge with no monthly subscription fees to the close to 2 million set-top boxes already in the homes of customers and 3.5 million iDTVs which can accesss the myFreeview service.

The iDTVs are TV sets with built-in DVB-T2 tuners which have been in the market since 2015 as TV brands wanted to ensure their sets had the added advantage of giving customers access to DTT when it was launched.  This means that with just a simple antenna these TVs can tune into the DTT service.

“After so many start-stops with the ASO over the years, our strategy is to wait for ASO to happen, ensure the service is stable and only then bring on new channels,” says Chan, explaining that they don’t want to onboard any new channels now beyond those already signed on with them to ensure the service and experience is flawless in a full ASO environment.

And there is a pipeline of CASPs (Content Application Service Providers) interested to get on the DTV platform, says Chan, mentioning some Chinese language based ones. “One or two are ready to come in.”

“With the announcement of ASO and the reality of it happening already in Langkawi, we are already getting inquiries and this includes parties that don’t have the CASP license as well,” says Chan.

Some of the inquiries have been from parties that do not want an entire channel but just programming slots of a few hours. As MyTV does not have a CASP licence itself, it cannot package these various requests into its own channel. As a result, Chan says it has been playing match maker and connecting parties keen on programming slots to those having their own channels already.

One revenue source MyTV is eyeing is from state governments, all of whom have their own radio stations. “It would be beneficial for them to get on the myFreeview digital platform and reach out to listeners,” says Chan. While there is currently no rate card, MyTV is selling radio slots starting from US$119,000 (RM500,000) a year.

What all the content partners will get when they launch their channels on myFreeview is a nationwide digital TV platform with 95% of the population covered with DTT and the remaining 5%, which are more remote, covered by DTH (direct-to-home) satellite services.

Reflecting on the journey to far, Chan says, “we have had an uphill battle to get the platform going for ASO and get our 2 million boxes out to the B40 (Below 40%) group but its ultimately been a rewarding journey with partners like Pos Malaysia Bhd playing a fantastic role in ensuring our myFreeview set-top boxes are delivered to the targeted group.”

For Chan, once ASO happens, he starts the next phase of his journey as CEO of MyTV. The chase for revenue. With a base of 21 radio and TV channels ands with at least 2 million users of the service, he aims to create a virtuous cycle where each new channel he signs on creates a pull to encourage more consumers to adopt DTT which in turn encourages more CASPs to take up channels on MyTV.

For the ebulient Chan, the challenge is there and he is confident. “It won’t be easy but we have a great team at MyTV. It can be done.”

This is the 4th in a series of articles in DNA's special focus, Telco Deep Dive 2019. Four more articles are to come. 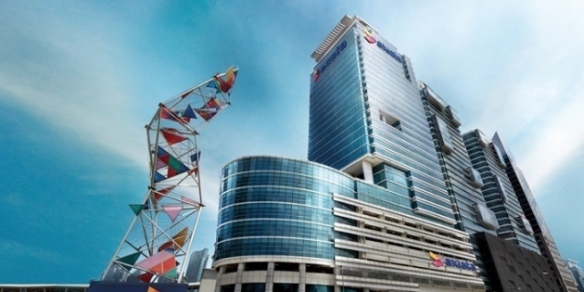