THE role of the chief information officer (CIO) has been changing over the years, but 2016 is the year that they should accept these changes seriously or face the “dire consequences,” according to two industry experts.

Richard Bayliss, senior director of solutions for Juniper Networks Asia Pacific, believes that today’s data centre is the heart of digital businesses, and that for any business to succeed, the data centre must remain agile and responsive to shifting user demands.

Speaking to Digital News Asia (DNA) via email, Bayliss says to meet the growing need for agility and flexibility, the data centre components – compute, network and storage – also need to evolve and provide a level of automation and orchestration that can meet present and future demands.

“Technology innovation continues to occur at an amazing pace, so for businesses to remain competitive, they need to have infrastructure that supports the ability to instantly evolve – while also providing open interfaces that maximise the useful lifespan of any investment,” he adds.

At the heart of the matter is how CIOs see their roles with regards to managing the data centre, argues Bayliss.

The Juniper executive believes that the CIO’s task is no longer about getting the network up and running, but more about integrating applications and making sure this happens at unprecedented speeds.

Arguing that virtualisation and automation bring efficiency benefits to any enterprise, he also says that the two technologies are more than just that – they are, in fact, launchpads for new development, operational and business models.

“It’s about time [CIOs] think about using those resources differently and acting more like developers and programmers,” he says.

“The task of evolving the network is just different than it was before, and reinforces the need to follow certain values or principles in the process,” he adds. These processes can be summarised into three key points: Simplicity, openness, and intelligence.

By simplicity, Bayliss (pic above) means the data centre (and its functions) must lower operational expenditure (opex), increase agility, and enhance customer experience.

“The data centre should be easy to deploy, operate and secure,” he says.

“It should also allow customers to adopt new technologies while remaining backward-compatible with their existing networks.”

On openness, Bayliss says the data centre must remain flexible, and this can be done by adopting open standards, signatures and APIs (application programming interfaces).

This includes taking a ‘common building block’ approach with a ‘spine and leaf’ topology that is interchangeable across multiple architectures, and that doesn’t dictate what the strategy should be, which could leave CIOs at a dead end or require reinvestment in proprietary technology.

“It should allow for best-of-breed solutions from different vendors to interoperate and to be integrated in a way that is flexible – the days of rip-and-replace as a technology lifecycle approach are long over,” Bayliss argues.

Finally, intelligence means the data centre must have smart, self-healing technology that allows the CIO to collate, correlate, and control data from across the network.

“This permits smarter decision-making based on the entire technology ecosystem, not just components,” he said. 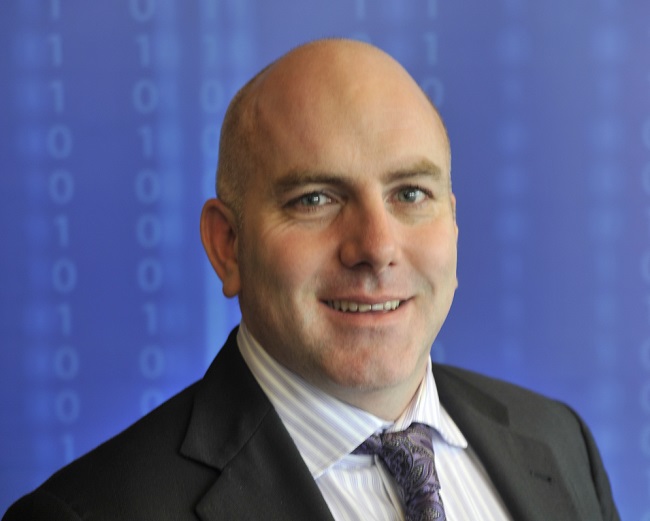 The views held by Bayliss concur with what research firm IDC concludes in a recent study into data centre trends, entitled Enable Your Network and Data Centre for Digital Transformation: Five Considerations to Build a Future-Proof Platform and sponsored by Juniper.

The study concluded that new technologies such as social, mobile, cloud and big data – collectively known as the ‘Third Platform’ – will lead to a plethora of new solutions and services that transform, expand, and disrupt every industry.

According to IDC’s programme director for telecommunications Dustin Kehoe (pic above), the Third Platform demands a new approach to networking, one capable of supporting increasing mobility and cloud application workloads.

“Cloud services in the enterprise have generated a new type of environment in the data centre, with workloads becoming more dynamic in direct correlation with the adoption of server virtualisation.

“Traffic patterns are changing as application-to-application communication within the data centre is growing, combined with the increasing number of mobile users.

“All these trends have exposed the inadequacy of traditional, static networking in the new environment,” he argues.

Asked what CIOs should consider when making decisions for the data centre in the coming year, Juniper’s Bayliss says it is important for them to quickly identify what type of data centre and underlying network architecture they are trying to build.

He also believes that whilst there may be many organisations which are not quite ready to test the waters with nascent technologies like software-defined networking (SDN) and cloud orchestration, they could still benefit by starting to automate repetitive tasks that are prone to human error and which are naturally resource-intensive.

“It pays dividends to broadly define what the company’s infrastructure should look like in three, four or even five years’ time.

“And Juniper has developed solutions that will help get CIOs there – solutions that are powered by a simple, open and smart architecture that is designed to reduce cost, accelerate growth, and ease the path of technological transformation,” he claims.

The evolving role of the CIO