AFTER some two years of focusing on growing its base, online car classifieds portal Carlist.my, part of iCar Asia Ltd, is all set to become a “consumer-led organisation.”

According to Jason Thoe (pic above), iCar Asia’s Malaysia country manager, the shift is about giving a much better experience to consumers – whether they are buyers or private sellers.

“Carlist, for the first two years, was a customer-led organisation. We were basically worried about the sellers and dealers. We were focused on how to make it easier for them to sell, and to help them to sell faster.

“Then, we started going through this shift – as part of the evolution of our organisation – towards becoming a more consumer-led organisation.

“This means we need to figure out what consumers want. We need to understand what the average person looks at or needs when he or she wants to buy or sell a car,” Thoe told Digital News Asia in Kuala Lumpur recently.

‘Pivots’ are very much of the startup lexicon, and being ‘consumer-led’ is pretty much the clarion call across many industries now. But one must wonder at Carlist’s timing.

“When we started off, we needed to survive as a business first. After all, it is a dollar-and-cents game – which is about looking at dealers to come on board and pay us,” said Thoe.

“In order to monetise, we had to have products for them. That’s No 1, before we can even draw consumers.

“We also had to have content on our sites. All this content, which is the listings, was with our professional sellers.

“Once we got that, we knew we had the listings, we knew we could deliver leads – only then were we comfortable to shift and see what the consumer wants,” he added.

The decision also came at a time when Carlist.my is near to achieving, if it has not already attained, operational profitability.

For its fourth quarter ended Dec 31, 2015, Australian Securities Exchange-listed iCar Asia – which also has online car classified portals in Indonesia and Thailand – recorded a net loss of A$12.54 million, an improvement against its A$16.7-million net loss in 2014. [A$1 = US$0.71]

At the group level, its Loss Before Interest, Tax, Depreciation and Amortisation (LBITDA) stood at A$11.46 million, against an LBITDA of A$13.19 million in 2014.

While it made losses at the group level, in terms of Earnings Before Interest, Tax, Depreciation and Amortisation (EBITDA), its Malaysian and Thailand businesses are showing encouraging signs.

“We are confident we would be able to maintain the momentum going forward,” said Thoe.

Besides having a better financial foundation, experts believe Carlist’s consumer shift may have also been driven by external forces.

“The online classifieds space is becoming crowded with new, innovative players as well as strong incumbents like Mudah.my,” said an analyst from a local brokerage who declined to be named.

“So becoming relevant to consumers may be the key to growth, and perhaps survival.”

Today, besides Carlist.my and Mudah.my, other players in the same space include MyEG’s MyMotor, and Carsome, which only yesterday (March 2) announced it had raised a US$2-million Series A round.

As part of the move to becoming a consumer-led organisation, the team in Malaysia revamped the Carlist.my website. Regular visitors would have noticed that its landing page now carries significantly fewer advertisements.

“We wanted to find out what consumers are looking for when they are on car classifieds portals. We hired [analyst firm] Frost & Sullivan to help us with the research,” said Thoe.

“Some of the consumer feedback – which led us to the redesign of the website – was that there were too many ads on the main page, and the website layout made it hard for one to navigate.

“Consumers also said there was a lack of information, and they were hoping to have more details, such as reviews,” he added.

Thoe pointed out that the website had already had those reviews, but consumers could not find them easily.

Carlist is also looking at introducing an online sales agent chat platform, and allowing consumers to do reviews on dealers in the coming months.

“Our job is to create a trusted environment, where consumers can feel safe,” he added.

Does all this mean that Carlist is now turning its back on its dealers?

“No,” Thoe quickly responded, saying that while it would look at giving consumers what they want, “we will also be very mindful not to hurt our dealers, because those are the guys who are professional car sellers.

“We want to improve their image, so we have to protect them as well,” he added.

To help improve dealers’ image, iCar Asia will need to educate them on how to improve the quality of their listings, among other things.

A few years ago, its dealers posted three to four photos of a car per listing, on average. Today, the average is about seven. If the Carlist.my team goes to the dealership to take photos, that number rises to 14. “While we look at unique visitors, what we are seriously tracking is the leads that we generate. To us, that is very important,” said Thoe.

Currently, the mechanism for tracking leads is pretty basic. When visitors check out used cars for sale on Carlist.my, the listing will have a ‘Show Number’ button at the bottom right side. If the consumer clicks on the button, it will be counted as one lead.

Thoe acknowledged that there are better ways to measure leads more efficiently, so the company is currently looking at assigning a unique phone number to each listing.

Once a buyer calls the number displayed on the page, it will then be forwarded to the “actual phone number belonging to the dealer,” he said, allowing the company to better track and measure its leads.

Although Carlist.my claims to be the leading player in the online car classifieds space, Thoe admitted there were gaps.

“We are strong in the Klang Valley, Penang and Johor, but anywhere in between – such as Perak, Melaka and Negeri Sembilan – there is still a lot of room for growth,” he said, referring to Malaysian regions and states.

Today, about 80% of its car trades happen in the Klang Valley and its surrounding areas.

“We want to make sure our strong areas are strong, and then we will use that platform to expand to the east coast of Peninsular Malaysia,” said Thoe, adding that such an expansion would help grow Carlist.my’s business in the long run.

iCar raises additional A$7.2 mil, to be used to fund Carlist.my

Carsome gets US$2mil Series A, led by IRR 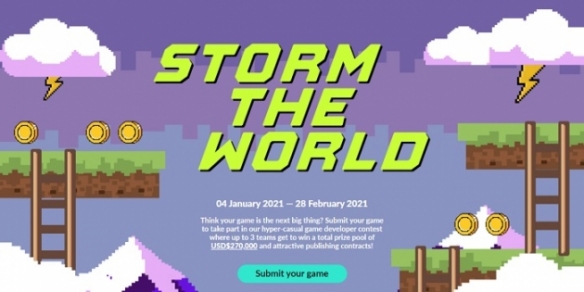