THERE are many reasons why more enterprises today are moving towards cloud computing but for three companies, culture, speed, flexibility, and expertise are the reasons why they did so.

Speaking at a customer panel session at Next 2017, Google Cloud Conference, satellite imaging company Planet Labs Inc, British-based Lush Cosmetics Ltd, and productivity startup Evernote Corp said they all moved to Google Inc’s cloud platform because it had the right mix of ingredients that helped them meet their specific needs.

San Francisco-based Planet Labs, a company that builds and launches its own mini-satellites, said the company chose Google because it believed that Google met its needs more than its previous cloud provider.

The Earth imaging company was on Amazon Web Services Inc’s (AWS) cloud but has since migrated a major proportion of its workloads onto Google Cloud Platform (GCP) because it had the flexibility it needed to expand its business.

Toman said Planet Labs needed to have a more flexible infrastructure to do computational analytics and to do so with open source platforms. Whilst using AWS, the team had to write its own custom tools and figure out when and how many custom instances to use on the cloud, he added.

“With Google, we didn’t have to do that as Google’s fit for what we needed was better,” Toman said, adding that Google’s recent pricing schemes also favours Planet Labs more than the competition.

Toman was referring to Google’s version of its cloud pricing scheme known as ‘Committed Use Discounts,’ which claims to reduce its cloud listed prices by up to 57%, if a customer commits to buying a certain volume per month for one or three years.

This scheme favours those who budget their IT spending on an annual basis as users won’t be locked into any specific virtual machine size or type, according to Google. Customers also do not have any upfront costs as they pay as they go for a predetermined aggregate usage, it added.

Introduced on the second day of the conference by Urs Hölzle, senior vice president of technical infrastructure, Google claims that going this way can cut monthly bills by an estimated 57% percent, with no upfront payment.

“You’re not facing a huge unit cost cliff when you exceed your forecast,” Hölzle argued.

“Because we believe that when you move to the cloud, capacity planning and cost planning should really become a distant memory and not your No. 1 headache — no spreadsheets, no Ph.D. in economics needed to manage it all.”

Conceding however that Planet Labs still has some workloads on AWS, Toman said Google’s “pricing model and the way they’re doing business… for this particular thing was a big factor for us. Google understands how to do that better.” Toman did not specify what kind of workloads Planet Labs had that were still left on AWS.

In an analysis of what AWS and Google had to offer, cloud management specialist RightScale claims to have done an independent analysis and declared that Google came out the winner in the battle of prices.

However, just a week after Next 2017 concluded, AWS reacted by slashing its prices and offering similar pricing structures that Google introduced, a trend which trade magazine Network World suggested might prompt further price wars. For Lush Cosmetics, speed was of the essence when asked why it chose Google. The company, which is famous for its unpackaged, candy-coloured bath and body products, operates 17 websites and more than 900 stores worldwide.

Lush Cosmetics most recent and proudest achievement was that it managed to migrate from its previous cloud provider to GCP in a mere 22 days, declared its chief digital officer Jack Constantine (pic, above).

Constantine said the company’s contract with its cloud provider – Acquia running on AWS – was expiring, and Lush wanted to migrate away as its current system was in “a very closed environment which made it difficult for Lush Comestics to get visibility.”

The Acquia deployment was done in a way that only allowed Lush Cosmetics’ technology team to see only what Acquia had setup and configured, essentially freezing out the British-based company from a lot of finer decision making.

“We were in a contract that we weren’t really comfortable with but it was coming to an end,” Constantine explained. “We needed to plan for the future and to do that, we had to know what’s underneath. We could either sign up for another year and end up struggling with them [Acquia] or go with someone else,” he added.

Eventually, Constantine and his team settled for GCP after much evaluation and was amazed that it was able to complete its migration by Dec 22 having only begun the process on Dec 1, right before the peak Christmas shopping period.

“We decided on a Friday and started migrating on a Monday,” said Constantine, whose parents founded the 21-year old company.

Asked what were the key decision factors that made Lush Cosmetics partner with Google, Constantine said partnership and the right cultural fit were the ones.

“Working together to develop new features and the engineer-to-engineer mentality between Lush and Google were great. We’re also not a big company, not new but we’re a startup in a lot of ways, and Google understood this.”

Not afraid of lock-ins 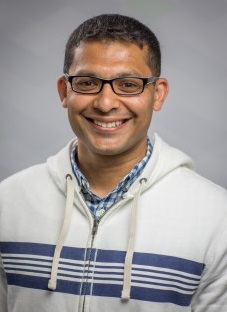 Meanwhile Evernote chief technology officer Anirban Kundu (pic, right) said it chose to migrate all of its 200 million customers’ data onto GCP because it didn’t want to concern itself with running the day-to-day management of data centres.

Kundu said it took a long lead time from the conception and the iterating of ideas, acquiring hardware and making it work for all of its customers.

“We wanted to focus on building more features for Evernote and not solve computer science problems,” he said.

Another main reason why the Redwood City, California-based Evernote chose Google, after evaluating both of its chief rivals – AWS and Microsoft’s Azure – was the fit it believes it had with Google’s machine learning features. The company, noted Kundu, has been leaning towards features and new capabilities such as Google’s Cloud Machine Learning API.

According to Fortune, Evernote had been running its own data centres since 2008 but chose to go with GCP late last year. The productivity company migrated 3.5 petabytes (one million gigabytes) from Evernote's two current data centres in California onto GCP.

The company also plans to migrate its internal operations onto GCP in time to come.

The business portal also noted that Evernote was looking forward to implementing Google's natural language processing (NLP) that will let Evernote users ‘speak’ to their documents, to annotate them or even just read them into their notebooks. This could mean that any to-do lists will be able to ping users when an assignment is due based on what deadlines they put into the document, it added.

Citing Kundu, Fortune noted, “This will be possible because Google's machine learning will help Evernote understand the meaning of document content and the writer's intent.”

Asked if Evernote was worried about being “locked-in,” where a company becomes so reliant on a cloud provider’s offering that it would be difficult for it to migrate to competitors should it want or need to, Kundu flatly said “no.”

“Evernote’s commitment to the cloud is long term,” he stressed. “Lock-in is not an issue.

The speed we get in feature development trumps any concern we have with lock-in," he argued.

When asked what lesson, Google learnt from dealing with these three companies given that it’s relatively new to dealing with enterprises, Google’s product chief Greg DeMichillie said Google viewed every one of its customers as partners and made efforts to build it into the way the company worked.

DeMichillie said every enterprise has unique requirements but at the same time, Google didn’t want to recreate the traditional annual purchase contract with all the drawbacks that come with it.

“So, it really caused us to think about how we can give customers what they want – that ability to pre-commit to certain amount of capacity but done in a ‘Googly’ way, that is to pay for what you use, and that our customers don’t have to jump through financial hoops of forecasting.

“That’s why we made the announcements about continuous discounts. We heard from the enterprises that want to commit upfront, to a certain amount of capacity because they budget annually.”

DeMichillie said Google also needed to go on a journey of understanding and discover what parts of the enterprise’s way of working it wants to get rid of and what part it wants to hold on to because the latter way serves a good financial or planning function.

“Our journey is thinking about how cloud economics should be at the same time meeting customers where they are, as we can’t be 20 years ahead and not be in the trenches of what the customers face today.”

Base secures seed funding from East Ventures and Skystar Capital