Who performs well during a disaster? A company whose business is designed to circumvent them, of course. This was the point made by Teoh Wooi Keat (pic, below), Vertiv country manager for Malaysia, whose customers in Malaysia include telcos, banks and local government municipal councils. Vertiv's core business is to enable continuous running of vital applications for data centers and communication networks, especially when the infrastructure is under immense stress. 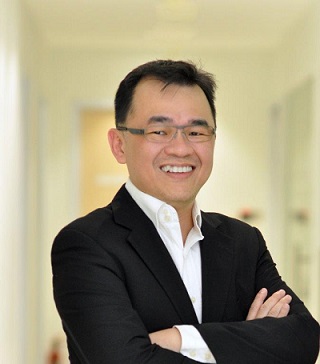 "In these unprecedented times you are also seeing unprecedented business volume," confirms Teoh, as demand for Vertiv Malaysia's business went up during the Movement Control Order (MCO) period, as the company played their part to keep critical infrastructure operational. "We are very lucky to be in this industry segment."

This increased demand rose in conjunction with increased reliance on networks and online service as Malaysia implemented the MCO in March of this year. Data from the Malaysian Communications and Multimedia Commission (MCMC) indicated that internet traffic jumped 23.5% at during this time.

In response to this, Malaysian telecommunication companies began to upgrade their infrastructure to cope. For example, Teoh highlighted a local telco that invested an additional US$98.5 million (RM400 million) for infrastructure and network upgrades on top of the US$246 million (RM1 billion) already earmarked for 2020. "This infrastructure upgrade, of course, benefited Vertiv in one way or another," he says.

Vertiv was launched in 2016 as a rebranding of Emerson Network Power, and is headquartered in Columbus, Ohio. It currently operates in 130 countries and counts companies such as AT&T, Alibaba, and Tencent as its clients.

Teoh explains that Vertiv's scope is as a "digital infrastructure company". "We are in the in the business of providing infrastructure to the digital economy, including ensuring a secure power supply, and a correctly maintained environment, as well as providing remote management services.”

One trend that Vertiv Malaysia has seen is the shift to edge computing, where computing power is decentralised to the field. "Instead of computing everything at a single location, why not decentralize the computing power to bank office branches, for example?" poses Teoh.

"From the start of the MCO, a lot of our customers have benefited from this, and we have created Micro Data Centers (MDCs) at branches with a very short turnaround time," he says.

Industries that are adopting MDCs are mainly in banking and the smaller manufacturing industries, benefiting companies that have a lot of branches. Teoh is also seeing interest from municipal councils, especially when decision-making can be delegated down the line. "It has actually empowered the municipal councils to do more."

Despite having hardware geographically distributed widely, Teoh insists that remote management makes it possible to keep skilled IT admin staff centralised in a single location. For example, he cites a bank that maintains micro data centres in Cambodian and Indonesian branches from Malaysia, with minimal demands on local staff. "If you can handle a hand phone, you can do it," he says.

Investment shifting from Singapore to the rest of the region

Apart from increased demands due to the MCO, investments in data centres in the region have shifted from Singapore to its neighbouring countries, including Indonesia, Thailand and Malaysia.

Over the past few years, the Singaporean government has been very successful in attracting big players like Amazon, Google and Facebook to invest in data centres there, mainly driven by the offer of good quality connectivity and subsidies to offset high real estate prices.

"However, in the last one year, data centre investments into Singapore have slowed down," notes Teoh. "For some reason it's not that friendly anymore to bring in and welcome investment."

As a result, investment in data centres has shifted to other countries in the region, including by established companies like Amazon (in Jakarta) and Microsoft (in Johor) due to be completed next year).

Teoh expects Vertiv Malaysia's good business to extend all the way into 2022. Investments companies have made this year are mostly upgrades that have their own lifecycle going forwards. "The second part of 2021 and moving forward to 2022 is to see how we can ensure that that the equipment is properly maintained, and properly upgraded."

Added to that is the growing trend of digitalisation that Malaysian companies are beginning to embrace. "Adopting digitalisation is very important," emphasised Teoh.  "Moving forward, you will have a 'new normal'. Technology allows for that now."