TELEKOM Malaysia Bhd (TM) announced on Friday, a 3.4% growth in group revenue to US$1.99 billion (RM8.82 billion) for the first nine (9) months ended 30 September 2016 against RM8.54 billion recorded in the corresponding period last year; on the back of higher revenue contribution from internet, data and others services. (RM1 = US$0.24)

Its profit before tax (PBT), however, was higher by 17.6% YTD to RM807.9 million, against RM687.2 million in the corresponding period last year due to net foreign exchange gain on borrowings.

TM reported a 22.4% increase YTD in its net profit to RM621.7 million as a result of higher PBT and netting off the share of subsidiaries’ performance to minority interests.

The total capital expenditure (capex) for YTD September 2016 was RM1.65 billion or 18.7% of revenue, with spending during 3Q2016 at RM715.0 million. The higher capex is in line with the expansion of major projects whilst higher YTD cost as a percentage of revenue is in line with higher revenue and launch of new products and services. 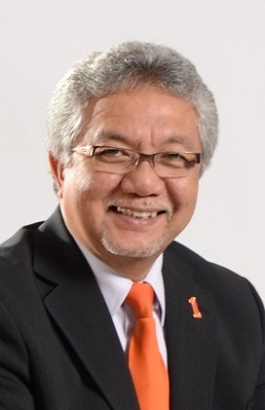 "We remained resilient over the first nine months of the year despite an overall challenging environment. Our LTE service, webe, is now officially operational, and still has an impact on our financial performance, on account of the costs associated with the LTE rollout and webe’s initial operations,” explained Zamzamzairani Mohd Isa, TM's group chief executive officer (pic).

TM’s broadband service continued to be a steady revenue driver, he highlighted. Operationally, TM recorded a 3.3% increase in total broadband customers YTD as compared to last year, from 2.29 million to 2.37 million. UniFi continues to drive growth, with over 921,000 customers in total.

More than 62% of its broadband customers are currently subscribing to packages of 4Mbps and above, while, 75% of UniFi customers are on 10Mbps and above packages. “Strong traction from upselling activities as well as higher purchase of premium IPTV content have also driven stronger broadband Average Revenue Per User (ARPU),” says the Group CEO.

Zamzamzairani also touched on TM’s new webe digital service. “I’m pleased to say that we are the first and only truly converged communication service provider in Malaysia with webe made available in September 2016, offering a brand new end-to-end digital experience. Webe’s simple ‘data liberation’ proposition of unlimited calls, text and data usage enables members to use data the way it’s meant to - with no restrictions. This allows them to make the most of mobile technology thus making their digital lifestyle easier - in line with our vision of ‘Making Life and Business Easier for a Better Malaysia’,” Zamzamzairani added.

For 2016, Malaysian Institute of Economic Research (MIER) maintains Malaysia’s real GDP growth at 4.2%. As external sector remains sluggish due to the global slowdown, more weight is given to domestic demand to steer growth. As for 2017, real GDP growth is expected to edge up, registering growth of between 4.5 – 5.5%. (Source: MIER Economic Outlook, 18 October 2016).

In this quarter, TM signed with several property developers to work closely to strengthen the existing telecommunication and ICT infrastructure and facilitate the deployment of Smart Services ecosystem for their developmental projects. With the availability of connectivity, ICT and Internet of Things (IoT) solutions integrated in local property developments, TM will be able to deliver an enhanced digital lifestyle to more Malaysians.