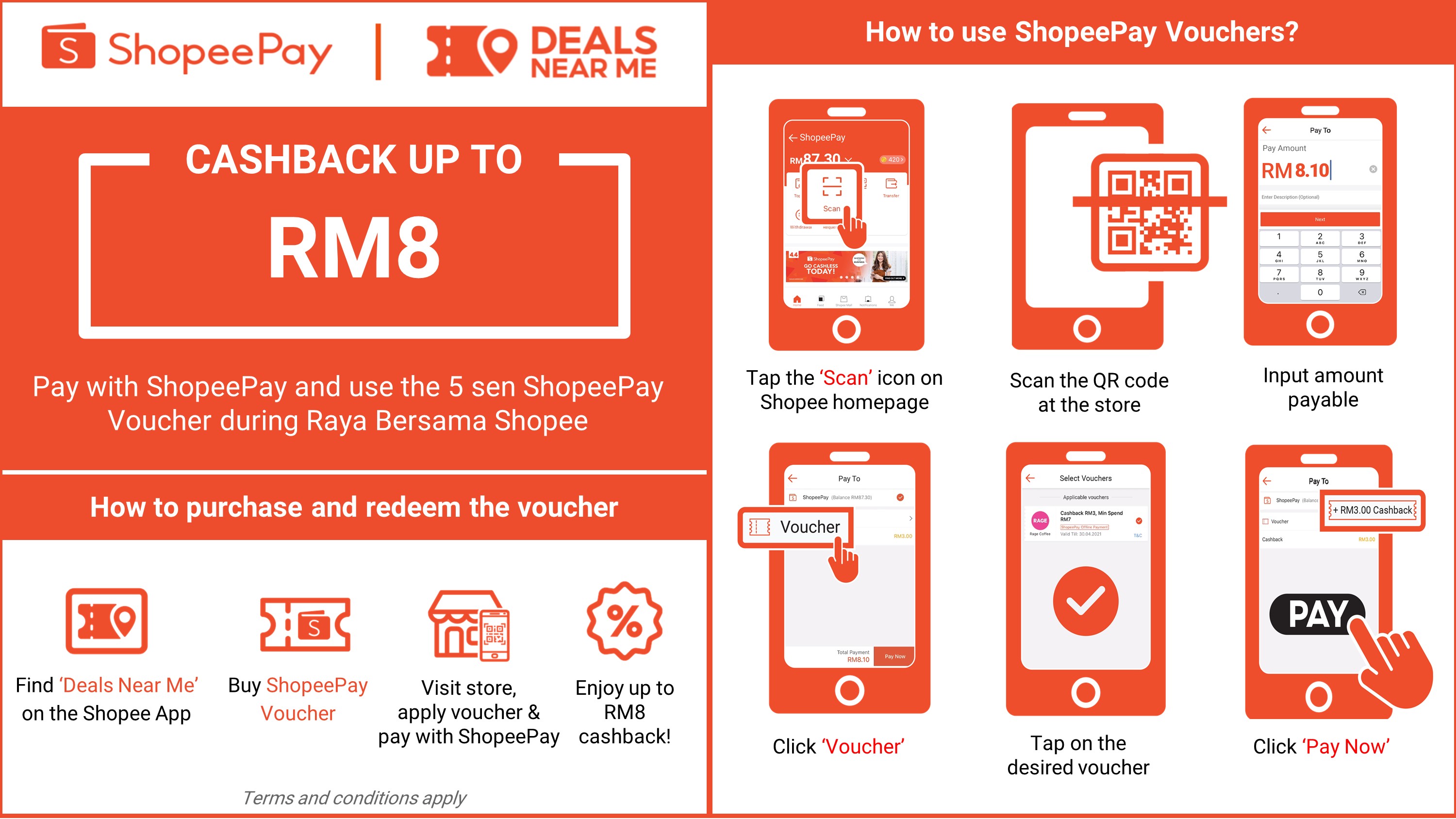 MOBILE wallet ShopeePay has introduced a new online-to-offline (O2O) feature. Dubbed ‘Deals Near Me’, the feature connects ShopeePay users to offline merchants offering the best deals in their immediate vicinity, Shopee said in a statement.

Deals Near Me uses location-based services to help users discover ShopeePay Vouchers by nearby merchants including cafes, restaurants, and services. Users can purchase vouchers on the Shopee app, and redeem them immediately at participating outlets to enjoy cashback when they pay with ShopeePay, the e-commerce player said.

According to Alain Yee, head of ShopeePay Malaysia (pic), the vouchers will help offline merchants connect with users who are going online first to look for daily essentials and food.

“Deals Near Me helps merchants improve their online visibility and direct would-be customers to their outlets when we feature their cashback deals to consumers that are already in the vicinity.

“Showing the relevant deals to consumers can also lead to higher conversion and tangible sales for merchants,” Yee claimed.

Yee argued that this is important for business recovery after an extended lockdown period which adversely impacted offline retailers, especially those in the service sector.

Shopee also believes that this new feature creates a win-win situation for both our users and participating merchants as we enable a convenient, seamless and rewarding shopping experience, Yee said.

ShopeePay claims that, since April 1, the feature has driven footfall of over 100,000 customers to its 130 early adopters. Top merchants include MR DIY, Tealive and The Black Whale.

Deals Near Me is being launched during the Raya Bersama Shopee campaign, which entails vouchers specially curated for Ramadan that can be found at three different times of the day: Sahur Specials at 5am, Jom Berbuka dengan ShopeePay at 12pm, and Moreh Specials at 10pm.

The Raya Bersama Shopee campaign will also offer users free shipping with no minimum spend and deals from as low as RM1.

The campaign also has two days that offer deals and discounts of up to 80% on Hari Raya-related products - the Jualan Hebat Raya on April 23, and Pesta Jualan Raya on May 5.