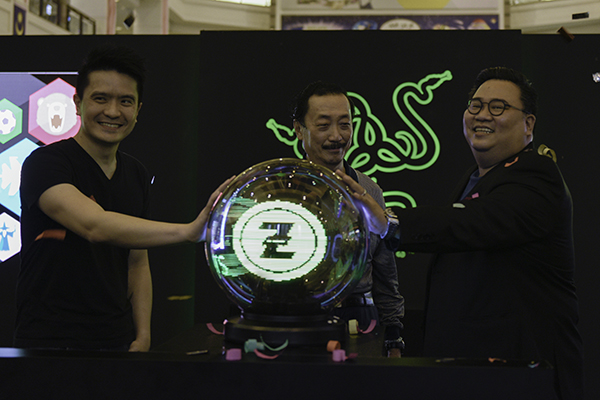 Following the announcement, MOL has been appointed the master distributor of Razer’s virtual credits known as Razer zGold while MOLPoints has now been rebranded to zGold-MOLPoints to leverage on Razer’s brand in the gaming space.

zGold-MOLPoints acts as an online micropayment system that enables customers to purchase online games, products and services with just one account.

So instead of buying three or four different game cards to top up different games, gamers need only buy zGold-MOLPoints and proceed to make their transactions.

In a press statement issued by the two companies, they said the partnership would accelerate the growth of Razer and MOL’s digital payment and content platforms.

Gamers will be able to purchase zGold-MOLPoints at over one million points of purchase in 17 countries and use them as payment for over 2,500 games over the MOL network or game publishers like Wargaming, Aeria Games, Webzen and more.

This makes zGold-MOLPoints the most widely distributed virtual credits for gamers in Southeast Asia.

“Our ultimate vision is to provide a unified virtual credits system for gamers and our partnership with MOL is helping us to achieve that,” said Razer chief executive officer and co-founder Min-Liang Tan.

“This is all part of our commitment to give value back to the gaming community by offering a universe of digital content, secure and convenient payments and a unique gamer rewards programme.”

MOL Global group chief executive officer Preecha Praipattarakul said: “We are excited to partner with Razer in launching zGold-MOLPoints officially in Malaysia. Together with MOL and Razer’s leadership in virtual credits and gaming, gamers will now have better access to great content and rewards.”

With the Southeast Asia gaming market set to grow to US$2.2 billion in revenue this year, Razer and MOL will now take the lead in revolutionising gaming transactions in Southeast Asia and other emerging markets.

7-Eleven Malaysia to launch Alipay in partnership with MOL