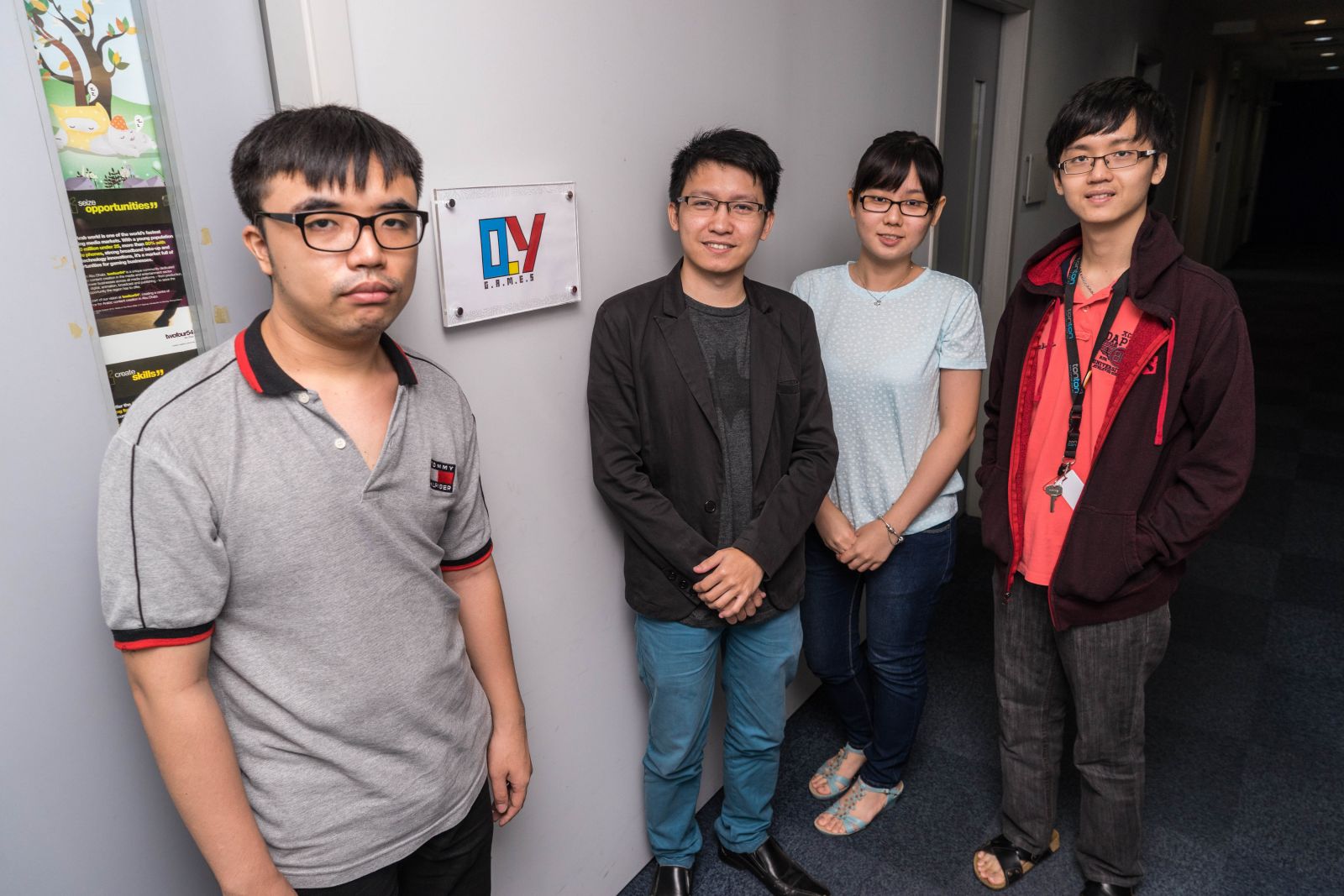 STRESS may be a bad thing for you and me but it was a game changer for Omega Yuen Wai Leong.

The founder and technical director of OY Games became an entrepreneur when he decided to turn a stress relieving method into a business venture.

A game industry veteran of five years, Yuen began his career as a lecturer in Limkokwing University, teaching game design before he decided to dive into the Malaysian game industry by developing PC games.

OY Games was born in early 2016 when Yuen’s team members from his previous company decided that they wanted to continue making games together, this time focusing on the burgeoning mobile games market.

Though his team-mates were experienced PC game developers, the shift to mobile was necessary as PC games require more resources to develop and this would prove challenging for the studio of eight.

“For a team of our size, it is difficult to produce a triple-A PC game. We could do it but it would take a long time just to develop one game,” Yuen told DNA during a recent interview at OY Games’ office in Kuala Lumpur. Challenges in the mobile space

Shifting to the mobile game development was not easy for the team at OY Games despite them being seasoned game developers.

“Coming from a background in developing games for the PC, it was challenging for us in the beginning as we had scale down assets that would normally work on PC to work on mobile devices,”

“There was also the matter of working with platforms like Android where there are so many different devices with differing screen ratios and there was iOS too,” he recalled.

They also had to understand the different audience that awaited them in the mobile space. Mobile gamers are decidedly more experimental, easy to acquire but difficult to retain as most are willing give your game a try but just as easily can uninstall it if they don’t find it interesting.

Getting the formula right
O.Y Games’ first project Color Rush Challenge was a simple reaction based colour matching game developed with the aim of testing the waters of the mobile game market.

Monetisation is key for mobile games so they decided to include banner ads in the game though many players gave feedback that the ads were too intrusive.

To address this, they left the choice to players by using sponsored videos that they could choose to watch to earn in-game bonuses and it worked.

Apart from that, getting noticed among the thousands of new games released on the Google Play Store was the second biggest challenge the team faced, told Yuen.

“When we jumped into mobile we found that it was difficult for us to promote the game to the market. We even tried self-publishing but found that it required a lot of resources for marketing that almost equalled that of the game development’s cost,” he said.

Catering to a more traditional hardcore audience, the free-to-play RPG Tower Offense game puts a unique South-East Asian (SEA) spin by incorporating local folklore with characters like a Bo-Moh that can summon Toyols and Pontianaks to her side to do battle.

The zany colourful characters, a kooky story of helping an evil lord conquer the world and easy to learn mechanics helped the game win the Fan’s Choice Award at Casual Connect Asia 2016 in Singapore, which helped it gain regional recognition.

While in Singapore, Tap Summoner also managed attracted the attention of international publishers that could help launch the game across the region. According to Yuen, he is already in talks with one potential publisher and is close to signing a deal to publish Tap Summoner in markets beyond Malaysia that include Japan and Korea.

You can see a video interview with the O.Y Games’ founder below.

The future and beyond
OY Games is already hard at work developing their next game, Bolaways, a football-inspired competitive multiplayer mobile game that is due for a May 2017 release.

“I can’t reveal too much about the game as it is still under development but we do have high hopes for this game,” he said.

He described the game as having elements of Clash of Clan’s social competitive element where players would need to defeat other players to achieve a higher rank.

“Casual players found Tap Summoner too complicated so we want to make Bolaways even simpler in hopes that it will appeal to an even wider audience,” he said.

Beyond Bolaways, Yuen also hopes to return to developing games for the PC and resurrect a horror game he had been working on previously.

“It will still have a SEA theme, set in Malaysia though it may a multiplayer game of survival where players would need to escape from an evil spirit,” he said.

The switch from a single player game to multiplayer was not easy for Yuen, but he intends not to make the same mistakes when the scope of the project was too big to complete.

“If we manage to get additional funding perhaps we can go back to the previous idea of a rich single player game, otherwise, we will proceed with a multiplayer only game,” he said.