Amidst debate on the impact of The Great Resignation in Malaysia, PwC’s Workforce Hopes and Fears Survey 2022 finds that overall, slightly over half of Malaysians (59%) are satisfied with their job.

However, employers should not be hasty in dismissing this phenomenon as 17% of those surveyed have said they will likely seek new employment in the next 12 months, the audit and consulting firm cautioned in a statement.

PwC said the survey indicates that Malaysians also appear less inclined to believe that they are easily replaceable by technology, with only 32% of local respondents concerned about their role being replaced in the next three years, down from 57% in the 2021 survey.

A total of 2,086 Malaysians were polled on their views around technology, jobs and skills to reveal insights about what they think about work today, PwC noted.

It said that when considering the factors that influence The Great Resignation, the survey indicated that financial compensation tops the list with 69% of Malaysian respondents and 71% of global respondents rating this as the most important factor in their decision to stay or leave their jobs - unsurprising, with the economic realities of the cost of living today.

Coming in a close second is job fulfillment, rated by 66% of Malaysian respondents and 69% globally, which tells us that finding meaning at work matters to employees, it said.

The survey highlighted that Malaysians also believe there is a scarcity in skills, with 32% saying the country lacks people with the skills to do their kind of work, and nearly half (48%) strongly or moderately agree that their job requires specialist training.

It said the recognition of their value to employers and the impact that they make has inspired confidence in asking for what they are worth in the next 12 months, 32% of Malaysian respondents are extremely or very likely to ask their employers for a raise, while 28% will likely ask for a promotion. Nurul A’in Abdul Latif (pic), deputy executive chair, PwC Malaysia said, “When it comes to pay and progression, are employers ready to have this conversation amidst today’s economic backdrop? And are they doing enough to ensure that the skills gap continues to narrow?

“Although employees appear to be less worried about being replaced by technology, this doesn’t mean they don’t see the need to upskill. While Malaysian respondents are seeing efforts made by their employers to upskill workers, they seem concerned about not getting relevant training related to technical or digital skills.

“It’s this training relevancy that must be addressed, because you wouldn’t want your efforts to go to waste," Nurul said.

The research also highlighted Malaysians appear to be strongly in favour of hybrid work models with 63% (globally and locally) saying they would like some mix of remote and in-person work.

It said Malaysians are also optimistic about their organisations’ work arrangement plans, as 60% are expecting their employers to adopt such an approach.

Only 18% of Malaysian respondents saying they prefer to work remotely full-time, and only 27% expect their employer to adopt full-time in-person working, it added.

However, the ‘new normal’ ways of work may impact employees’ sense of community and connection with colleagues and the company culture, the report noted.

Additionally, the research indicates that Gen Z (ages 18-25) employees, in particular, are less satisfied with their job compared to other age groups.

It said many of them would have joined the workforce during the pandemic, which may be a contributing factor to the sense of disconnect.

Organisations will need to find ways to re-engage them, and ensure that steps are taken to create a cohesive and inclusive culture that employees can participate in, PwC noted.

“A mindset change may be required so ‘face-time’ is not equated with greater commitment or performance.

“There’s also the challenge of ensuring that hybrid working is able to facilitate peer-to-peer learning, given 49% of Malaysian respondents worry about the lack of opportunities in working with or learning from colleagues with advanced technical or digital skills,” said Nurul.

The survey also noted that employees are holding organisations to higher standards of transparency, likely as a result of the increasing volume of conversation around environmental, social and governance (ESG) issues.

It said Malaysian respondents rate transparency in the organisation’s impact on the economy (65%) as a top ESG consideration, followed by the organisation's record on protecting worker health and safety (64%).

Considering the role played by employees in helping organisations fulfill their own ESG commitments, the survey indicates that only 31% of Malaysian respondents say their company provides support and resources to help them minimise the environmental impact of their job.

Nurul said, “For some, this means communicating their commitment to talent. For others, this might mean a transformation of their people's agenda to consider how they recognise employees and create a safe and inclusive workplace.

“Leaders who are able to sync up what matters to their people with the organisation’s purpose stand a better chance at winning the war on talent,” she said. 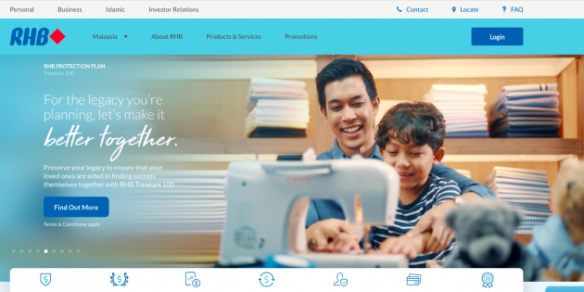