A MERE 19 months or so after having made its debut on Nasdaq, MOL Global Inc’s rollercoaster ride on the US stock exchange has come to an end.

The reason? Its American depositary share (ADS) prices fell below the minimum bid price of US$1. Nasdaq issued the Malaysian company the notification last October, and about a week ago, MOL Global decided not to seek a time extension to regain compliance.

While the news may come as a shock to some investors, industry observers were not entirely surprised to see the company heading down this path.

“If you look at the series of unfortunate events that happened, I am not surprised that the company is now on the verge of being delisted,” said an industry observer who declined to be named.

“In fact, the entire initial public offering exercise seemed more like an opportunity for some shareholders to cash out,” he added.

In MOL Global’s prospectus, the company said it was offering 7.49 million ADS units, while selling shareholders offered another 11.98 million shares.

This meant that if all these 19.4 million shares had been snapped up by investors, about 62% of the proceeds would have gone to the selling shareholders.

However, the company did not manage to sell all 19.4 million shares at US$12.50 as planned. According to its filing with Nasdaq, it sold only 13.5 million shares, including six million shares belonging to selling shareholders.

Some seasoned investors felt that the company was simply a victim of bad timing – its initial public offering (IPO) fell on a day of overall dampened sentiment in US financial markets – and that this damaged investors’ confidence, making a sustainable rebound in its share price a challenge.

However, some believe that it was a combination of challenging market and economic conditions, poor management, and perhaps insufficient investor relations activities.

“I think the general consensus in the industry is that MOL Global’s business remains healthy. Although some momentum was lost in the past 18 months due to legal distractions, the company remains one of the more solid ones built out of South-East Asia,” said a venture capitalist (VC) who declined to be named.

“Its troubles on Nasdaq were mostly self-inflicted and related to governance and specific tactical decisions by the shareholders, rather than anything that represented or reflected the ecosystem at large,” he added.

MOL Global listed in October, 2014. In November that same year, it announced that it would delay reporting its third quarter 2014 financial results and that its chief financial officer Allan Wong had resigned due to personal reasons.

A host of US law firms then said they were investigating potential claims on behalf of investors concerning possible violations of federal securities laws, and were looking at a class action suit.

The VC said that perhaps MOL Global could have avoided some of the headwinds had the company taken more time to plan and make decisions before going public.

Raising a large sum of funds can sometimes damage a company, he argued.

“Sometimes, raising money at astronomical valuations and in large increments damages the company greatly if this money comes from shareholders who want out too soon or are too cavalier about key business decisions,” the VC said.

“MOL Global is a textbook example of this. It has an interesting story with strong regional potential, a solid team, and good fundamentals – yet almost two years were just wasted due to hasty decisions imposed upon the company by its shareholders.

“I do not have enough data on listings of tech and non-tech companies with significant stakes controlled by South-East Asian tycoons and conglomerates over the years.

“But my hunch would be that such shareholders would be used to the cosy stock exchanges of South-East Asia and may not be truly prepared for the intolerance for even small mistakes or missteps that global exchanges have,” said the VC.

“To me, the MOL Global team did nothing wrong. There’s also nothing wrong with Nasdaq as a listing destination, apart from the fact that it is not a marketplace to go into unprepared,” he added.

Below is a chronology of the events that led to the delisting of MOL Global:

Nov 20, 2014: It announces that it will release its third quarter financial results on Dec 3, 2014, instead of Nov 21, 2014. It also announces that its chief financial officer Allan Wong had resigned due to personal reasons. Share prices start to tumble.

Dec 1, 2014: Trading resumes. Share prices continue to fall, to below the US$2-per-share level.

March 27, 2015: Founder Ganesh Kumar Bangah steps down as chief executive officer (CEO), but takes on the role of executive chairman. Charles Ng and Preecha Praipattarakul take on the role of co-CEOs. MOL Global reports a net loss of RM21.6 million for the full year ended Dec 31, 2014, versus a net profit of RM12.01 million a year ago. [RM1 = US$0.26 at current rates]

Oct 9, 2015: Receives Nasdaq notification regarding minimum bid requirements. It has until April 4, 2016 to regain compliance. Shares close at US$0.73.

April 13, 2016: Announces delisting plan. Shares close at US$0.30. (Closing price on April 15: US$0.23). At such a level, this gives MOL Global a market capitalisation of US$15.5 million. In contrast and to recap, about US$75 million of the IPO proceeds went to selling shareholders. 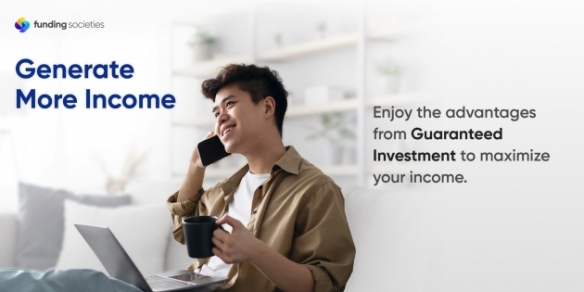