Malaysian companies outperform many countries in their digital transformation journey 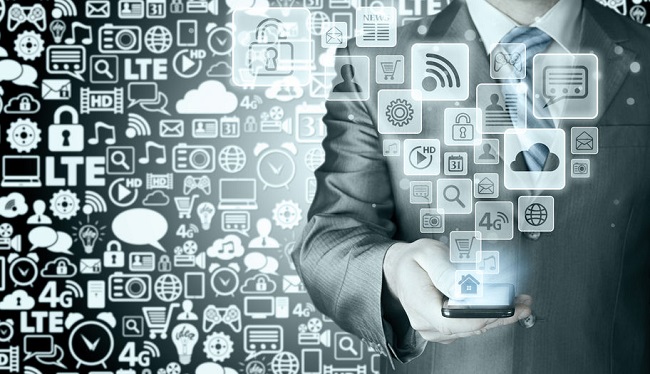 AFTER a rather poor start a few years ago, Malaysian enterprises - across most verticals - are finally starting to embrace digital transformation in a more serious way.

According to Oracle Corp's country manager for its Malaysian operations Fitri Abdullah, one of the reasons the conversation is changing is that IT and digital transformation are no longer merely issues and concerns of the IT departments.

"Increasingly, we are having conversations on digital transformation with the CEOs, the human resources team, the finance team. It is no longer just us and the IT department," said Fitri.

CA Technologies APJ vice president DevOps Richard Gerdis agreed. He believe that another reason why digital transformation agenda is gaining steam is because they know that - from various case studies and reports - it will positively impact the company's bottom-line.

According to CA Technologies' recent global study, it showed that companies and enterprises embarked on the digital transformation journey are seeing a positive impact to its business performance.

The global study - which compiles feedback from 1,770 senior business and IT executives, including those in Malaysia - revealed that respondents saw an average increase of 37% in terms of revenue from new business sources.

The study also showed that those who embarked on digital transformation saw customer satisfaction increased by 40%, and speed-to-market jumped by 33%. About three quarters of the respondents saw an improvement in customer experience, and increase in digital reach.

How did Malaysia fair?

The BIS ranked countries and industries globally on a 100-point scale based on 14 key performance indicators (KPIs), across the categories of business agility, business growth, customer focus and operational efficiency.

In the study, Malaysia scored 64 points -- higher than the Asia Pacific and Japan (APJ) score of 56 and the global average score of 53 points.

In terms of ranking in South East Asia, Malaysia comes in third, just behind Indonesia (2nd) and Thailand (1st). According to CA Technologies, 83% of respondents in Malaysia perceived themselves as significantly ahead of competitors due to their digital investments. 48% of them see themselves as disrupting their industry, because of the advanced digital initiatives they have adopted.

"The study also suggests that Malaysia's enterprises are responding to the pressures to meet their customers' increasing expectations, and that their digital transformation efforts are having a positive effect on customer engagements," said Gerdis (pic right).

The study revealed that 78% of enterprises in Malaysia reported moderate to significant improvements in customer experience due to digital transformation -- five percentage points higher than APJ average of 73%.

Malaysian respondents also reported that new business revenue improved by an average of 42% (global average: 37%), employee productivity improved by 47%, quality of development process/ applications improved by 45%, operation and process efficiency improved by 43%, and others.

"Companies must incorporate technology - specifically software, into their operations and embrace digital transformation."

According to industry players, another reasons why more companies are embarking on digital transformation agenda is the significantly improved fixed and mobile broadband infrastructure.

"Without a stable and reliable broadband infrastructure, many of the new technology such as Software-as-a-service, or other solutions as-a-service, will have a challenging time picking up momentum," said Mercury Securities head of research Edmund Tham.

Today, almost all Malaysians have access to high speed broadband services -- may it be wired or wireless. Based on data provided by Malaysian mobile operators, the country's 4G LTE network now covers more than 75% of population.

Meanwhile, Malaysian Communications and Multimedia Commission (MCMC) in its recent report, said that more than 70% of Malaysian households subscribe to broadband.

The relatively mature, yet improving, broadband infrastructure is one of the reasons why many tech companies are starting to offer cloud-based solutions to Malaysian enterprises and the small and medium enterprises (SMEs).

While the company declined to reveal how much it plans to invest in the KL Hub, Fitri revealed that the company plans to hire at least 200 people for the KL Hub. The KL Hub will serve Oracle customers and potential customers - mainly the SMEs - from 23 countries.

Turning the spotlight on 'soft' infrastructure

The journey to cloud is only just beginning