Jasbir Singh (pic, right), Oracle VP of Applications Sales for Malaysia & Asean Strategic Programs, was recounting a story of a client who came back to him in the middle of the Covid-19 pandemic.

"Thank God we went live with ERP," said the client who had just installed the cloud-based system, "I do not know how to work from home!"

What made the reaction more pronounced for Jasbir was the fact that the client was somebody who had not wholeheartedly bought into the idea of moving business operations to the cloud. "It was a total shift, like somebody who had been converted from one religion to another!"

However, it can't be denied that Covid-19 has pushed people into digitalisation. Sales of Oracle’s ERP based on Software-as-a-Service (SaaS) grew 31% in Q3 compared to previous quarter, and this year his division has seen the largest number of customers go live during the pandemic.

According to Jasbir, these customers could be split into two categories. Some had already done their evaluation, and knew they wanted to commit. "When MCO was started, it was like, we can't stop now. We have really come a long way." 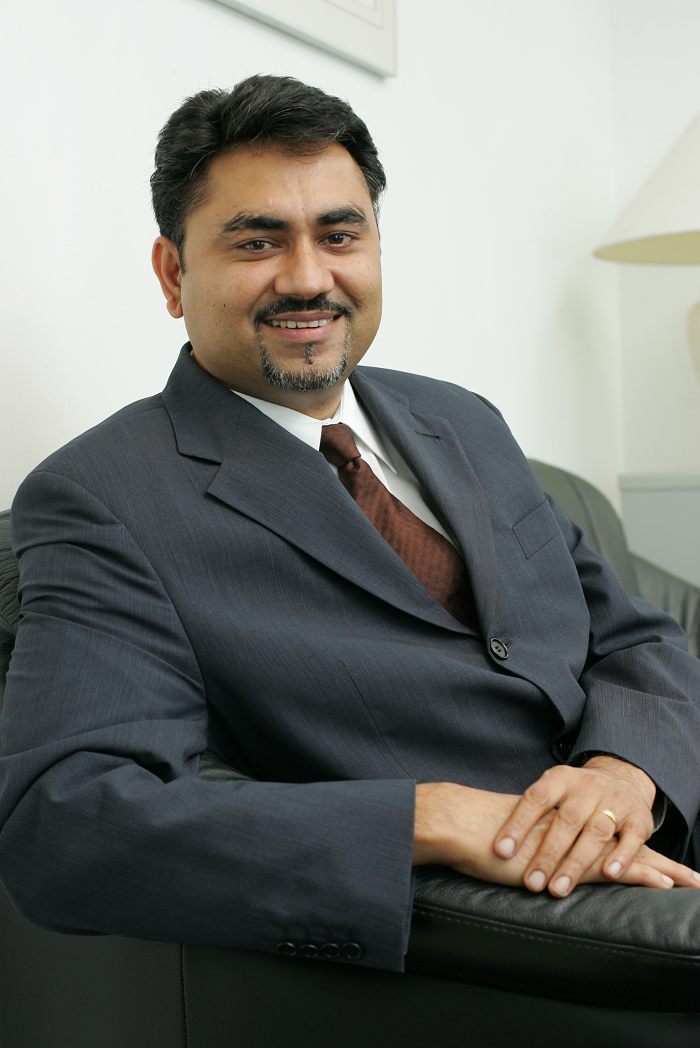 Then there were those who had just begun to evaluate the software, and decided to pause. "And those who did stop, watched and observed, are now coming back and they are revising their whole RFP (request for proposal)," said Jasbir, alluding to probable internal business reorganisation in the interim.

Perhaps most surprisingly, there were those who decided to take the plunge and commit to a brand new installation during the lockdown. Jasbir confided there was a very large client with whom the entire process of negotiating and finalising contracts was conducted completely online, effectively underlining what can be done digitally. "All this was done without shaking a hand."

Jasbir frequently refers to his mission as educating customers about the journey they have to undergo. But how that conversation goes depends on the chief information officer (CIO) he's talking to.

He’s got people who have gone through the trenches, working for (big multinational companies), and now they are 55. "That person, it's very easy to have the conversation with, because every single data point I talk about, the guy registers and he understands."

However, those without as much experience require a bit more handholding. For example, cost is always a consideration. "I think the assumption that the cloud will be cheaper is a wrong mind-set," says Jasbir. Rather, he encourages customers to think about how much more they can do with the cloud once they have it.

As for market sectors in Malaysia, Jasbir admits to being a little surprised how some sectors he assumed were more conservative were actually quite open to adopting cloud. For example, the assumption was that the financial sector would be relatively slow. However, Bank Negara's willingness to put guidelines and regulations in black and white for the banks to follow sped up the process, because banks now had a document that they were confident, would, in principle satisfy the needs of all banks in Malaysia.

As an example, the document defined what kind of encryption was needed. "Then (we) find the same thing also been requested from MAS in Singapore," says Jasbir. Soon, they see similar requirements from banks in other countries like Australia or Indonesia, and the feature becomes standard. "Now we are able to (include) that as part of the platform so everyone gets it."

The other advantage is that clear guidelines define what the mission critical systems are where Bank Negara is a clear regulator, and the systems which are under control of the bank. "As you move further away from the customers towards the back end, for example, planning and budgeting systems, manpower management, HR systems and the like... we do have these customers who (now) have moved these systems onto the cloud."

The particular feature of SaaS to improve services over time is something Jasbir is proud of. He says Oracle pushes out updates and improvements to its software service every three months – including a timely feature earlier this year called “employee wellness” which allows companies to let employees self-update their health status. "Employees could (report) where they were, how are they feeling and record their temperatures."

"The ERP can start recommending to you the trends (it is) seeing around your procurement," explains Jasbir. "Or, it gives you a recommendation on who is the best person to hire. In fact, it has already started collecting data, and analysing it. All you have to do is decide whether to switch it on."

Jasbir adds that these are features that otherwise may be out of reach of the smaller companies. "Every company will find it difficult to hire and retain a data scientist. So why not we give (customers) AI embedded capabilities in our ERP?” he poses. He points out that otherwise companies would have to expend significant time and resources to build their own AI or IoT systems. "So, it's better to consume that as a feature in a SaaS. Absorb the innovation that Oracle gives you, and then expand from that."

Moving to a new norm

Despite the strides made going forward in shifting to the cloud, Jasbir feels that there are still companies that need a nudge. "I want Malaysians to read that it's become a new norm, and that it's proven because the IT industry has been working this way."

Most of the issues he sees when companies commit to the cloud are operational in nature. "If you address their business continuity plan and you put everything that is possible to transition, then it’s likely that a CFO will say, 'Yep I think we are good to go'."

As to how the Malaysian government can persuade companies to join in the "Cloud First" strategy, Jasbir feels that perhaps make direct contributions will have the biggest impact. "They can help in reducing costs to migrate to the cloud through some grants.”

Certainly, companies are keen to digitise. He has seen SMEs in Malaysia, working with Oracle in trying to adopt IoT and it’s the same in Singapore. He also sees enterprises in Malaysia asking how blockchain can help them.

"For us to implement CRM or HR (in the cloud), it has become like a norm," he concludes. "It's not a question of should a business move or not. It's about when are you ready to move forward."