This milestone comes barely two months after JustCo closed on a Series B funding with Thailand’s largest property developer Sansiri, which placed JustCo on a US$200 million valuation.

JustCo will own 65% while Gunung Sewu – a group with diversified businesses in food, property, insurance and manufacturing – will own 35% of the joint venture with an undisclosed amount of investment.

This joint venture aims to replicate JustCo in Indonesia to form a colossal multi-faceted community. It will make up of a similar myriad of dynamic and talented entrepreneurs, business owners, creative individuals and location-independent workers.

As Indonesia named itself the uprising New Digital Energy of Asia, alongside the ambition to grow entrepreneurship and startups plus the increasing exposure to technology, this joint venture demonstrates the latent potential in Indonesia’s co-working industry.

The goal is to operate four JustCo centres in Indonesia in 2018, starting with the first co-working space secured at Sequis Tower, Jakarta. It is slated to open by next July.

"When our first meeting with Gunung Sewu kicked off, we knew immediately that our vision, values and strategy creation are aligned. Their local know-how and resources will allow us to enter the Indonesia market with a strong foothold.

“For example, our first centre to open will be situated in one of Gunung Sewu’s premium properties,” says Founder and CEO of JustCo, Kong Wan Sing.

“As a first-mover, we will be able to shape and redefine the local work culture and workspace scene.”

Sequis Tower is one of Gunung Sewu’s premium skyscrapers developed under its property business line. It represents the next generation of International Grade A office buildings aiming to achieve Leadership in Energy and Environmental Design (LEED) Platinum rating, as part of their commitment towards the environment that is reflected by its concept and design.

Located in the heart of Jakarta’s Sudirman Central Business District, within the Golden Triangle of Jakarta, the building offers walking distance convenience to the upcoming Istora MRT station, with pedestrian access to nearby Jakarta Stock Exchange, malls, hotels and banks.

“The joint venture with JustCo is in line with Gunung Sewu’s increased attention in the startup and tech-related businesses. Indonesia is a potentially sizeable market with the co-working culture on a rising trend thanks to the exponential number of entrepreneurs and booming of the digital market,” says chairman of Gunung Sewu, Husodo Angkosubroto.

“With JustCo’s acute business strategy and tenacity, we are confident and excited how this joint venture will drive more innovative communities and successful entrepreneurships in Indonesia.”

With the current 11 centres in Singapore and Shanghai under its belt, JustCo is enroute to triple the number of co-working centres to 30 in the region, to become the number one in Asia in 2018.

In addition to Jakarta, expansion plans are in place to set foray into strategic key cities like Bangkok, Kuala Lumpur, Ho Chi Minh City and Manila. Bangkok will be the first stop in Southeast Asia, and will launch its first and second centre at AIA Sathorn and Capital Tower along Wireless Road respectively.

In Singapore, JustCo is the first premium co-working space provider to open a centre within a shopping mall in the downtown district – Marina Square. This is slated to open in mid of 2018.

JustCo Singapore will also double its current centre space at UIC Building and Marina One. 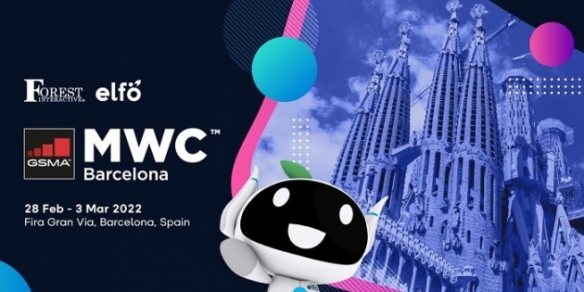