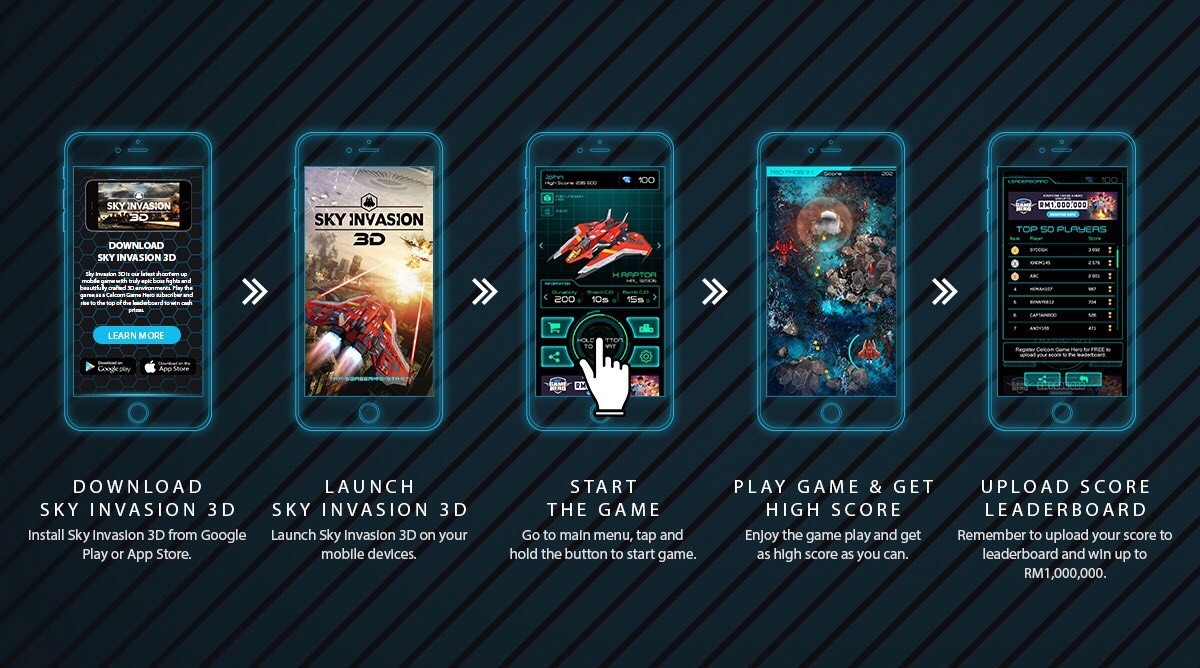 EVERYONE can now be a hero and win cash prizes from a pool of RM1 million, by participating and battling it out for the top scores in the all-new Celcom Game Hero, a mobile game tournament in Malaysia.

'Sky Invasion 3D' is a generic aircraft shooting game that can be easily participated in by casual to expert gamers. Mobile gamers just need to gain a high score and be placed in the leader boards to be in the running for cash prizes.

Supported on Celcom's network coverage and with a weekly subscription of RM3, Celcom Game Hero's 'Sky Invasion 3D' can be downloaded via Google Play and iOS App Store.

Celcom Game Hero enables anyone to become a hero on their mobile phones and participants can enjoy a free trial of the 'Sky Invasion 3D' tournament from March 7 until April 6, 2017.

Celcom Axiata chief executive officer Michael Kuehner said Celcom is dedicated to delivering a cutting edge mobile gaming experience, and the Celcom Game Hero is the first of many initiatives that will further enhance and meet the digital needs of the mobile gaming community.

"As customers today love playing games on their mobile phone, there is a high demand for the best seamless network for a gaming experience without any interruptions. With customer experience as Celcom's top priority, both casual and expert mobile gamers can look forward to many more exciting initiatives that will deliver the best mobile-gaming experience," he said. 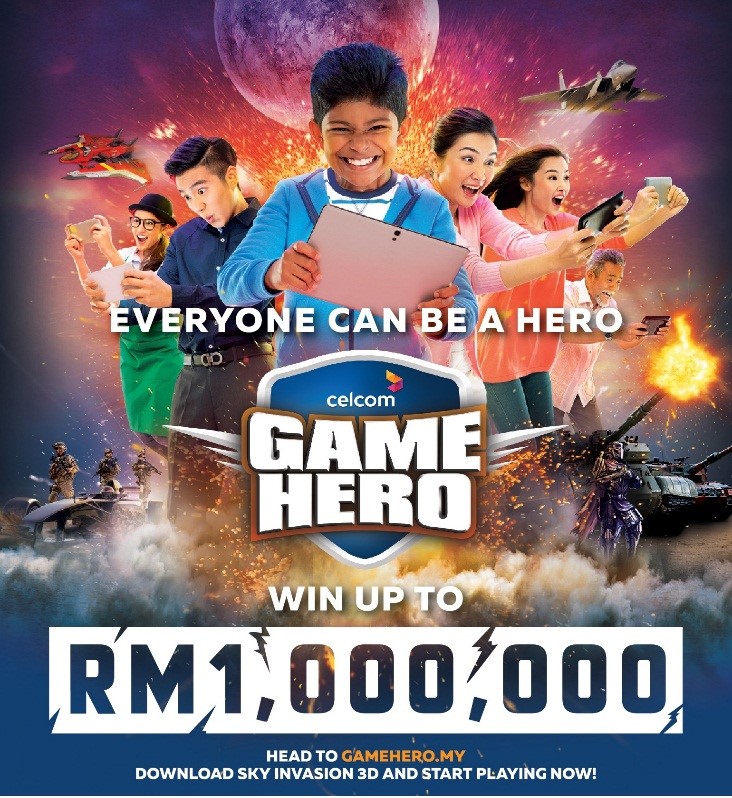 Techninier chief executive officer Lion Peh of said this tournament will set the bar at an all new high, a record-breaking milestone for Techninier following the success of mobile game tournaments previously hosted.

"We are very excited to be part of history in the making by taking mobile gaming tournaments to a whole new level of prizes at stake, making this Malaysia's biggest mobile gaming tournament of its kind. Professional gaming is already a career in several countries and we hope the concept of reward-based income from tournament prizes will drive and inspire gamers in our country," he said.

Celcom Game Hero's first tournament 'Sky Invasion 3D' will last for about four months with the winners and prizes to be announced and given out by the end of the tournament. The subsequent tournaments will be held with a different gaming genre.  .