IFLIX, an Internet TV service for emerging markets, and Zain, a mobile and data services operator in the Middle East and Africa, on Feb 16 announced the establishment of their joint venture, ‘iflix Arabia’ to bring iflix’s service to the Middle East and North Africa (MENA).

iflix Arabia, will be headquartered in Dubai and trade commercially as “iflix”, adding Zain’s territories of operation to iflix’s global footprint, including Kuwait, Bahrain, Iraq, Jordan, Lebanon, Saudi Arabia and Sudan, with the potential to further extend into additional regional markets.

The commercial launch of iflix’s Internet TV service across the MENA region is planned for the second quarter of 2017, at which time iflix Arabia will offer consumers across the region and Zain mobile customers its range of TV shows, movies and more with Arabic subtitles, including many first run exclusives and award winning programmes.

In addition to having Hollywood, Bollywood, regional and local programmes, as well as over 2,000 episodes of children’s content, the service will additionally offer an extensive collection of Arabic shows and movies with iflix Arabia planning to introduce exclusive Arabic content series.

Having first launched its service in May 2015, iflix established its presence in the Asian region, rolling out its service to nine markets in less than two years, acquiring over four million members over the period.

With Zain’s 47 million customers, the joint venture will benefit from and leverage the mobile operator’s established market leadership in conjunction with learnings iflix acquired in consolidating its presence throughout Asia.

Zain Group vice chairman Bader Al Kharafi said, “The establishment of the joint venture ‘iflix Arabia’ instantly creates enormous value for both Zain and iflix stakeholders, given the synergies created and the new revenue streams that will be generated by the expected take-up of this appealing internet TV service from the general public and Zain customers. This is a monumental step forward for Zain in our journey to become the premier digital lifestyle provider in the MENA region.”

iflix co-founder and Group CEO Mark Britt said: “Zain is a true pioneer in innovation with a deep understanding of the culture and evolution of digital businesses. This collaboration represents an exciting step in iflix’s growth story as we launch in the MENA region with a partner who shares our vision and commitment to deliver an outstanding service and create awesome experiences for our customers.”

Each subscription allows users to access the service on up to five devices, including phones, laptops, tablets, and television sets, for viewing wherever, whenever.

A special feature for iflix subscribers is that they can also download TV shows and movies from iflix’s catalogue for offline viewing. 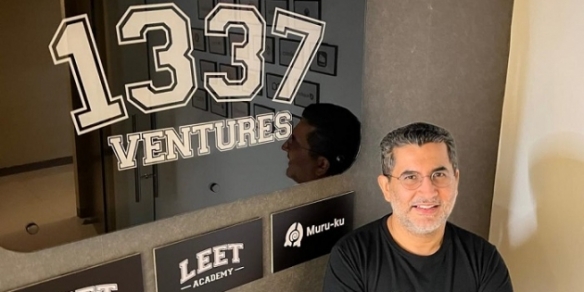