The Global Economic Outlook report from Oxford Economics, commissioned by chartered accountancy body ICAEW suggests that while economic activities are picking up again and growth is expected to eventually rebound to 6.4% in 2021, the pace of recovery over the second half of 2020 will vary across the region, depending on the easing of lockdown restrictions and improved export demand.

The Covid-19 outbreak reduced global GDP by around 9% in the first half of 2020, at least three times the size of the 2007-2009 global financial crisis. Despite a very strong rebound in the third quarter of 6.4%, the report suggests that world GDP will contract overall by 4.4% in 2020.

However, there is momentum building in the second half of 2020 (H2), which will drive growth to 5.8% in 2021, and lead the global economy to recover to its pre-crisis peak by the midpoint of next year, a similar time frame as the post-2008 financial crisis recovery.

The strength of the rebound in economic activity over the coming quarters in Southeast Asia (SEA) remains uncertain, particularly in the fourth quarter of 2020, after the expected initial strong bounce in global trade and domestic activity post-lockdowns has faded. Additionally, varying success rates in containing the Covid-19 outbreak, and differing lockdown exit strategies will widen the disparities in economic growth in the region. Economies which have convincingly contained the outbreak such as Thailand and Vietnam will see a stronger recovery than Indonesia and the Philippines, which are battling new waves of Covid-19 outbreak after restrictions were prematurely relaxed.

While growth in Singapore is forecast to contract by 5.7% this year because of a severe decline in global trade, signs of a recovery in exports and imports will see it rebound to 6.1% in 2021. Heavily export-oriented economies like Singapore and Vietnam will continue to benefit from a stabilisation in trade indicators, shown by recent improvements in exports over the past few months.

The report predicted that recovery prospects looked brightest for Vietnam, which had contained the virus very effectively until recently. Vietnam is expected to be the only SEA economy to record positive growth this year with its GDP rising by 2.3% this year, and 8% in 2021.

According to the report, how governments have handled the health crisis has had a direct impact on how sharp the hit to economic activity in the second quarter of the year (Q2) has been. Economies that entered lockdown swiftly or in a less strict, but more efficient manner, have been able to ease restrictions much earlier and mitigate more economic damage.

Although the nationwide movement control order in Malaysia compounded the economic damage in Q2, the payoff has been apparent, with the pandemic situation currently in hand, which will aid the economy in regaining its footing. The report predicted that Malaysia’s exports would benefit from improving Chinese import demand and the electronics cycle. Nonetheless, the speed of its recovery will likely slow given current sluggish global demand, high unemployment and weak investment, and its economy is forecast to shrink by 6% this year, followed by growth of 6.6% in 2021.

Although the Recovery Movement Control Order has been extended to Dec 31, 2020, almost all sectors have been allowed to operate, except a small number which are still restricted such as night clubs and entertainment centres. The entry of foreign tourists has also been restricted. The tourism sector contributes to 15.2% of Malaysia’s national economy with 194 industries involved in the sector’s chain, including service exports.

“The road to recovery for economies in South-East Asia will be a long one, with existing US-China tensions, a long-term slowdown in global trade activity, and the Covid-19 pandemic weighing on the region’s growth prospects,” said Mark Billington, ICAEW regional director, Greater China and South-East Asia. “While each country’s economy has suffered due to the crisis, the unique economic structures mean the crisis has played out in different ways. Ultimately, countries that can strike a balance between resuming economic activity and keeping the outbreak under control will see their economies bounce back faster than the rest.”

At an International Economic Forum hosted by ICAEW industry leaders discussed expected growth in the Middle East, China and South-East Asia, focused on the recovery in consumption, accommodative macro policies, international trade and the impact of the shift of investments.

The lively panel discussion touched on the outlook for the global and regional recovery from the pandemic, particularly China’s rebound and its implications for SEA. The panellists also shared their points of view on how well governments across the region have handled the pandemic and how varying recovery progress across economies would impact the region moving forward.

Other findings from the report include:

In China, economic growth is likely to remain relatively robust over the second half of 2020. The country’s GDP should grow 2.5% in 2020 and accelerate to 7.9% in 2021, supported by strong demand for electronic products and exports of protective gear and medical equipment during the coronavirus pandemic. However, in the medium term, tensions with the United States may disrupt demand for goods and increase disruption in manufacturing, with efforts to decrease American reliance on China having a negative impact.

The situation remains precarious in Indonesia and the Philippines, with infections accelerating again after lockdown restrictions were relaxed, causing reopening plans in these countries to be paused or reversed. Both economies remain highly vulnerable as they have weaker public health infrastructure, lower levels of fiscal support available, and are much more consumer driven than others in the region.

The pace of recovery in Indonesia is expected to be slow and household income will be squeezed. GDP is expected to contract 2.7% in 2020 before a 6.2% expansion in 2021. The Philippines is set to record the largest contraction in SEA, with its GDP falling 8.2% in 2020, because of its dependence on international tourism and a slow exit from lockdown. 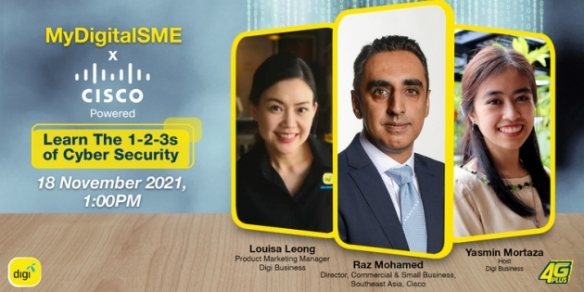