How the IoT is transforming traditional industries INDUSTRIES that have been dismissed as ‘traditional’ and resistant to change – from retail and logistics to healthcare – are already being transformed by the Internet of Things (IoT).

This transformation is not only being driven by how the IoT allows us to collect data, but also how we track it, according to Ryan Goh (pic above), Asia Pacific vice president and general manager at Zebra Technologies.

In a recent conversation with Digital News Asia (DNA) in Singapore, he cites the retail sector as an example.

“In the old days, you needed to head down to the shop to look before you decided to buy – but now you can go online to ‘see’ the products or even check which store has them in stock before heading out,” says Goh.

“There are now various ways people can shop, and retailers are looking at this and asking, ‘How can I compete using the IoT?’ ” he adds.

READ ALSO: Making the world ready for the IoT

Some already are, with simple methods such as mall retailers targeting advertisements according to user preferences when shoppers log into their WiFi networks, allowing the retailers to close a sale more quickly.

The IoT is even more effective when coupled with cloud computing, transforming the way retail stores interact with and handle customers, according to Goh.

“If you go to a store and it doesn’t have your size, what most retailers would do is pick up a phone and try and find a store with your size,” says Goh.

“But today with a mobile app, retailers can scan a barcode of the product and find out which nearest store has your size in stock and send for it – retailers can enable that transaction, when in the past they would have lost it,” he adds.

The IoT also allows the transaction to be completed outside of the usual point-of-sale (POS), which shortens the selling cycle.

“The best thing is that retailers can complete the transaction on the spot … on a mobile device with a credit card snap-on,” says Goh.

“This is how efficient and effective the retailer can become in shortening the selling cycle and increasing revenue,” he declares.

And that’s only on the front-end. “Behind the scenes, the data collected can help retailers develop their next product,” he adds.

READ ALSO: Investments: IoT startups are killing it, according to Ovum study 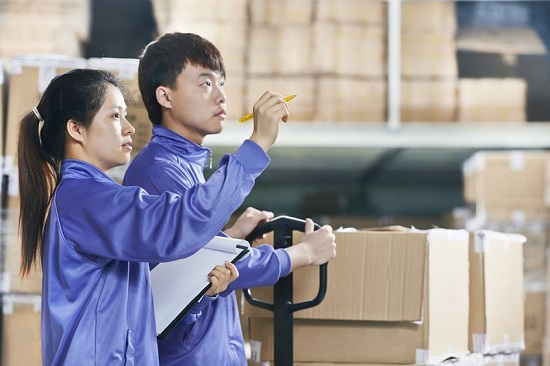 With the e-commerce boom, logistics companies are looking to deliver products faster and more accurately.

And this is where the IoT can also help, argues Goh.

“It starts from the warehouse – using barcode guns and scanners to speed up picking [where human workers collect the products that have been ordered].

“But the next step would be to use augmented reality (AR) to navigate to the right place to pick a product and find out the next job that has been assigned to you [the picker].

“That is using IoT real-time visibility, and that relates to ‘I know where my pickers are,’ and ‘I know what they are picking’ because of what they are scanning,” he adds.

The warehouse of the future is about combining the IoT, AR and data analytics, declares Goh.

This addresses the two the two biggest concerns in the logistics business: Speedy and accurate deliveries.

The emerging technologies above also allow for greater visibility, which has become increasingly important as e-commerce has changed the entire dynamic of what kinds of goods are delivered these days: It’s no longer about big packages only.

“Everything has a barcode, so more barcode scanners and mobile computers need to be deployed in the last mile to complete the transaction and give visibility,” says Goh.

“The visibility part is so important, from picking to delivering, so that entire process can now be tracked,” he adds. The heavily regulated healthcare industry can use the IoT to reduce the incidence of the wrong medication or dosage being dispensed.

The key is visibility, according to Goh.

“For example, to improve bedside medication administration, you can scan a wristband barcode and you’ll get the correct drugs to be administered – if it is the wrong drug, the mobile computer will prompt you to stop,” says Goh.

In agriculture, where tracking shipments back to the source is critical in recalling products, the IoT can be indispensable in food safety.

“When there is a product with a problem, we need to trace it to the source,” says Goh.

“If the farm itself is barcoded, you can trace it all the way from the last mile to the farm with the [problematic] batch, just using mobile computers and barcodes,” he adds.

IoT has done much to transform various industries and build real-time visibility into their processes, and with more IoT devices coming online, these transformations are just the beginning.

Even cows are going digital!