How Acronis has declared war against ransomware attacks In recent months, as cloud adoption has been on the upswing, security is becoming the new positioning ground for many IT businesses. For example, Oracle, announced late last year the launch of its identity Management Cloud Services, a people-centric, and context aware cloud service.

Acronis, a global company with its international HQ in Singapore, that has made a name for itself in the hybrid cloud data protection space through its backup, disaster recovery, and secure file sync and share solutions, has released a new version of its consumer backup solution that combines anti-ransomware features with blockchain-enabled authentication techniques.

“For many years, there was no innovation in backup,” said Serguei Beloussov (pic, above), the CEO of Acronis. “The only innovation that happened was when there was new a product, like virtualisation or cloud.”

Providing a background to why Acronis went for including features like anti-ransomware and blockchain in its Acronis True Image 2017 New Generation, he said, “When we thought of innovation, the thought came of security. Our technology lead was from a security background. He came from the Kaspersky Lab. Now, as far as security was concerned, ransomware was top of his head.”

In their experience, Acronis had seen many customers who had been hit by ransomware and had to restore their data using the Acronis backup solution.

As far as the threat of ransomware is concerned, Acronis’ reading of the situation is bang on. “With the dawn of 2017, ransomware continues to emerge as a top security threat,” said Sunder Krishnan, CISA, past president of ISACA Mumbai Chapter. “This form of attack that encrypts and locks computer files and devices until a ransom is paid looms ominously over large companies, SMEs and even individuals.”

Ransomware is part of the top 10 security threat predictions by various analysts and security labs across the world. “In 2015, businesses paid US$24 million to ransomware attackers, a figure that was expected to jump to US$850 million in 2016, according to Carbon Black’s 2016 Threat Report.

However, I would shudder to place a number on that total, with many organisations choosing to pay the ransom rather than report the incident” said Krishnan

“When you are hit by ransomware and you restore data from backup, it is a cumbersome process,” Beloussov said. “It takes several hours to do complete backup. We thought that why don’t we make anti-ransomware prevention software, which we call Active Protection, a feature of the product. It works in such a way that whenever we can stop ransomware attack, we don’t require a person to restore from backup. We stop it on the fly and if a file is damaged, we restore the file from the backup. And it happens in an absolutely integrated manner.”

This makes Acronis True Image 2017 the only backup product, which includes protection against ransomware, he said. “In the process (of checking data from ransomware attacks), we also make sure that the data which is backed up is also protected. Because ransomware can also break into backup data and make back up files encrypted. But because your back up is stored in our cloud, it is much less likely.”

However, he cautioned that users should not look at the product as an anti-virus product. “We secure only your data,” he said.

The second innovation that Acronis True Image 2017 represents is the ability to authenticate the data. “If you sign something, that means it is valuable,” said Beloussov. “If it is valuable, then you have to have a copy. So, we added a feature called Acronis e-sign which is based on blockchains.  You can sign any digital object with blockchain. That means you can create a cache of the object and store it in the public ledger. And thereafter you can always check if the object was modified or not. You can also multi-sign the object.”

Acronis uses the “Hashing Algorithm” (which records any document in unique streams of bits and bytes) for this authentication purpose.

“This is a truly innovative product that nobody has (in the world),” he said. According to Acronis, these new features (Acronis Active Protection and Acronis eSign) are first-to-market, and the development was 100% Singapore-based. The development work took one and a half years. However, the product’s last version was released only six months ago.

Acronis delivers easy, complete and affordable data protection of all files, applications and operating systems across any environment—virtual, physical, cloud and mobile. Founded in 2003, Acronis protects the data of over five million consumers and 500,000 businesses in over 145 countries.

“We historically came from backup for Windows—it was for consumers and it was called True Image,” said Beloussov. “Today, we already support Facebook, Android, iOs, and Mac. But on iOs and Mac there were some critical things that were missing, unlike our Windows product which was very good. So, we did a lot of work for mobile back up and made it more secure, with a lot of new features.”

Besides the highlighted innovations (anti-ransomware and use of blockchains for authentication), another feature of the new release is increased reliability and ramped up speed, because it is a cloud-based product. “When we built the product, we kept certain attributes in mind. It had to be reliable. It had to be very fast, and we established a sophisticated benchmarking method for this, so that it (the product) not only became faster than its predecessor but also the fastest in the industry. We wanted the data to be in the cloud, so our cloud had to be reliable and very fast.”

What Acronis has released now is a premium version of True Image 2017 New Generation and only some existing consumers are going to get upgrades, he said.

This is for consumers, such as IT professionals. The enterprise version will come in the next several months, he added.

For Acronis, the journey of innovation will continue. Next on the cards is Artificial intelligence (AI). “Just as in our True Image product, we have integrated the benign use of blockchains, our first usage of AI is also going to be benign. It would be about categorization of data into important and unimportant folders and making data browsable using AI,” he said. “I can’t reveal more than that at this stage.” 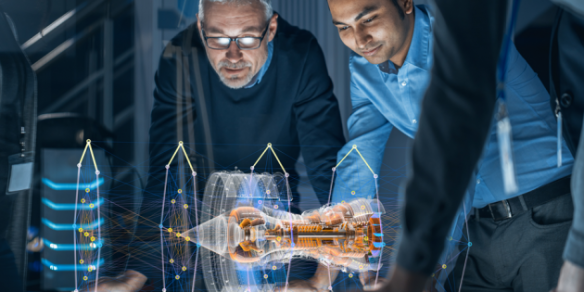