VIRTUAL Reality or VR as we commonly know it has been hyped up a lot. Nvidia views VR as the next major computing platform and has taken a very serious view of the technology.

At GTC 2017, VR is more than just a buzzword or novel concept. It is regarded with dead serious consideration as the next major disruptor that will change entire industries from automotive, architecture, manufacturing, gaming and even space exploration.

Nvidia offered us a taste of what is to come as it gathered the very best in the field to showcase their solutions and ideas.

Beginning with the host themselves, Nvidia had lots to show with its VRWorks software development kit (SDK) that offers developers a suite of APIs, libraries and engines that enable them to create next generation virtual reality experiences.

This included its VRWorks Graphics that Nvidia claims would enable realistic graphics while maintaining smooth frame rates and VRWorks Audio that offers raytraced sound in 3D space that changes dynamically based on the materials of the wall and position of the user.

There is also VRWorks 360 Video that enables VR developers and content creators to capture, stitch and stream 360-degree videos. Nvidia demonstrated this by offering visitors a chance to wear a VR headset and experience a full 360-degree view using live streamed footage from several cameras placed around the convention area.

Inside a demo booth, DNA managed to experience Nvidia’s realistic lighting simulation using its Iray GPU rendering technology that it being used in the construction of its new Santa Clara campus. It was an interesting demonstration where Nvidia digitally reconstructed the Bank of England just as how it appeared in the 18th century featuring the neo-classical design of Sir John Soane. Not too far away from Nvidia’s VRWorks demo is an interesting and unique take on VR by Lytro. If the name sounds familiar, that’s because it is the very same company that developed the innovative though short-lived Illum light field cameras.

For those not familiar, these were cameras that basically allowed users to snap a photo and later be able to adjust the focus point well after it is taken, making blurred out of focus photos a thing of the past.

Using their own proprietary virtual reality right called Immerge, Lytro shot a VR music performance named Hallelujah that brings viewers into a majestic cathedral while being serenaded by an angelic choir.

The difference as Lytro support manager Adam Gould pointed out when asked, was that most other 360 degree cameras shoot ‘flat’ frames that are then played back with a static viewpoint.

Lytro’s Immerge, on the other hand, allows viewers to move around a space and view a 3D object and at the same time provides rich stereo quality sound for an even more immersive experience. From the church halls to outer space, the National Aeronautics and Space Administration (NASA) demonstrated that it has been experimenting using VR as a training tool for astronauts.

NASA software engineer Matthew Noyes explains that through the use of a combination of virtual and physical objects, this Hybrid Reality Lab, is a low-cost yet scalable platform that simulates the challenges of working in a zero gravity environment.

Noyes explains that typically some of the equipment used by astronauts in space are too expensive and produced in limited quantity to be used in a training scenario. Hence to overcome this limitation, they 3D scan and 3D print replicas of the tools and modify them with VR controls to help train astronauts.

NASA’s technology demo showcased what Hybrid Reality feels like by bringing conference attendees on an out-of-this-world experience to see what life is like onboard the International Space Station (ISS).

Using Nvidia’s high-performance GPU and PhysX for powering physical interaction, the demo offers would-be astronauts a chance to visit the compact modules that astronauts live in, conduct repair works and even go on a spacewalk.

Coming back to Earth, ESI Group and Optis demonstrated how VR benefits manufacturers by allowing engineers to visualise complex 3D data to validate design decisions and assists designers in perfecting a vehicle’s design and maximising safety.

Check out what happened at the VR Village in the video below. 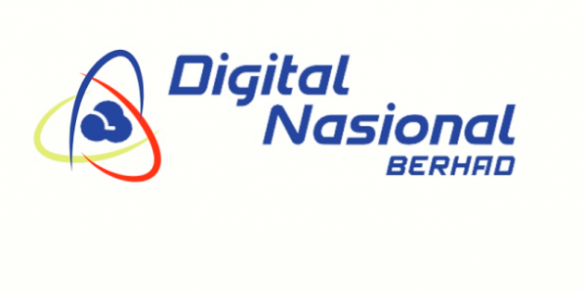