Fintech disruption: It’s the tech giants that should be worried 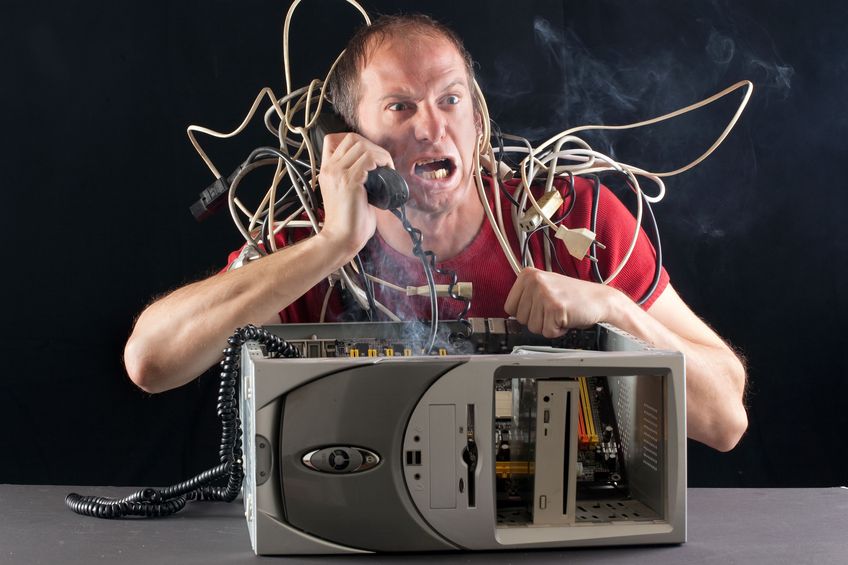 THE prevailing thought is that war between banks and financial technology (fintech) startups is inevitable and will be fought on every smart device and backend technology.

However, the truth is that only 20% of fintech startups are truly disrupting banks – the remaining 80% are doing something entirely different, according to Sopnendu Mohanty, chief fintech officer at the Monetary Authority of Singapore (MAS).

“When people talk about fintech, the natural understanding is a technology company doing banking,” he said at a roundtable discussion hosted by ESSEC Business School in Singapore, with the theme: Innovative Disruption and Value Creation of Fintech: Opportunities and Challenges for Financial Institutions?

“That’s the classic definition of fintech, but the reality is something different – 80% of fintech [startups] … are actually helping banks to digitise, challenging current processes and technology.

“They are actually disrupting the large tech players in a way that the banks’ technology expenses are getting smaller, while they are getting better customer services,” he added.

And why these new technologies and startups have been so effective is because the banking industry has been a technology industry for decades now, according to PwC Singapore partner and financial services leader Anthony Eldridge.

“Banks are actually fundamentally technology companies, the amount of technology needed by global banks is immense and there’s a lot of legacy there,” he said.

“What fintech [startups] are doing is bringing it to the front, the customer interface,” he added.

But banks have one major barrier to overcome: The vast amounts of legacy technology they have tied up in their processes. And this is what fintech is really disrupting.

“What is visible to consumers is the disruption to financial services, but the real disruption is happening to the IBMs of the world,” said MAS’ Sopnendu.

“For many years, banks have been filled with bad technology because they have a special talent for deploying legacy technology,” he said, adding that the old technology model meant that deployment could take years.

But the technology lifecycle has been shortened to about six months in today’s world.

Moving banks away from long, drawn-out approval and deployment processes requires tackling the underlying infrastructure, according to Sopnendu.

“The real issue is how we move banks away from those kinds of technology deployments to something more agile to suit customers’ needs,” he said.

Time to rip it out

To respond at the speed of the customer, banks need to rethink their current technology architecture to a ‘plug and play’ model, suggested MAS’ Sopnendu.

“For example if you replace the projector in this room, I can take some money from this college and go to the market and buy a replacement tomorrow – because all you’re doing is taking the technology from outside and plugging it into the power supply.

“Bank systems are not designed like that – if you want to replace something, you have to bring down the entire house.

“Banks don’t have the ability to plug technology in or out based on customer demand – and that’s where banks have to shift,” he added.

And this is also where fintech startups can come in as they often end up being vendors to the bank, according to Institute of International Finance (IIF) director Jean-Charles Sambor.

“You have to make sure that both sides, banks and entrepreneurs, are working together and not just fighting each other,” he said.

After all, fintech startups have not actually created new products, but rather changed the distribution methods and customer’s experience, argued Sopnendu.

“Fintech companies have not exactly created new financial products, they are still moving money from A to B, they are still lending money, a classic banking product,” he said.

“What has changed is the distribution process and customer experience through technology and architecture.

“We have to very clear – they have not marketed new financial products, they are just changing the way they [such products] are delivered,” he added.

Fintech startups are not only broadening financials markets, they are filling the gaps that banks traditionally have not addressed.

“The problem that we are trying to solve is SMEs (small and medium enterprises) not getting access to finance,” said Lawrence Yong, founder and chief executive officer of MoolahSense, a Singapore-based lending platform.

“If you look at our status today, we are not competing with the banks, we’re actually serving the customers that the banks are unable, or find it uneconomical, to serve,” he added.

Another much-held view is that banks are lumbering – or even slumbering – giants which are completely oblivious to all the upstarts snapping at their heels.

Whatever the situation was in the recent past, it is no longer true. However, finding a common language is an issue.

“No banks are in a state of denial anymore – if you ask any bank if fintech is on top of their agenda, they will say ‘yes’,” said IIF’s Sambor.

“But it doesn’t mean that they understand fintech the same way we understand fintech – some of the banks in South-East Asia might think of fintech as tackling financial inclusion, which is very different from the way banks in developed markets think,” he added.

But while the DNA (deoxyribonucleic acid) is fundamentally different between fintech startups and banks, changing ‘at the speed of the customer’ is something that these startups can do, according to MoolahSense’s Wong.

“At one point of my life I was heading a banking products team, and I wanted to launch a new product – it took six to eight months to create and to get all the signoffs,” he said.

“But at a fintech company like us, we can sit down and draw a few boxes, send it to tech developers, and a minimum viable product comes out in two weeks – there’s the speed of execution and agility that fosters product innovation,” he declared.

Working together emerged as the theme of the roundtable discussion, with PwC’s Eldridge advising banks to nurture fintech startups instead of just acquiring and assimilating them – by force, sometimes.

“That is the dilemma the banks are facing – the cultures are so different that bringing them [fintech startups] in may mean stifling their innovation, but keeping them too far apart means collaboration doesn’t work,” he said.

“There has to be that understanding there is an innovative skillset there that needs to be nurtured and not necessarily brought into the organisation and stifled.

“The fine line the incumbents are walking is they don’t want to find themselves as being the utility provider to a bunch of customer-interfacing technology-savvy fintechs, and the only way to walk that line is a collaborative relationship,” he added.

“We’re not in bed or married, it is a period of figuring each other out – how do we collaborate for the benefit of the business of both banks and fintech?” he said.