US social networking giant Facebook Inc really ‘likes’ South-East Asia these days – two weeks after opening an office in the Philippines, it has now set up operations in Malaysia as well.

The Kuala Lumpur office marks a milestone for the company in Malaysia, according to Facebook vice president of Asia Pacific, Dan Neary.

“According to a TNS study commissioned by Facebook that was published in March, 94% of people in Malaysia discover products and brands on Facebook, and 62% make a purchase after discovery.

“Our local team in Malaysia will focus on helping businesses tap into this unprecedented opportunity to connect with today’s mobile-first consumers,” he said at the official launch of the new office in Kuala Lumpur earlier today (May 5).

However, Neary declined to reveal the number of people that would be employed in Malaysia, although it did announce that the team would be headed by Nicole Tan.

“Malaysians on Facebook are an active and mobile-first community,” said Tan.

“They [Malaysians] have 60% more friends than the global average and spend more time watching video on their smartphones than consumers in any other country in South-East Asia.

“With more than 13 million people in Malaysia connected to a Business Page on Facebook, we also know they want to build deeper connections with businesses,” she added.

Indeed, Neary said that one of the key drivers of the consumer shift to mobile is video. “People are sharing and creating nearly three times more video on Facebook than they were a year ago,” he said.

Meanwhile, Tan was most recently the managing director of the Malaysian subsidiary of global advertising agency J. Walter Thompson (JWT), and has 20 years’ industry experience in the fast-moving consumer goods, technology, and automotive sectors.

The industry background of its chosen country head comes as no surprise. As with Google Inc, Facebook is pretty much an advertising company when it comes to monetisation.

Neary said North America and Asia Pacific are Facebook’s fastest growing regions, although he declined to be more specific.

In South-East Asia, more than 144 million people use Facebook daily, 93% of them via mobile. 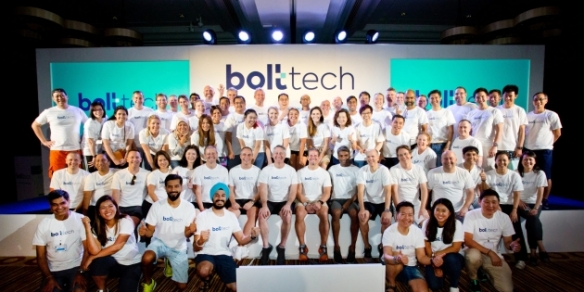