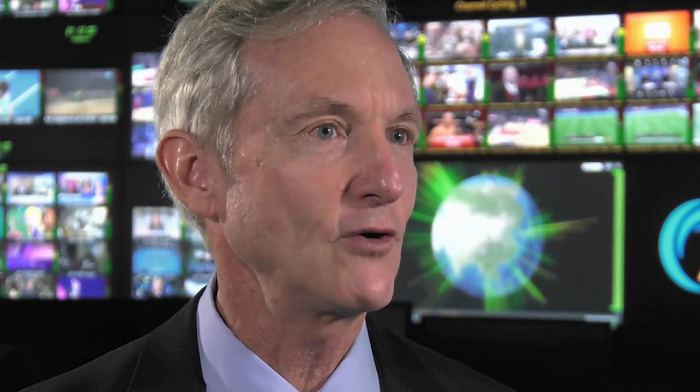 Akamai has observed their global traffic increase by almost a third in March, resulting from Covid-19 lockdowns imposed in many countries around the world. "In a normal four week period, we would expect to see traffic on our platform grow about 3%," explained Dr Tom Leighton (pic), Akamai CEO and founder. "Now, it's 30% in one month."

The sustained increase in Internet traffic was certainly a key talking point during the Akamai Edge Live Virtual Summit 2020. "I've been looking at traffic graphs for over 20 years now, and I can't recall ever seeing anything like this," confessed Leighton. "I can't remember a time where traffic doubled in a year on the Akamai platform."

One of Akamai's major customers noted that while they had to close their physical stores, the traffic to their websites increased dramatically - "As though it was Cyber Monday," was the observation.

"This is an extraordinary period in internet history," summarised Leighton. It is quite clear that this growth is a result of the lockdowns. Leighton shared a graph that demonstrated how traffic in China, South Korea, Japan and Italy changed after their respective governments imposed lockdowns. Normally, the aggregated growth rate of these four countries would be roughly 80% to 85% of the rest of the world. But around 10 February, the traffic in those four countries over the next four weeks jumped by 30% more than the traffic growing in the rest of the world.

A few observations were made on the day-to-day patterns. "It's interesting here that you get the biggest jumps on Monday through Friday; The weekends, it's up a little bit but not a lot," said Leighton. The reason offered is that before, people used to be at home during the weekends. But now they are at home every day.

This can also be seen in the hourly peak times, which would usually be between 5pm to 11pm, after people come home from work or school. Now, the peak time has expanded to take up the day, from 8am to 11pm.

People are also beginning to use the internet for all sorts of online services. Leighton said that the share of internet-based transactions (over transactions as a whole) had been steadily growing at 2% per annum, and originally forecasted to be 16% at the end of 2020. "I think when we get to the end of the year, we're going to see a much higher percentage of commerce being done online."

By early March, more countries in Europe would begin their lock downs, and eventually so did many states in the US. "Those first four countries don't look so different any more, because the rest of the world is starting to look like (them)," explained Leighton, as usage in the new countries rose to match what was happening.

From a more technical perspective, Leighton admitted that there is now a strain on some parts of the internet. "I think the bottlenecks have been most public and most pronounced in Europe," he said, but an increase has been seen all around the world. "The question on all of our minds is, 'Is the internet ready?'" he asked. "Can the internet scale?"

Naturally, Akamai feels it is in a good position to answer a question like this. "Our edge platform is really uniquely designed for exactly this kind of circumstance," said Leighton. “Of course, we never envisioned a pandemic!"

Nevertheless, Leighton was proud to announce good news: "We have improved the download times and the application times on both desktop and mobile," he said, highlighting a 14%-19% improvement in the US, and 10% in the rest of the world.

The reason Akamai is able to do this is because although the spine of the internet is undergoing a lot of strain, there is plenty of room to spare on the periphery. Akamai uses its technology to both cache content at the edge near the users, and also reroute traffic around congestion areas on the internet.

So, the answer the Leighton has for his own question on whether the Internet can scale is an unsurprising, "Yes, I think so. And not by itself. It needs help from, for example, Akamai."

"We're making a huge difference right now in serving all this traffic from the edges so that it doesn't have to overwhelm the data center and the core peering points in the internet," he emphasised. "Even then, in some cities and some networks, we're seeing a lot of pressure on the carrier."

"But yeah, I think the bottom line is the internet is going to scale, and we're going to help them do it."