THE emergence of technology based financial companies or financial technology (fintech) has prompted the banking industry to improve itself.

Fintech not only facilitates payments, loans or other financial services just as traditional banking business would. With a relentless technology and innovation capacity, they can reach customers who have yet to enjoy access to banking systems.

Rapid growth can be seen from the invested amount of venture capital (VC) to fintech startups. There was approximately US$13.8 billion or some Rp 186.9 trillion in 2015, more than double the capital investment during 2014. There are currently 19 fintechs worth over US$1 billion, or often referred to as "unicorns".

DBS Group Research Telecom, Media and Technology analyst Sachin Mittal said fintech boasts a number of advantages compared to traditional banks. Fintech, he said, is more efficient because it can reduce operating costs. As a result, they can offer cheaper loans.

"Fintech also offers more personal services and reaches out to people who have so far been unable to access banking services. This includes remote areas, which are difficult to reach by banking," he said in a research report entitled" Digital Banking: New Avatar - Banks Watch Out for Banks."

Asia has become one of the fintech centers in the world. In this area there are about 2,500 fintech startups with the potential to undermine the traditional banking market.

Amid such developments, banks will inevitably have to respond appropriately. Mittal said there are two ways you can do this. First, digitisation services must deliver faster, cheaper, and easier services to customers. An example would be opening digital accounts via smart phones.

Second would be integrating banking activities with the customer’s daily life. Thereby, understanding what customers need. This has been done by DBS Singapore through the "Home Connect" application that allows prospective clients to estimate home prices for purchase based on average prices in the region.

Despite its threats, fintech actually provides an opportunity for banks to collaborate. Banks have so far had trouble opening branches in remote areas due to limited funds, as well as surveillance systems and strict capital rules.

Fintech also faces a number of difficulties, particularly access to cheap funds. Moreover, the rules of financial systems in each country are different and have yet expressly regulate the business.

The solution is to collaborate. Banks can use the fintech technology system to reach inaccessible customers and areas of the banking system without having to open a physical branch. On the other hand, fintech can access low-cost financing to generate more activity.

"It remains unclear which banks will be the winner, but there will be some who have made the transformation. And there will also be those that will not survive the 'fintech attack'," said Mittal. 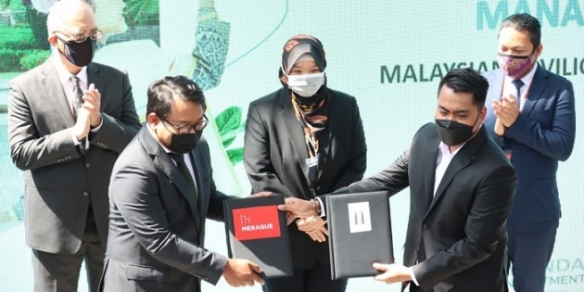