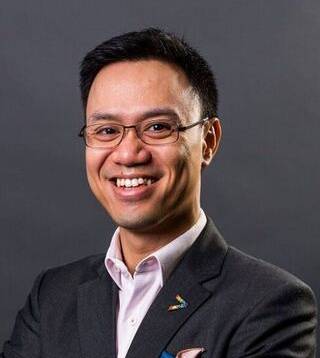 DESPITE the current 2 ½ year high in oil prices, the overall decline in the fortunes of the Oil and Gas industry are well-known.

At its low, it plummeted by more than half from its peak of US$107 a barrel in June 2014, with veteran oil analyst Daniel Yergin calling the triple-digit mark "a great aberration".  With this new reality, the industry is looking for the best way to respond.

"The first thing that all companies did was rationalise portfolios, sell assets, reduce head count - basically cost optimisation," said Cheah Wai Seng (pic, left), the Accenture managing director of resources. "What else can be done?" he poses.

Improve productivity through digitization, it seems. This was Cheah’s interpretation of a recent survey carried out by Accenture in conjunction with Penn Energy and Solomon.  In March 2017, they contacted 200 respondents in the oil refining industry, especially the downstream players.

"We were interested to see how they were thinking about digital," says Cheah. "How technology can drive some of the impact in the oil and gas industries, same as what we see in many of the other industries right now."

What was their response? "Two-thirds of refiners plan to increase their investments in digital in the next 3-5 years."

Slow to start, eager to get going

The IT revolution has been slow to make its full impact on the Oil and Gas industry.  "It's very more a risk-averse industry because health and safety is such an important part of the its culture. It's taken such a long time to unlock that mentality," explains Cheah.

In some ways, the industry was also waiting for technology to catch up. The growth of mobility and cloud computing has helped Software as a Service grow into something robust - and affordable.

However, this slow start means that the companies haven't gone fully all-in yet. Only 19% of those surveyed regard spending on digital capabilities as a top 3 priority.

As a result, much use of IT is siloed across different departments. “With digital there's an opportunity to break these silos (not just) across functions but also from the shop floor to the top floor."

And the companies do have big plans for IT. Top of the wish list is to use IT to help in analytics, followed by cyber security.

These efforts are all aimed to improve productivity. "We've got a use case close to home, an ASEAN based refiner," reveals Cheah. The company is looking forward to a 12%-15% reduction in costs and 4%-5% increase in income through digitization efforts in the next five years.

"The NOCs are saying we have to catch up and not just catch up, we’ve got to be taking the charge because there's so much potential in this." The future of Oil and Gas

Given that the global renewable energy capacity has more than doubled in the last ten years, with worldwide renewable capacity at 1,985 GW, or about 31pc of global power capacity, says data from the International Energy Agency, are these digitization efforts attempts to get the industry back on track, or are they to wring as much as possible from a ever-increasingly unpopular resource?

Cheah himself admits that change is the future.  "Oil and Gas companies I think will be called energy companies." He also says that innovation will be key. "What's to stop a petrol company from becoming a battery company?"

However, he contends that oil is not just about power generation. "Refineries will still be there. You still need to crack your crude to produce petrochemicals. Because your iPhones, your plastics, those demands will continue to increase."

Nevertheless, digitization is a key step forward to this brave new future.

"The refiners are saying, is not that we should, but that we have to. There is a journey that they need to take to becoming a digital refinery," says Cheah.

But it’s not all about technology, he cautions. "The vision, the leadership commitment, is important in order to be able to pinpoint where exactly the investments need to be. When you talk about digital, you can't disconnect technology from business."