In a statement, the telco said consumers’ demand for data continued to surge, as evidenced by the company’s data traffic growth of 6.2% year-over-year (Y-Y), with monthly average data per user reaching 23.0GB.

It said to support demand for high-speed internet connectivity, a total of US$36.5 million (RM173 million) capex, or capex-to-total-revenue ratio of 11.3%, was invested in the quarter under review to further improve its network quality and coverage.

Digi said its average download speeds surpassed 45.0Mbps from 44.1Mbps in the last quarter, while its 4G LTE and LTE-A network coverage now serves 95% and 80% of populated areas nationwide respectively, alongside an extensive fibre network of 10,372KM across the nation.

It said its focus on delivering quality internet experience through attractive best-in-value plans to its customers saw continued improvements in its subscriber base.

However, blended average revenue per user (ARPU) declined RM2.5 (Y-Y) to US$8.50 (RM40), mainly due to impact from lower prepaid ARPU as the Jaringan Prihatin programme ended, it said.

It added that its strategy in growing its fibre segment through targeted bundling offers yielded additional 17.6K (Y-Y) subscribers, with RM22 (Y-Y) uplift in ARPU to US$27 (RM130).

Meanwhile, Digi Business also sustained its strong growth momentum with 18.1% (Y-Y) increase in its subscriber base while revenue lifted 12.4% (Y-Y), from reflecting the company’s commitment in helping SME digitalise and supporting large enterprises’ needs for advanced digital and connectivity solutions.

“Looking ahead, with macro-economic uncertainties such as risks of a global recession weighing on the market, we will remain disciplined in cost management, while continuing to invest in strategic growth areas, network improvements, and modernisation agenda.”

According to Digi, its service revenue remained resilient with a marginal 0.5% quarter-over-quarter (Q-Q) drop to US$278,900 (RM1,319 million) in the third quarter of 2022, despite impact from adverse macro pressures and the end of the Jaringan Prihatin programme.

It said EBITDA stood at US$158 million (RM749 million), up 0.9% (Q-Q) with a healthy 48.9% margin, attributed to resilient topline development, modernisation initiatives, and efficient cost management.

Other financial highlights for Q3 FY2022 include: 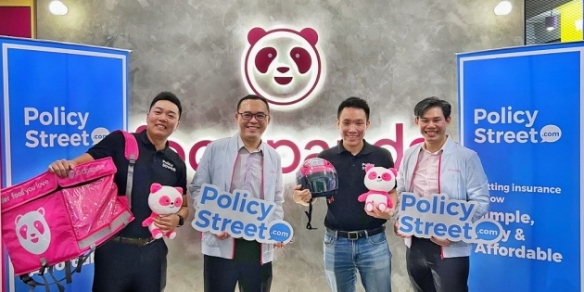