The world of the statistician has changed, thanks to the greater appreciation of the importance of statistics and data, especially as the economy transitions to becoming more digital in nature. And, Dr Mohd Uzir Mahidin (pic), Chief Statistician Malaysia, has a front row seat witnessing the change.

“Statisticians used to work behind the scenes. I remember when I started my career, I hardly went for meetings in my early years, maybe just division meetings,” he recalls. But last year alone, the officers in his department attended over 1,000 external meetings.

And the change has happened because owners of the raw data – think any government ministry in this case – have come to realise and appreciate that statisticians can offer something much more valuable than data. They can also tell the story that lies within the data.

“It used to be that they just wanted the data from us but now they want insight from us as well, to the extent that I will explain to the key stakeholders the meaning of the data,” says Uzir. But it doesn’t stop there. According to Uzir, “we also make comparisons, relate to the data and suggest policy options as well, even though we do not craft policy for our stakeholders.” Which is why his department is careful not to overstep its boundaries.

Uzir was speaking to Digital News Asia after a media session to promote the fact that Malaysia will host the prestigious biennial International Statistical Institute World Statistics Congress (ISI WSC) 2019 at the Kuala Lumpur Convention Centre from 18 - 23 August 2019. This will be the first time since its inception 130 years ago that Malaysia will host the biggest event in the world of statistics.

Spread over five days, the congress has todate attracted more than 1,700 author and paper presenters from more than 100 countries to discuss a diverse subjects and various disciplines of statistics, and their usage in the real world. The topics range from statistical methods and concepts, data compilation and management, technology, data science and analytics, Big Data, and their applications across all segments of the economy and life.

On the strong technology and data science focus of many of the topics, Uzir says: “The presence of technology and abundance of data creates great opportunities, while at the same time poses new challenges to statisticians and researchers. Thus, all of us need to embrace techniques, such as data science and analytics, to deal with this new set of data.” Meanwhile, Prof. Helen MacGillivray (pic, above), President of International Statistical Institute, who officiated at the briefing, scoffs at the notion that Artificial Intelligence (AI) could possibly do most of the work statisticians do today.

There was concern as well when software for statistics was first introduced with questions about its impact and how it would be used. But the profession survived and thrived. Likewise today, Helen says, “the introduction of AI creates the need for a greater combination of thinking and expertise around the use of AI.”

Relating this to the world congress, she believes that the combination of new and emerging issues around the world of statistics and data science will provide a rich tapestry for the many discussions that will happen during the week long event.

“The 62nd ISI World Statistics Congress will again provide a unique and special global statistical meeting full of invigorating and inspiring discussions, advances and connections across all statistics and data science, set in a colourful and rapidly developing environment.”

That rapid development, includes the belief that today, a statistician cannot be a single trick pony but must complement their degree with some IT knowledge as well, says Uzir. That IT background may not necessarily be in software. “It can be data based as well.” Here, Helen, who has a strong background in education highlights that as far back as 25 years ago, she had set up double degrees in statistics and IT. Those graduates ended up going everywhere (various industries) and have done very well in their careers.

More than connecting the dots

Putting it more succinctly, Uzir simply says, “we connect the dots” in describing what statisticians do. Yet that is an understatement. For, under Uzir, who took over as the Chief Statistician of the country in Feb 2017, the Statistics Department has done more than that. It has also taken it upon itself to further push out to the public, to business, to government and to the global community, the steady stream of national data that is produces.

Social media has been its platform of choice. That and an older technology – email, with Uzir having a database of over 6,000 leaders comprising senior executives from the private sector, policy makers, politicians and diplomats to whom he regularly sends out links to new data that his department publishes.

That data, by the way, is no longer presented in long winded and boring text. Colourful infographics are used to share the key points that the data his team has analysed, is telling. The most recent infographic shared on the Department of Statistics website gives a picture of Malaysia’s labour market for Feb with an infographic to lead the way followed by brief explanation and technical notes.

And, each press release, in a departure from norm, carries Uzir’s Facebook and Twitter accounts to make it easy to follow him on social media. Typically releases by government departments will carry the official department social media links and not those of the head of department.

But then Uzir, an economist by training who degree in Analytical Economics at the University of Malaya also gave him a statistician grounding, has also taken to heart a message he heard at a conference in Europe. “They emphasized that you are irrelevant if you do not actively promote your work on social media. It is not just enough to publish your reports on your portal, you have to engage,” says Uzir.

As chairman of the national organising committee of the 62nd ISI World Statistics Congress 2019, Uzir is hoping to create engagement around the event. “Beyond just an outcome, it is aimed to be far reaching, and as a platform to create a bigger spectrum to show that statistics matter.” 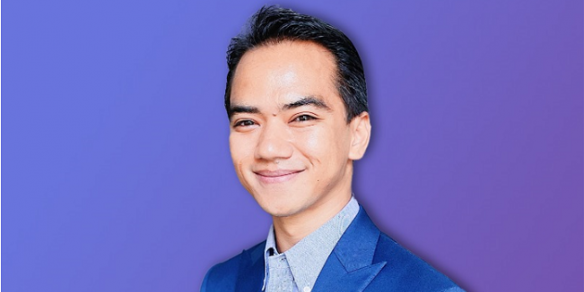