The Southeast Asian telecommunications giant is acquiring minority ownership in the Europe-based mobile transaction solutions company and will also facilitate the penetration of Cellum’s services in Indonesia.

Indonesia is the largest economy in Southeast Asia and has been able to sustain an annual GDP growth rate of approximately 5% over the past years. Half of its population of 261 million are under age 30.

According to the agreement, Telkom will increase capital in Cellum for a 30.4% stake, in two steps. Cellum’s current management will retain control of the company’s operations.

“This is a strategic milestone for Cellum, being much more than a significant financial investment. Having already been selected as Telkom’s official fintech platform provider for B2B services, we now have the largest Indonesian market player’s full commitment of to our partnership, which allows us to move to the next level in Indonesia and beyond.

“The capital increase makes us financially stronger and lets us keep up with our latest product development and expansion plans,” said Dr. János Kóka, CEO of Cellum Global.

“Telkom is leading Indonesia’s digital transformation, and financial technology is an essential part of that. Cellum’s platform provides a solid foundation for us to launch advanced fintech services that will improve the lives of consumers and boost the business of our corporate clients. We are looking forward to introducing various transaction services all across Indonesia in the near future,” said Joddy Hernady, senior vice president of Media & Digital Business at Telkom Indonesia.

“When entrepreneurs from Central Europe are thinking about entering a major foreign market, they usually consider Western countries. Our industry is different: at the moment Southeast Asia is the world’s fastest growing fintech market,” added Kóka. 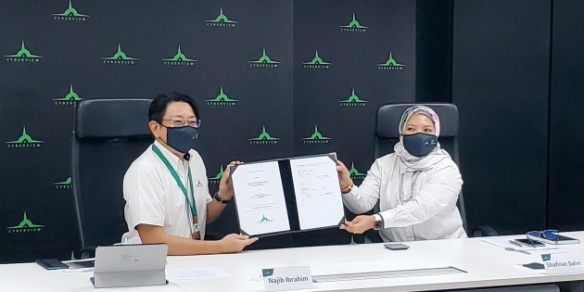