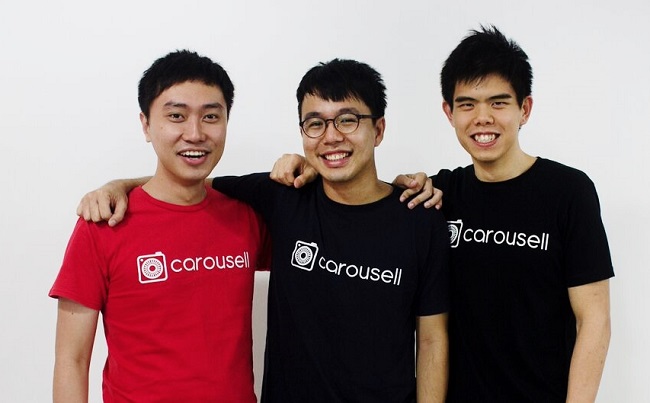 HAVING launched its web platform in 2015, mobile-first marketplace Carousell now moves to  adopt an AI-first concept to simplify the selling and buying process.

Singapore-based Carousell began operations in 2012 and now has users in seven countries and 19 cities across the Asia Pacific with over 65 million product listings, more than 28 million items sold, and an average of 120 listings uploaded every minute.

“Five years ago, we were one of the pioneers with a mobile-first marketplace. Try to imagine if the process of selling through a desktop take 30 minutes, and we manage to shorten the time by using a mobile app which take only 30 seconds to one minute.

“Now we are in 2017 and going forward, we are moving into AI-first to create new experiences for users. Our users want the fastest process of selling and buying. With AI, it will probably take from 30 seconds to three seconds. It is something that we are focusing on now.”

With a Monthly Active User (MAU) spending an average 2.2 hours per month in Q4 of 2016 and the average successful seller spending approximately 28 minutes per day browsing the marketplace app, Ngoo believes simplicity and high-user management will keep them motivated. Ngoo explains that Carousell’s Classified 4.0 AI-first enables sellers to scan through their items and AI or machine learning will figure out pricing references.

“Instead of typing and searching for the right price and categories, AI will offer price suggestions for an item, thereby shortening the time needed,” he adds.

For buyers, AI will improve the personalised feed feature on the app based on a user’s past buying behaviour and that of similar users along with conversational commerce that features a Siri-like search, chatbots, and smart replies.

Ngoo adds that every product scrum team at Carousell will incorporate machine learning and AI techniques.

“A few years ago, if we looked at a company that wanted to move from desktop web to mobile-first they always had a team to work on it.

“The world is moving fast, we have to keep innovating and every new step that we take will always be Day 1 for us to learn and improve,” he explains.

Indonesia as a high-potential market

Carousell entered the Indonesian market two years ago and Ngoo tells Digital News Asia (DNA) that they focus on youth which includes university students and influencers on social media because they are smartphone users.

“Carousell works best in a very concentrated area such as Singapore where people can meet up easily. Indonesia is still new but it is an important market for us because e-commerce has really taken off in that country,” he adds.

Data on Statista forecasts that Indonesian retail e-commerce sales will US$ 6.96 billion this year.

“When the e-commerce market is mature, people will over-consume and start to sell their items,” he says.

He also feels that challenges in terms of connectivity and transportation in Indonesia are being slowly solved.

“Indonesia has ride-hailing apps now that ease the transportation system, and the infrastructure  getting better too. Out of the seven countries that Carousell operates in, Indonesia has become a high-potential market for us,” he concludes.