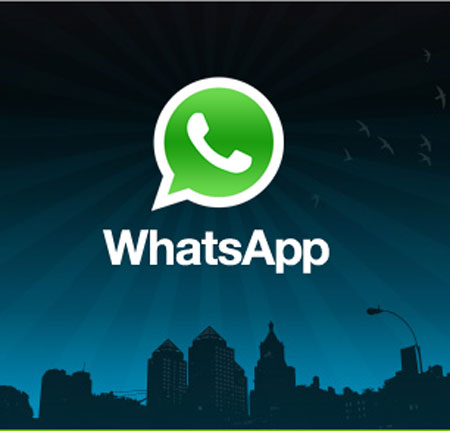 2017 had an interesting array of cyber related issues and laws. Facebook and other electronic platform defamation cases have become a norm. In the Kuala Lumpur High Court itself, there were 50 over cyber related tort cases filed in 2017. Many of them were filed by politicians against other parties including politicians and activists. Some were also filed by companies against individuals who had made disparaging remarks against them.

Interestingly, a defamation case was brought up because of certain defamatory statement via an office intranet.

We also saw how viral contents are treated in Court. Can a Judge rely on a viral video downloaded off the internet as evidence?

Cryptocurrency was one of the biggest news in 2017. Bitcoin shot up to almost US$19,800 (RM77,500) in December 2017. We saw one of the early Bitcoin disputes in one Singapore case. Bank Negara Malaysia issued an exposure draft by the name of Anti-Money Laundering and Counter Financing of Terrorism (AML/CFT) – Digital Currencies (Sector 6). The document outlines the proposed requirements and standards that a digital currency exchanger must carry out as reporting institutions. Notably, Bank Negara said cryptocurrency is not a legal tender in Malaysia.

A driver was reportedly successful in crowdfunding her legal fee of US$15,333 (RM60,000) through Facebook, among others. Sam Ke Ting was charged with dangerous and reckless driving after she had allegedly ploughed into a group of cyclists, killing eight and injuring eight others. The cyclists, aged 13 to 17, were believed to have been blocking the road at around 3am.

These and quite a few others, are notable Malaysian cyberlaw and electronic evidence cases (and some from other countries too) from 2017 that I will summarise over the next three days as part of my yearly tradition of what happened in the preceding year.

WhatApp messages, as much as it brings good to people, it also brought calamity. In Pendakwa Raya v Subbarau @ Kamalanathan (Court of Appeal Criminal Appeal No. N-06B-55-09/2016), the Respondent was charged in the Sessions Court under s. 8(1)(c)(iii) of the Official Secrets Act 1972 (OSA 1972) with having possession in his Samsung mobile phone soft copies of 2014 UPSR examination papers.

Evidence by the Communications and Multimedia Commission showed that the 2014 UPSR examination papers found in Prem Kumar's mobile phone came from the respondent's mobile phone. The witness from the Communications and Multimedia Commission explained that the fact that none of the images were found in the respondent’s handphone could be due to the images being deleted and thereafter overridden so that there is nothing left to extract in the handphone. Nonetheless, the Prosecutor argued that evidence clearly shows that the UPSR examination papers came from one source i.e. the respondent’s handphone.

Instead of dealing with the issue of electronic evidence, the Court of Appeal held that only real issue before the Court relates to the question of whether the UPSR examination papers are official secret.

In Pendakwa Raya v Mohd Syafrein Rasid [2015] 1 LNS 943, the accused was charged under Section 130J of the Penal Code for attempting to support the Islamic State and attempted to be a member of the same.

It was revealed in this case that the accused was influenced by what he saw about the war in Syria on Facebook. He even joined a few WhatsApp groups which had members sharing information about the Islamic State and their movement in Syria.

He then decided to travel out from Malaysia to join the Islamic State but was caught at the Immigration counter at the Kuala Lumpur International Airport. He pleaded guilty and was sentenced to two years’ imprisonment.

What would be the suitable way to admit chat logs from instant messaging applications? Should a party need to get someone from WhatsApp or an IT expert to extract the chat logs from the application? Or do they need to use WhatsApp's available function to produce the chat logs? Or would print screens of the chatlogs be sufficient?

However, Mohamad Azhar Abdul Halim v. Naza Motor Trading Sdn Bhd [2017] 1 ILR 292, the Industrial Court disregarded a screenshot of a WhatsApp chat. In this case, the Claimant was dismissed by the Company for misconduct. He had allegedly sent threatening and harassing messages via WhatsApp to a colleague (COW-1) who then left due to the messages. The Claimant brought an action against the Company for wrongful dismissal.

In 2015, I reported in Rina Simanjuntak v PP (Criminal Appeal No: P-05-256-09/2014), a Yahoo Messenger Chat log saved the life of Rina Simanjuntak who had been sentenced to death by the High Court for drug trafficking. In 2016, Facebook chat messages saved the life of a German by the name of Rudolf Tschernezow who was charged with drug trafficking. The High Court in PP v. Rudolf Tschernezow [2016] 1 LNS 654 held the accused has proven that he is an innocent carrier using those messages. However, the Court of Appeal in PP v Rudolf Tschernezow (Criminal Appeal No J-05(LB)-345-12/2015) overturned the High Court’s decision and sentenced him to death.

In 2017, another lady tried to use her Yahoo Messenger chat logs to save her from the gallows. In Public Prosecutor v Ni Komang Yuningsih (Court of Appeal Criminal Appeal No. B-05(LB)-285-10/2015 (IND)), the Respondent, an Indonesian woman, was charged with drug trafficking under S. 39B(2) of the Dangerous Drugs Act 1952. She was acquitted by the High Court after she proved that she was merely an innocent carrier.

Notwithstanding the discovery, the High Court Judge acquitted the Respondent. The trial judge held that John Amadi and Prince are not fictitious characters but they do exist based on a print-out of Yahoo Messenger chat. The 195 pages printout was held to be impossible to be created by the defence at a very short period of time to strengthen its case and it also has a convincing story line.

Despite the acquittal, the Court of Appeal overturned the acquittal. The Court of Appeal was of the view that the Respondent's deliberate omission to exercise a reasonable level of diligence in making sure that the bags given by Prince carries no incriminating items is an act of wilful blindness. There were too many inconsistencies with the Respondent's evidence. She was accordingly sentence to death.

Can a legally binding agreement be forged through a WhatsApp conversation? In Shamsudin Bin Mohd Yusof v Suhaila Binti Sulaiman (Shah Alam Magistrate Court Suit No. BA-A72NCvC-384-03/2017), the Magistrate Court answered in the affirmative and held that an agreement was concluded based on oral and WhatsApp messages between the parties.

Would a WhatsApp message constitute written notice under an agreement? In Tengku Ezuan Ismara Tengku Nun Ahmad & Anor v. Lim Seng Choon David [2017] 1 LNS 1840, the Plaintiff sued the 1st Defendant for the return of his money paid for the purchase of the shares in the 2nd Defendant company pursuant to a Shareholders’ Agreement, among others. The 1st Defendant had sold the shares in the 2nd Defendants to the Plaintiff but failed to transfer the shares after being reminded repeatedly.

Any notice required to be served by the parties hereto or by the Directors or EI [the 2nd Defendant] shall be served either by hand, by registered post or couriered post to the address of each party as stated above or by way of telex or facsimile transmission the numbers of which shall be provided by each of the parties to the other.

In Coach Malaysia Sdn Bhd v Ketua Pengarah Kastam Dan Eksais (Kuala Lumpur Originating Summons No: WA-25-193-07/2017) and Transmarco Concepts Sdn Bhd v Director General Of Customs And Excise (Kuala Lumpur Originating Summons No: WA-24-25-05/2017), the taxpayers applied for an extension of time to apply for leave to commence judicial review proceedings against the Director General of the Customs Department's decisions which were uploaded to the Defendant's electronic service by the name of Taxpayer Access Point (TAP System). The taxpayers alleged that they were not aware of the decision until they accessed the Tap System.

Tomorrow: The first statute in Malaysia to use the words "social media" and more.