The battle for OTT supremacy rages on for Vuclip KOREAN dramas are on top of the food chain when it comes to content in Southeast Asia. The problem is that without legitimate ways of watching them, many episodes are pirated.

That has not deterred Over-the-top (OTT) video service provider Vuclip, which provides an app called Viu with Hong Kong’s PCCW Media, from fighting back against pirates. In fact, they are actually beating pirates at their own game.

Viu which is available via Telekom Malaysia’s HyppTV service for home viewers as well as telco Digi’s Video Freedom plan and U Mobile’s Video-Onz plan for consumers who watch on the go. Incidentally, 80% of Viu’s users watch content on their smartphones.

“Pirates are our biggest competitors especially for Korean content,” explained Vuclip Malaysia’s general manager Kingsley Warner (pic). “Hence, there is a need to fast track content as they become available.”

Most avid fans of these Korean dramas don’t understand the Korean language and rely on local-language subtitles though the quality of the subtitles provided by pirates is amateurish at best.

“It is big investment on our part,” he goes on to say,” as we have multiple teams doing translation work on several TV programmes at once and that is something the pirates are unable to do.”

From the moment the TV programme ends Vuclip’s internal team of translators will translate the content into English and Chinese closed caption subtitles within eight hours.

The content is then pushed to its Vuclip’s content team spread across the Southeast Asia region where it will be translated to the local language such as Thai, Tagalog, Bahasa Melayu and Bahasa Indonesia all within a span of 18 hours.

According to Warner, Vuclip is beating the pirates at their own game and is able to translate more shows than the pirates can, ensuring that popular TV shows are available for consumption on the Viu platform first.

“Youth audience will go hunting for content so there is a time factor in terms of addressing this consumer base. At the end of the day, we want to provide value to the consumer by providing the latest content and that requires consumers to pay,” said Warner.

Vuclip operates on a freemium model that allows the company to offer some content for free to attract casual consumers to the platform while selling paid premium content for the latest shows that would appeal to diehard fans.

Vuclip said it provides its content at an affordable price for consumers ranging between US$2- 2.50 a month in markets like Malaysia and Indonesia.

While there are many other competing OTT providers in the region, Warner believes there is space for players as the value of OTT is that consumers who want the best of different content may be subscribers to multiple services.

“The fact that the subscription cost of the average OTT platform in Malaysia is the same cost as a pirated DVD is not a coincidence, we all look and saw that this is an opportunity. With the cost of data is minimum, it all really depends on what you are looking for and a matter of convenience,” he said.

The Viu platform was first launched in Hong Kong in 2015 before it was subsequently launched in other markets like Singapore, Malaysia, Indonesia, India, the Middle East, Thailand and the Philippines

Moving forward, Vuclip aims to engage in more content acquisition adding more content on a weekly and monthly basis. There are also plans for bringing in more Viu Original content from various regions like Indonesia and India to Malaysia.

Warmer also disclosed that there are plans for local production of Viu Originals in Malaysia at the end of this year.

Vuclip also plans to work with more partners, be it existing or with partners, to make their brand more accessible.

“The OTT business is still relatively new, we have only really touched the top of the iceberg so to speak,” said Warner. 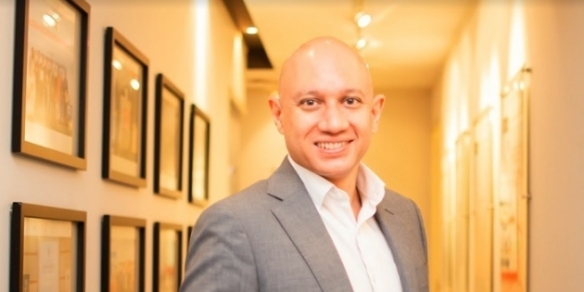